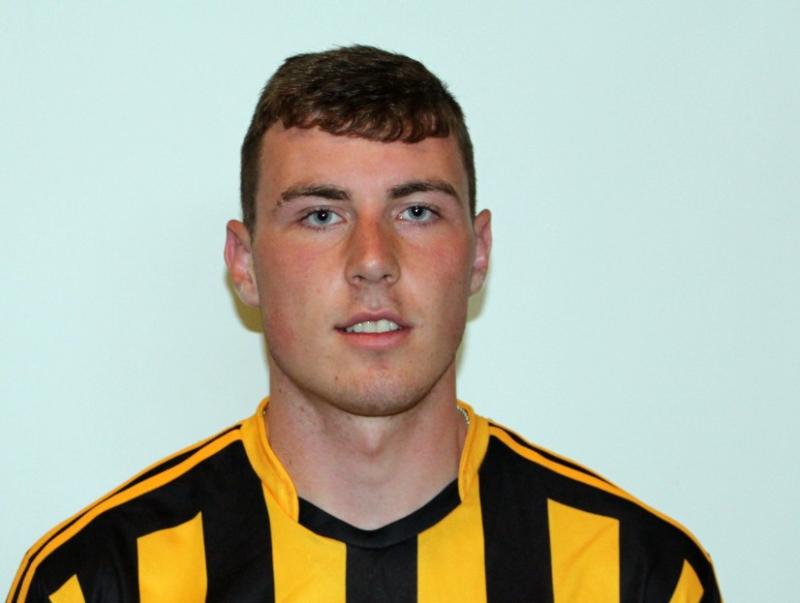 Liam Blanchfield featured among the scorers for Bennettsbridge

A point from a free by Nickey Cleere in the 61st minute earned Bennettsbridge a dramatic win over the Rower-Inistioge in the senior hurling league at Thomastown today.
Five minutes from the end the Rower, who were battling really hard into the wind, took the lead with a point from county star, Richie Leahy. A minute later they failed to converted a relatively easy free which would have piled the pressure on the opposition.
The 'Bridge made good their escape. They hit back for an equaliser from a free on midfield by Cleere, before the same player landed the winner in lost time.
The game was a lively enough affair. The Rower made good use of the elements during the first half, and they were motoring when 0-11 to 0-2 clear in the 24th minute.
However, approaching the rest they lost valuable ground to Nickey Cleere (point) and Sean Morrissey which cut their lead at the break to 0-13 to 1-4.
Four minutes into the new half the winners were back level when Sean Morrissey crashed home his second goal (0-13 to 2-7). The Rower lifted their game after that and hit the front on a few occasions before Leahy's point put them in the driving seat.
However, they were unable to hold on and they were beaten in lost time.
SCORERS: Bennettsbridge - N. Cleere (0-9); S. Morrissey (2-0); B. Lennon (0-2); A. Cleere, K. Blanchfield, L. Blanchfield (0-1 each). Rower-Inistioge - K. Murphy (0-10); P. Lyng (0-3); R. Leahy (0-2); R. Galavan, K. Joyce, T. Murphy, S. Lyster (0-1 each).