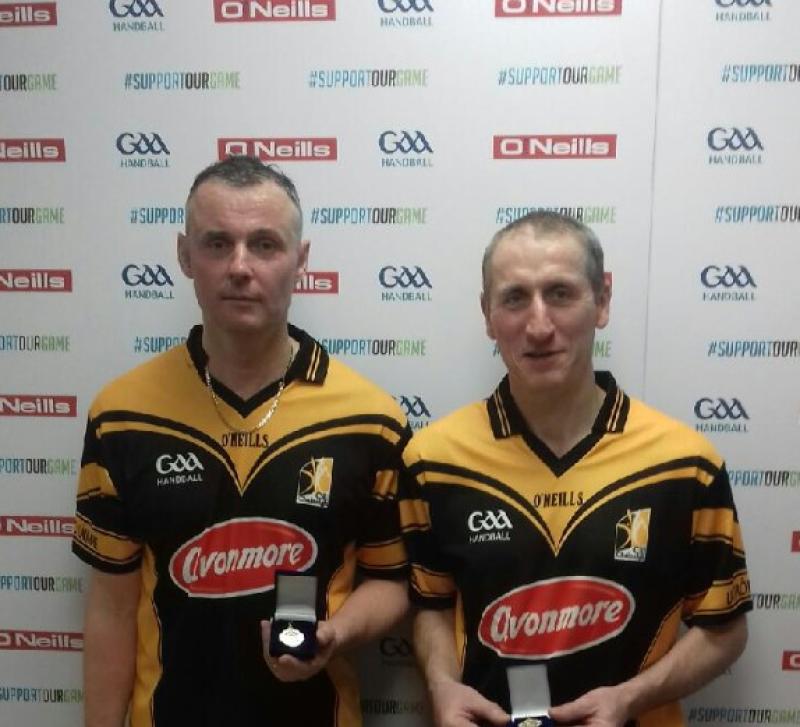 At the Irish junior nationals in Kingscourt on Sunday, two Kilkenny players were in top form as they defeated all challengers to claim the boys 19 and under and the boys 13 and under titles.
In the boys 19 and under grade Shane Dunne, Clogh came through a star studded field to win.
In doing so he booked his place on the Irish team for the World Championships in Minnesota in August.
Having won the All-Ireland under-21 doubles title the previous week the young North Kilkenny player continued his recent good form in the court when turning in another top class display.
He is certainly producing the shots in the alley these times.
After coming through some tough matches on Saturday, Shane won his semi-final against David Walsh (Cork) 15-10, 10-15, 11-7.
In the final later that evening he defeated the highly fancied Sean Kerr, Tyrone 15-2, 15-12.
It was a fantastic win for Shane and no doubt he has his eyes focused on more success in the US.
There was also success for Kilkenny in the boys 13 and under grade where the impressive Kyle Jordan displayed all his skills on his way to the title.
Good win in semi
On reaching the semi-final on Sunday morning the Kilfane player came up against Cormac Finn (Sligo), who he beat 15-1, 15-9.
In the other semi-final Harry Delaney, Kells booked his place in the final when defeating Gary McAleer (Tyrone) 15-10, 15-6.
The all Kilkenny decider was played to a very high standard with Kyle prevailing 15-6, 15-7.
In the other grades in the nationals there was no success for local players.
Hopes were high in boys 15 and under grade where Billy Drennan, Galmoy was one of the favourites in a very competitive group.
However, he lost out to Mark Doyle (Wexford) at the semi-final, 15-7,6-15, 7-11.
Also beaten in the semi-finals was Amy Brennan, Clogh. She was defeated by Mairead Fox (Tyrone) 15-2, 15-11 in girls 15 and under.
In the boys 17 and under competition Jack Holden (Kilfane) and Billy O’Neill (Clogh) were beaten at the quarter-finals by Cork and Clare opposition.
Open trials
This Saturday and Sunday the Open doubles trials will be played in Kingscourt.
The winners will complete the Irish team for the World Handball Championships in Minnesota in August.
In with a chance of getting a place on the team are Kells brothers, Patrick and Peter Funchion. They play recent intermediatee doubles winners Michael Hedigan and Daniel Relihan, Cork in the quarter-finals on Saturday.
The winners are in action later that afternoon with the final scheduled for Sunday ( 1pm).
Fixtures
Men’s Open doubles trials on Saturday, quarter-finals in Kingscourt - 1 Robbie McCarthy/Diarmuid Nash v Ryan Mullan/Johnny Woods Court (11.30am); 2 Darragh Daly/Sean Kerr v Dominick Lynch/Colin Crehan Court 1 ( 1pm); 3 Eoin Kennedy/Carl Browne v Tadgh Carroll/Ryan Harkin Court 2 (11.30am); 4 Michael Hedigan/Daniel Relihan v Patrick Funchion/Peter Funchion Court 2 (1pm).
Saturday semi-finals in Kingscourt 3.30pm and 5pm.
Sunday - final in Kingscourt (1pm).