Jose Mourinho - he has the knack of getting the job done 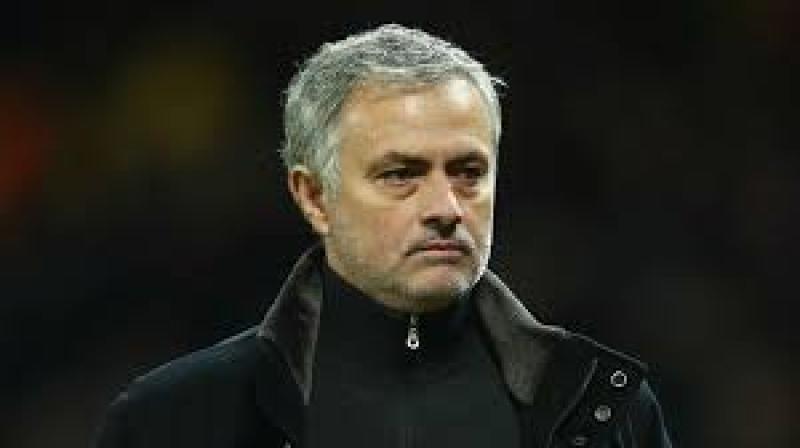 On the basis that you’d be hearing all about it if I’d been right, full disclosure compels me to return to the column of August 11 last year.
In it I wrote about the forthcoming Premier League season. My prediction as champions?
Manchester United.
Look, it seemed like a good idea at the time, not least because of the definable rhythm of the Mourinho cycle.
In his first season at a new club he chops off the dead wood that has accumulated; in the second season he wins the title; in the third season people get tired of the constant noise and he duly goes down in flames.
“Season two is about to begin,” I wrote eight months ago. “Manchester United’s title.”
Now I could say I wasn’t far off. I could say I was only one place out. I could say close but no cigar. But it wasn’t close and I was far off.
With four games left, Manchester City have 16 points more, have scored 33 goals more and possess a goal difference superiority of 34.
Finishing 20 lengths behind the winner does not constitute an achievement in any sport. Particularly not when your star striker cost £75m and your star midfielder a former world-record £89m.
But there’s more. Complaints about the joylessness of it all having constituted an unending theme at Old Trafford of late, the real worry for United fans concerns whether things will be any better next season.
Will they spend another fortune and still end up dining on stodge, while across town at the Etihad the locals continue to feast on pheasant and Krug?
And yet, in much the same way that the last thing a puncher loses is his punch, Mourinho has not mislaid his greatest attribute. He gets the job done most of the time.
He gets the job done, as he did at Wembley on Saturday, and he wins trophies.
The Carabao Cup and Europa League last season, the FA Cup this season. You read it here first.
Wait and see, the Cup final against Chelsea will be a horrible, joyless affair and United will win it 1-0.
Silverware upon silverware. It is how Mourinho is making himself unsackable at Old Trafford in the medium term.
That said, one can’t imagine that formerly long-suffering Manchester City supporters like Brian Doyle and Kieran Conway would be tempted to swap Pep Guardiola for Mourinho any time soon.
While City have spent a frankly obscene £448m on players in the space of two seasons, it was not an inevitability that they’d perform with the verve they’ve shown in 2017-18.
If Mourinho had spent the same money on the same players that Guardiola did, would United be a carbon copy of City? Of course not.
Would such a United have scored a goal as dazzling as City did at Everton recently, with Ederson doing a Stephen Cluxton from the kickout, Leroy Sané stunning the ball in midfield before moving it on and Gabriel Jesus applying the finishing touch, with all techniques carried out at warp speed and the move taking 11 seconds from six-yard area to the back of the Park End net?
Of course not.Nothing resembling that goal had ever been scored in English football before.
“Sitting in the stand,” according to a Goodison Park season ticket holder and Kilkenny native, “you just knew City were going to score from the keeper’s delivery.”
The laughable superiority of the new champions aside, the most striking feature of the 2017-18 Premier League has been the way it’s marked the overdue end of the carousel for the Money for Old Rope merchants.
Sam Allardyce exposed at Everton. David Moyes exposed at West Ham. Alan Pardew a catastrophic failure at West Brom, whom he took from the fringes of the relegation zone to first through the trapdoor.
(Look at their subsequent results against Manchester United and Liverpool.)
Stoke City and Southampton, in a similar plight, could have indulged in some sky-blue thinking; instead they went for Paul Lambert and Mark Hughes respectively. In case of emergency, hire some old warhorse who’s been around the course umpteen times. Yawn
They shoot horses, don’t they?