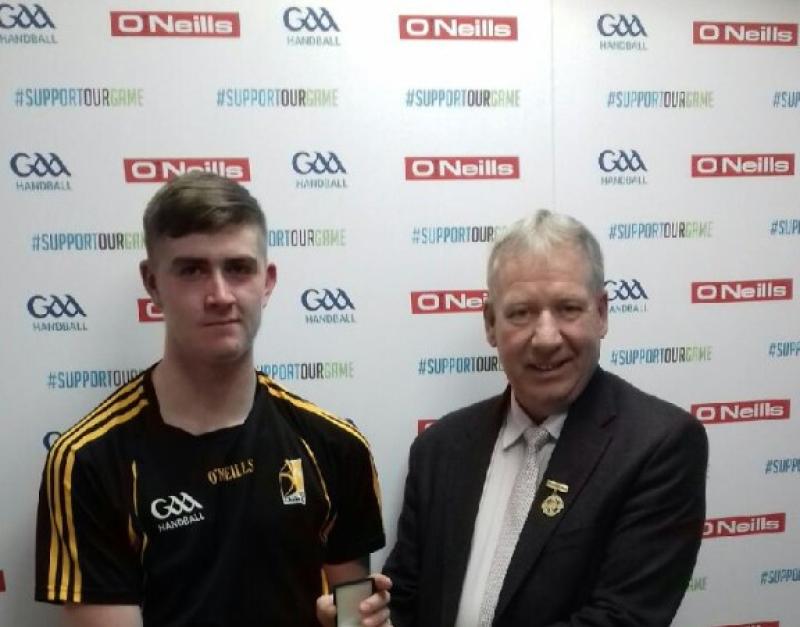 This weekend the first of the Wall Ball tournaments will be played when Breaffy House hosts the Irish nationals.
A large crowd is expected to descend on the Mayo venue for what has become a very popular event.
While Wall Ball handball, or One Wall as it is sometimes called, has become very popular in recent years, there has been growing interest in the numerous tournaments being played.
Following this weekend’s nationals, the Leinster Wall Ball championships will be completed over the next couple of weeks. At the end of May the annual Mount Talbot tournament will be played in Roscommon and on the first weekend of June the All-Ireland series of the Wall Ball championships will be completed at the same venue.
County
Over the last few weeks the local 40x20 championships have almost been completed.
With all grades well supported with good entries there were some very competitive matches played.
The winners of the championships were well spread across the clubs, ensuring that handball is thriving in the county.
Some notable winners were Billy O’Neill (Clogh), who captured minor and junior singles titles. Michael Brennan (Galmoy) took the Masters B crown and Patrick Funchion (Kells) is thee senior singles winner.
Fergal Lalor (Talbot’s Inch) took the honours in junior B singles.
In other Masters championships, Jimmy Purcell (Windgap) is B1 singles winner and Pat O’Keeffe (Kilfane) defeated fellow clubman Mick Dalton to claim honours in the C grade.
In doubles competitions, considerable success was enjoyed by the Windgap club. They won honours across a few grades.
In ladies junior B, Margaret Purcell and Caoimhe O’Shea captured the doubles title. Margaret also won the singles crown.
The junior doubles title went to Sean Foley and Seamus Hawe and the Masters B doubles honours was won by Michael O’Shea and P.J. Barron.
Juvenile fixtures
County under-10/11 B doubles fixtures
Friday (7pm) at Kells, boys under-10 doubles, A Kells 4 v Kells 5; Shane Doyle, Jack Egan (Windgap) v Kells 2; Dan Carroll/Sean Carroll (Talbot’s Inch) v Kells 1;
Glenmore - winner A Cormac Neary/Conor Deegan (Talbot’s Inch) v Kells 3; winner 1 v winner 2; winner 3 v winner 4. Final - winner 5 v winner 6.
At Windgap boys under-11 doubles, Padraig Egan/Partner (Windgap) v Kells 4; Joe Power/David Barcoe (Talbot’s Inch) v Kells 3; Glenmore v Kells 2; Cormac Dowling/Peter Kealy (Mothel) v Kells 1; James Kelly/Marty Campion (Talbot’s inch) v winner A; winner 1 v winner 2; winner 3 v winner 4.
Format - 2x12 ace games; school rules; aggregate scores wins; each player gets four serves.
Front line short line under-10; no backwall in play.
For under-11 boys full rules apply. Results should be emailed to the Juvenile Officer or text to 087-2286565.