A trip down the 'Lane to see the Spurs 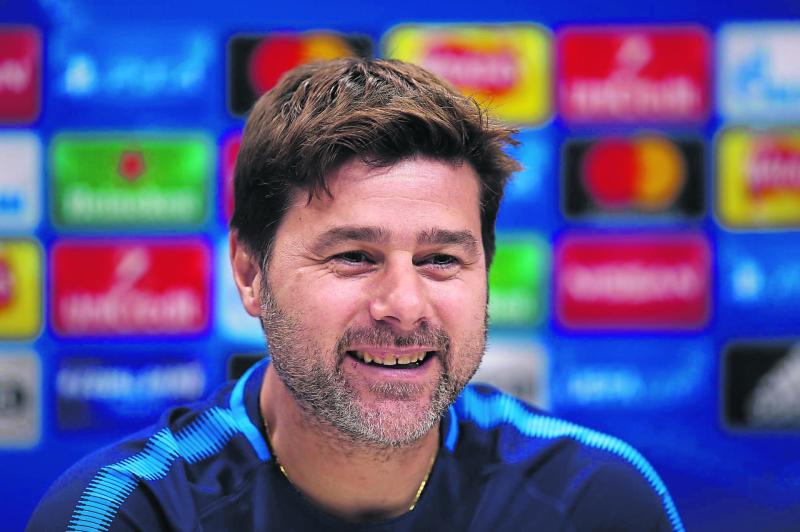 Driving up Tottenham High Road in the drizzle last Monday week the cranes came into view first, spindly monsters thrusting at the skyline.
Five minutes later we were passing a huge curved vision of glass and steel and concrete, as though a spaceship had descended from the heavens and plonked itself on a street corner in London N17.
The new White Hart Lane.
On the plus side it looked great, or at any rate the completed parts looked great.
On the minus side it looked way off being finished, partly due to the harshness of the winter. It’s also way over budget, another uncontrollable, with Spurs having already implied they won’t be in situ for the beginning of the 2018/19 season and will have to start with a series of away games.
Will that amount to anything more than a temporary hiccup? Probably not.
Once the new ground is opened it’ll be opened, and on the face of it the redeveloped White Hart Lane – whatever it will be known as for branding purposes will soon become public - should allow Tottenham to compete on a level playing field with Chelsea, Arsenal and Liverpool.
The two Manchester clubs are a different matter, of course.
Substantial achievement
In terms of all the financials - turnover, matchday income, player wages and so on – Spurs figure in sixth place in the Premier League, meaning that manager Mauricio Pochettino’s achievement in bringing them to the brink of a third consecutive Champions League qualification on a shoestring is a substantial one.
Yet whether the new stadium proves to be a silver bullet for all of the club’s problems remains to be seen.
Christian Eriksen, their best player, is surely keen to try his hand in Barcelona or Paris at some stage.
Dele Alli is someone else who’ll hardly be around in five years’ time.
But at least Spurs aren’t leaving home. They’ll still be in N17 and still on the footprint of the old White Hart Lane.
This is important, as a trip to the former Olympic Stadium in east London for West Ham versus Manchester City the previous afternoon had demonstrated.
Here too it was as if another flying saucer had gravitated earthwards, except this time landing in the middle of nowhere in the wilds of Stratford.
The contrast with West Ham’s former ground couldn’t be more striking.
Upton Park was one of those glorious old-school venues (Goodison Park and Villa Park are others), a short walk down Green Street from the Tube station.
There were jellied eel stalls. There were purveyors of pie and mash. There was a buzz.
This was the genuine match-day experience.
Stayed up
All of which is absent in Stratford. That said, had West Ham done better this season than they did, their new home wouldn’t have become the lightning rod for supporter dissatisfaction that it has.
Not till last Saturday, the penultimate weekend, did they make sure of staying up.
In other words, various niggles that would otherwise have remained niggles became full-blown problems.
Niggles like the difficulties inherent in leaving a grand old ground, exacerbated in this instance by the fact that West Ham’s relatively successful farewell season at Upton Park left the fans feeling like something had been left behind; the marketing hyperbole about the alleged wonders of the new stadium, complete with the daft claim that the seats would be “as close to the pitch as they were at Upton Park”; the promise that the move would “take the club to the next level”; the loss of Dmitri Payet, the club’s one standout performer; the dross purchased in return.
Careful what you wish for: you might get it. The West Ham board wished for, and got, the Olympic Stadium for a knockdown price.
Turned out their problems were only beginning.
They’ll fling themselves into the transfer market again over the next few months. This time they have to get it right.
PS - The London Stadium is a 20-minute walk away from Stratford Station. Makes you appreciate the foresight of the Kilkenny County Board in purchasing and developing Nowlan Park, a site chosen for its proximity to the railway station, nearly a century ago, eh?