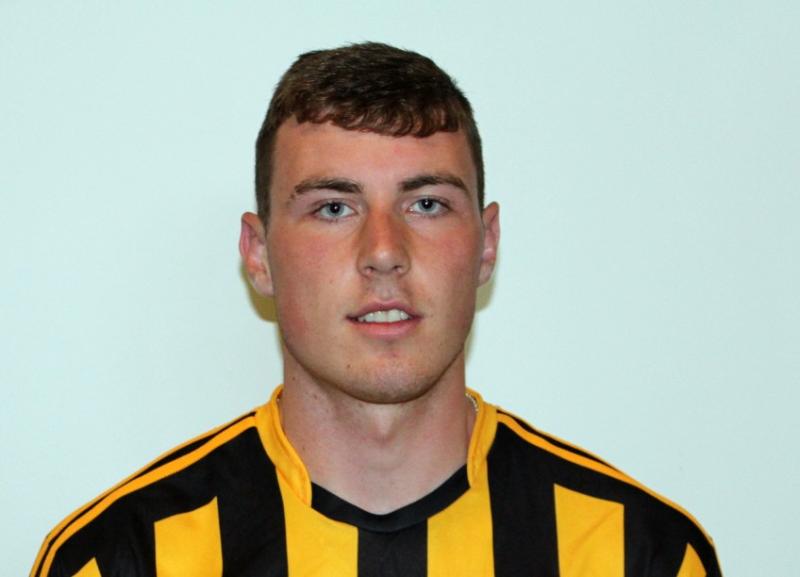 'New Kilkenny' used up one of their nine Cats lives when putting in a storming finish to out-score Dublin by 1-6 to 0-2 during the closing 10 minutes or so to claim a dramatic win in Round 1 of the Leinster senior hurling championship series at Parnell Park today.
When Dublin sub Fiontán McGibb pointed for the home side they led by 3-14 to 0-18. They looked all over winners as they were playing with supreme confidence and absolute conviction and they had the opposition in a bind.
However, Kilkenny, who started with seven players making their championship debut, hung on and on. An exchange of points followed between T.J. Reid and Dublin captain, Chris Crummey, before Reid, goalie Eoin Mur phy, sub Colin Fennelly and Murphy again all registered for the charging Cats.
Then with five minutes remaining sub Liam Blanchfield took a neat, close range pass from Luke Scanlon on the left, and he powered his way through to bat the ball into the Dublin net.
Kilkenny were in front, 1-23 to 3-15, the first time they had led since Eoin Murphy shot the opening point of the game in the second minute.
The Dubs just couldn't get back to save the game after what was an heroic effort, but they travel to face Wexford next week lifted by the effort insisted manager Pat Gilroy.
Goals from Paul Ryan and Fergal Whitely early and late in the first half made all the difference as breeze assisted Dublin opened up a good interval lead of 2-7 to 0-9.
The visitors opened the scoring when goalie Eoin Murphy converted a huge free from his own '55' metre line. However, by the third minute Dublin were in front.
Full-forward Liam Rushe burst a hole in the Kilkenny defence to lay off the ball for Paul Ryan to blast to the net from 12 metres.
When Whitely poked the ball into the net in the 35th minute after a bullet like shot from Ryan was saved, it was an ideal tonic for the home side.
The Dubs continued to push the pace in the new half. Their hurling was brilliant at times as Conal Keaney and Liam Rushe led the charge up front, but they were tripped up by the storming finish by the Cats, who entertain Offaly in Nowlan Park next weekend.
SCORERS: Kilkenny - T.J. Reid (0-12); E. Murphy (0-4); C. Fennelly (0-3); L. Blanchfield (1-0); W. Walsh, J. Maher (0-2 each); J. Donnelly (0-1). Dublin - P. Ryan (1-6); C. Keaney (0-4); J. Malone, F. Whitely (1-0 each); P. Winters (0-3); C. Crummey, T. Connolly, F. McGibb (0-1 each).
Kilkenny - E. Murphy; J. Holden, P. Walsh, P. Deegan; C. Delaney, C. Buckley, E. Morrissey; R. Leahy, J. Maher; M. Keoghan, T.J. Reid, J. Donnelly; B. Sheehan, W. Walsh, G. Aylward. Subs - C. Fennelly for Sheehan 32nd min; C. Fogarty for Keoghan ht; P. Murphy for Morrissey; L. Blanchfield for Leahy; L. Scanlon for Aylward.
Dublin - A. Nolan; P. Smyth, C. O'Callaghan, B. O'Carroll; S. Barrett, S. Moran, C. Crummey; R. McBride, Ee. O'Donnell; J. Malone, C. Keaney, D. Sutcliffe; F. Whitely, L. Rushe, P. Ryan. Subs - P. Winters for Ryan; T. Connolly for McBride; F. McGibb for Whitely; R. O'Dwyer for Keaney; S. Durkin for Malone.
Referee - D. Kirwan (Cork).