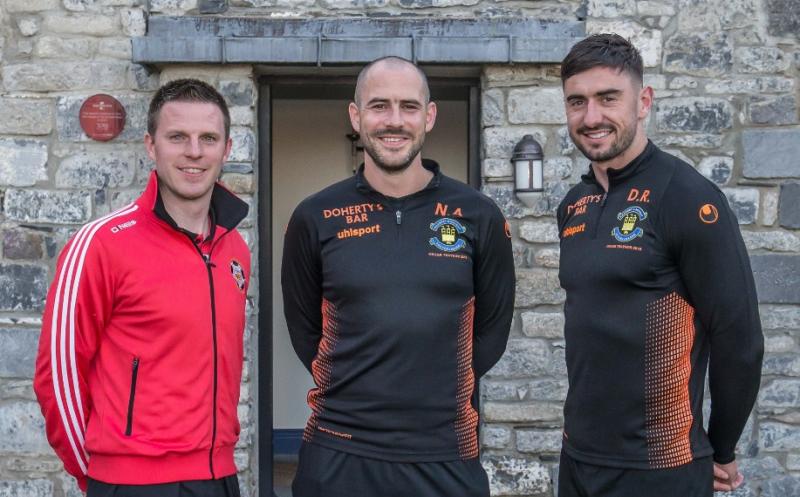 The circle may be nearing completion, but Niall Andrews is delighted to be back where it all started.

As a teenager, Andrews came off the bench to score the sudden death penalty that saw the Kilkenny & District League win the 2001 Oscar Traynor final in Galway.

Now, fast-forward 17 years, and the experienced Evergreen mainstay is ready to captain the Cats into the 2018 decider in Derdimus.

“It’s been a long time coming for Kilkenny to get back into the final, but we’re all looking forward to it,” the captain said in the build-up to Sunday’s clash with Carlow.

“When you look at the club representation we have I know the Kilkenny soccer public will get behind the squad for this game,” he said. “With it being a local derby, the more people we have there to get behind us the better.”

One of Kilkenny’s most decorated players, the former Irish junior international has been a defensive bedrock for the Cats this season. He is relishing his return to the ranks.

“I always enjoyed playing Oscar Traynor,” he said. “Family commitments and getting a bit older - “you need a week or two break between games,” he said with a smile - meant I gave the club my priority with games in latter years but when the managers asked me if I’d give it one more push I had to.

“I felt the belief the lads had that we could go far in the competition,” he added. “When you look at the squad that’s been assembled you can see they were right to think that. I’ve had great respect for the two managers so I said I’d commit for another year.

“Lucky I did too,” he added. “Now I’m fortunate enough to be leading a super group of players out in a home final.

“It would be super to win it,” he added. “We’re there to win it. It’s all about giving a performance, finishing the job and getting the win but we know it won’t be easy - Carlow have beaten some very good teams along the way.”

And they’ll have a match in the Kilkenny side.

“We have skilful players who are able to play football, but we’ve outworked sides too,” he said. “That desire will be vital for the final.”