Oscar Traynor: Kilkenny are all set for a neighbourly battle as Carlow come calling 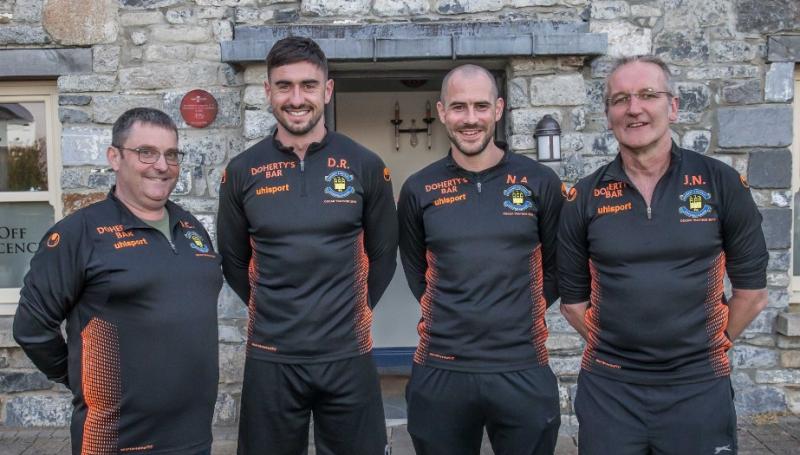 The pinnacle of any sport is to deliver a team with the ability to compete in, and win, major competitions.

The Kilkenny & District League’s Oscar Traynor team are half-way there and know they can complete the task if they beat Carlow in Sunday’s final at Derdimus (kick-off 3pm).

“It has been a great season for Kilkenny soccer,” said Jim Cashin. “The game is in a good place, so this final will be the icing on the cake.”

Cashin, together with fellow manager Jim Nugent, has worked the oracle and assembled a Kilkenny team that has blazed a trail all the way to this year’s final - an occasion more than just the players and managers are looking forward to.

“It’s a massive game - the boys are all up for it,” he said. “We’ve been getting a great reaction from reaching the final; everyone you meet on the street is wishing us well. You’d be amazed at the interest people are taking in the game.”

While Kilkenny enjoyed a dominant spell in the competition, the Cats have been absent from the big stage for some time - it’s 11 years since Kilkenny were in a final and 16 (2002) since they won the competition.

While the team’s fortunes ebbed and flowed in recent years - dropping to levels where the team was withdrawn from competition - things are very much on the up this term. The managers have helped revive the interest, but gave all the dues to the players.

“Both Jim and I would be hesitant to take the credit - as far as we’re concerned it has to go to the players,” Cashin said. “The League asked us would we be interested in doing the job but before we agreed we contacted a number of players we wanted on board. To a man, they all agreed to give it a go. Once we got the commitment from the players, we were willing to go ahead.

“It’s all about the players,” he stressed. “You could have Pep Guardiola living in Kilkenny but if the players don’t want to play there’s nothing you can do about it!

“We knew that the players were good enough,” he added. “The big thing was getting them to buy into it, which they did.”

Getting a competitive team to play was vital, Cashin felt. The prestige of the competition deserved it.

“We felt it was important,” he said. “Jim had such a good track record in the competition, winning it four times as a player.

“We were always huge fans of the Oscar Traynor and felt it was a pity that things had gone badly in the last few years. We said we’d give it a year to see how far we could get. Now we’ve reached the final we want to win it.”

Without tempting fate, Cashin always felt this side could compete.

“We wouldn’t have started this journey if we didn’t think we could finish it,” he said.

“The players have been brilliant and come through some challenging games. It has been a tough run to the final, which has only strengthened their resolve.”

The players have bought into the club mentality fostered by the managers. It was their willingness to work together that has led them to the final.

“Character and spirit are a huge part of any team,” Cashin said. “That goes for every sport, not just football.

“Skill and ability will only bring you so far; they’re no good to you if you haven’t got the attitude or willingness to work hard.

Thankfully our lads have the skill but they also work hard and have pulled together from the off.

“There is a club rivalry there between Freebooters and Evergreen, who make up the bulk of our squad, but it’s no different to the rivalry you might see between James Stephens and Ballyhale Shamrocks - when they go into the one dressing-room and pull on the county jersey they give everything as team-mates.”

Kilkenny’s spirit will be tested on Sunday as they face a Carlow side who will play in their first Oscar Traynor final.

“They’ve reached the final and deserve to be there,” said Cashin. “They are a good side - bad sides don’t reach finals.

“Sport is on a high in Carlow at present, so that will feed into their confidence for the final. They’ll come to Derdimus with a massive crowd behind them and they will be a difficult side to beat.”

As for the game itself, he is predicting a tough test where the importance of the entire squad could be a factor.

“Finals are tight - you don’t want to concede anything early on so I imagine the first 15-20 minutes will be a game of cat and mouse to see what the opposition has,” he predicted. “A lot will depend on the weather too; a warm day will be energy-sapping so the squad will be important. It’s the quality on the line that could be the difference between winning and losing.

“All 17 players are fit and raring to go for Sunday,” he finished. “We can’t wait for the game to come around.”

Path to the final