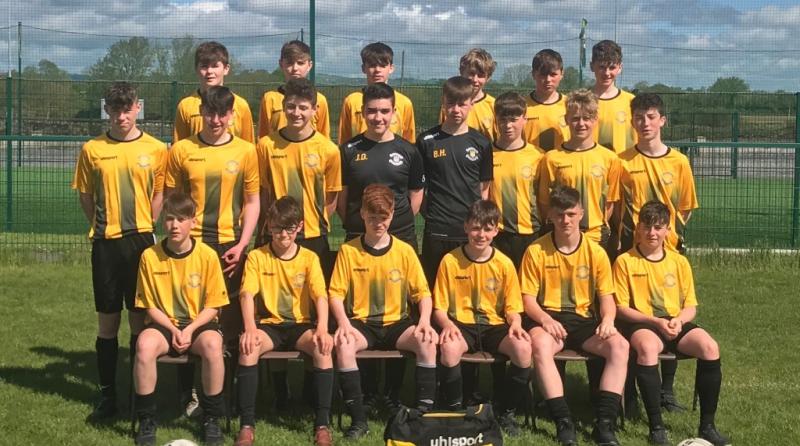 Nerves of steel saw the Kilkenny & District League’s Kennedy Cup team come through the dreaded penalty shoot-out to earn a place in the Kennedy Bowl final.

P.J. Brett’s side saw off the challenge of an impressive Limerick County, winning 4-2 on spot kicks, to set up a meeting with the Midlands League in tomorrow’s Bowl final (kick-off 12 noon). The game will determine who finishes ninth and 10th out of the 32 teams competing in the inter-league competition at the University of Limerick.

In a tight game the Kilkenny defence had their hands full dealing with Limerick’s attacking threat. However, the County side didn’t create much in the way of clearcut chances, leaving the sides all square at 0-0 at half-time.

The second half followed along a similar pattern, but Limerick were desperately unlucky not to take the lead when a header hit one post, then the other, before Kilkenny cleared their lines.

When the game went to penalties Bill Hughes made his presence felt. The East End United goalkeeper has been one of Kilkenny’s star performers in the tournament, and added to his reputation by saving two Limerick penalties. Evan Rudkins, Robbie Ring, Cillian Hackett and Cillian Kelly scored for the Kittens, who now have a final to look forward to.