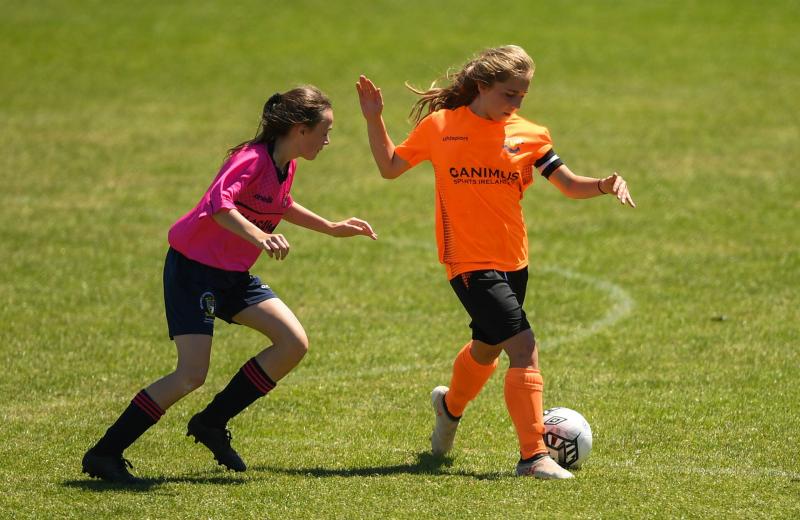 A series of good results brought Gaynor glory for the Kilkenny & District League, but the real seeds for success were sown a year ago!

Fresh from masterminding the side’s march to glory, which was capped by a 1-0 Cup final win over the Midlands League on Sunday, the Kilkenny management team spoke of how past experience paved the way to victory.

“We brought them up here last year to play the under-14 competition even though they were an under-age squad,” said joint manager Fran Egan as the Kilkenny celebrations went on around him.
“We knew that was a risk,” said fellow manager Davy Doyle, continuing the story. “But that’s what tournament football is all about - if you lose your first game you could find yourself in bother.

“We went one down to Galway in our opening game but came back and won 2-1. From there, they never looked back.”

Ellen Molloy played a captain’s role in Sunday’s final, played in searing heat at the University of Limerick. A real livewire throughout, Molloy showed lightning-quick reactions to race in at the back post and finish Freya De Mange’s corner in the dying seconds of the first half. 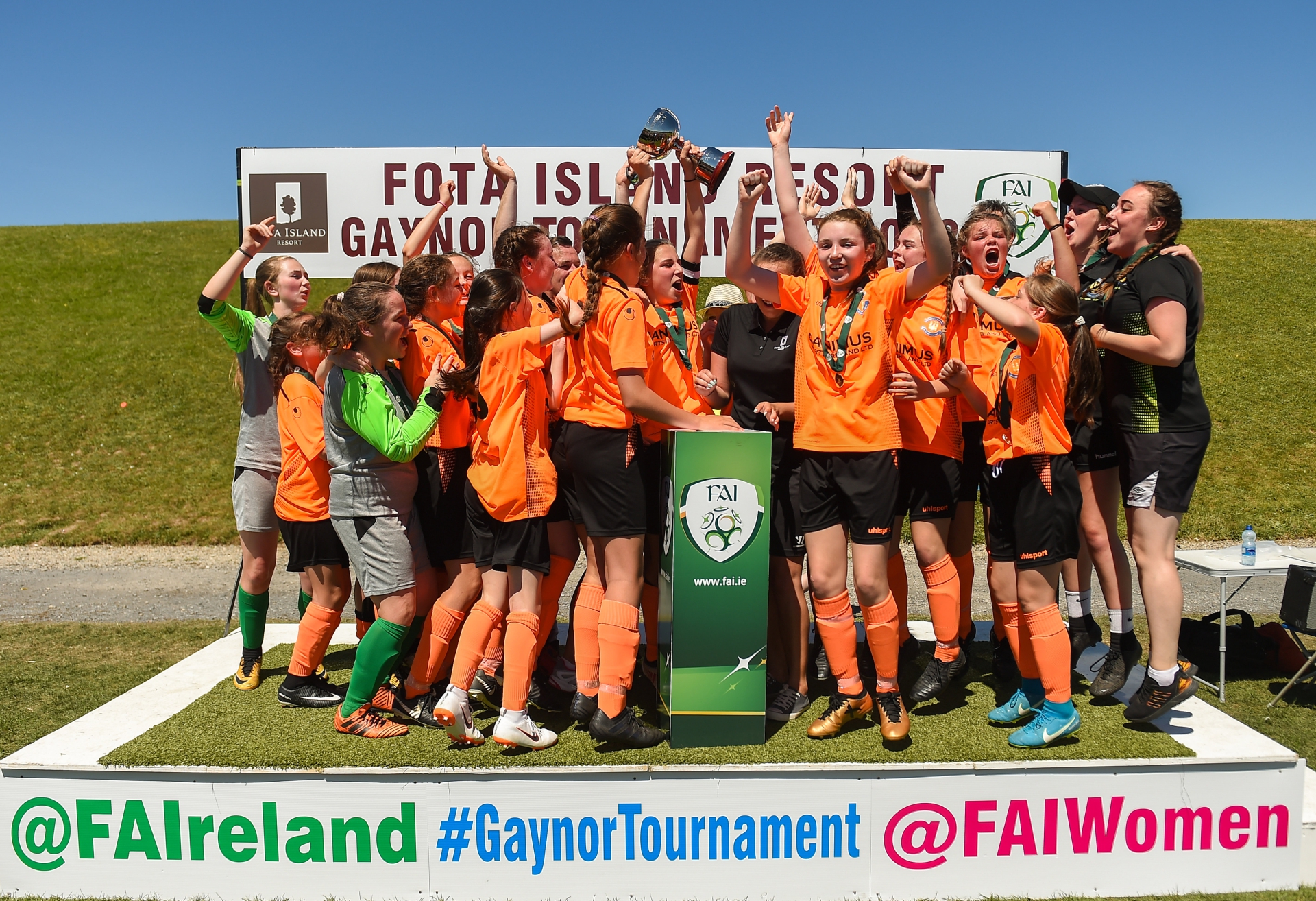 The goal came at the end of a good spell for the Cats, who weathered something of a Midlands storm in the early stages. With their defence proving solid Kilkenny kicked on, growing in strength as the half wore on. Molloy went close with a free; De Mange went even closer, curling a 15th minute effort over the wall but just outside the top right corner of the Midlands net.

Molloy was a threat throughout the tournament – she was named Player of the Day on the opening day and Player of the Match for her performance in the final – and had another pop at the target soon after.

Latching on to a Lucy Walsh throw-in Molloy made her way across the box, but Midlands ’keeper Amanda Ryan was behind the shot.

Kilkenny kept pressing – De Mange sent a long-range shot just over the bar – and got their reward when they won a corner after Ryan did well to turn Aine Rohan’s stinging shot round the post. De Mange whipped in a corner which flew across the box – Molloy nipped in at the back to find the net.

The Midlands tried to raise the tempo in the second half. They made a lively – and unusual - start, with goalkeeper Amanda Ryan going for goal right from the kick-off, but Libby Begley watched the ball all the way.

The Cats had chances to extend their lead through their main threat Molloy – she saw a second half header loop over the bar, while an acrobatic kick flashed wide – but in the end one goal was enough to secure the spoils.

It was a fitting end to a great week for Kilkenny, who ended their tournament with a 100% record. A Molloy brace sealed the 2-1 comeback win over Galway, while they also beat Limerick Desmond by the same scoreline.

Sunday’s final was a tougher affair, but the Cats hadn’t expected anything less.

“We played well in our semi-final but the final was all about winning,” said Doyle. “We knew we had the characters in our side to do that. They’re a special bunch – they play the game hard, win or lose, and they compete for places on the team but the bond they have means they’re great friends off the pitch too.” 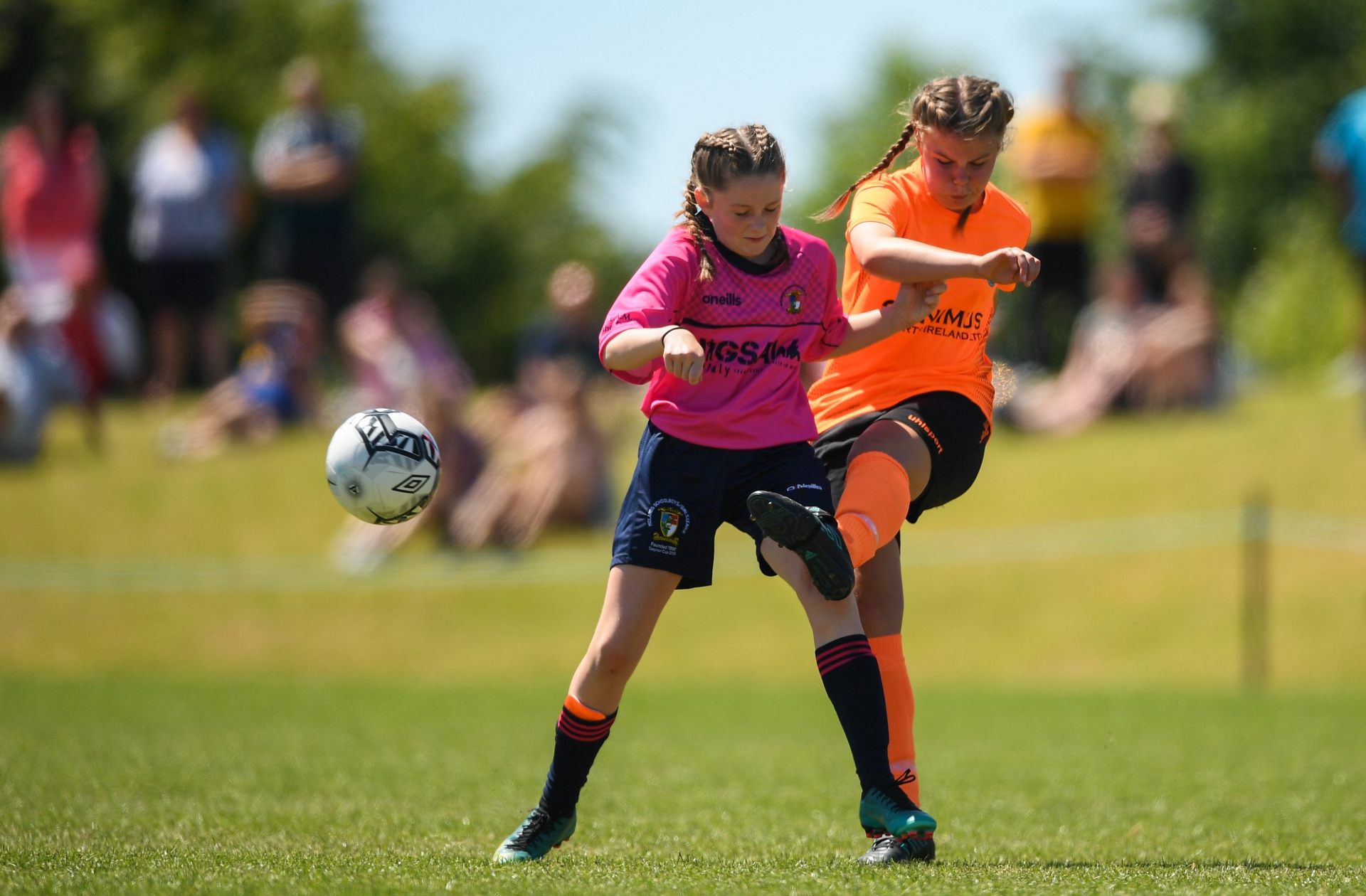 It was a great experience for Kilkenny, not just in winning but what the competition meant to the side as a whole.

“Winning the Cup was brilliant, but the experience of the whole tournament was great for the soul,” Doyle said. “I couldn’t say enough good things about the team.”

Both Egan and Doyle have toiled away with the under-age soccer scene in Kilkenny, bringing the next generation of players through.

“This tops everything off,” said Egan. “We’ve been with the girls in this squad since they started playing soccer at under-8 level and have worked with them since. They’ve come on as a squad, matured into a side beyond their years.

“Girls’ soccer in Kilkenny is growing,” he said. “A lot of people are putting a lot of hard work in behind the scenes (“no more than Fran,” interjected Doyle) while the League and families of the players have shown us great support. All that work has paid off with this win for a team who have worked so hard – they’re like 19 extra daughters!”