Enda McEvoy: I wouldn’t dream of picking the team for Kilkenny's Leinster senior hurling final clash with Galway on Sunday, but... 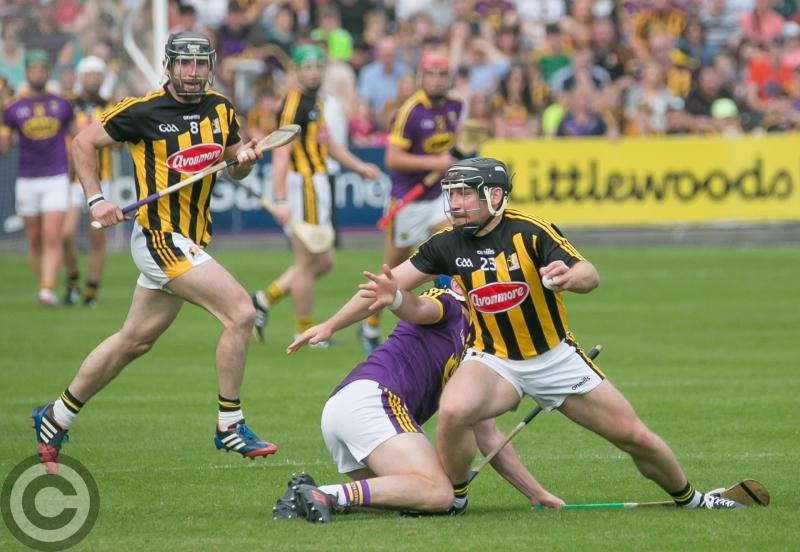 Brian Cody doesn’t like other people picking his team. All very understandable.

He’s been doing it for 20 seasons and he’s been doing it with what might be described as a fair degree of success. He’s got it right far more often than he’s got it wrong, and even when he does get it wrong – as against Wexford a couple of weeks ago – he’s in a position to undo the damage.

Also, he sees the players in training every night. He knows which ones are flying and which ones are earth-bound. This is information to which the lay reader is not privy.

So I wouldn’t dream of picking the team for Sunday's Leinster final on his behalf. Oh no. Not at all.

One suggestion, though. Joey Holden must start.

Holden didn’t start against Galway in Salthill and that was a mistake. Granted, he hadn’t impressed against Dublin, being much too fumbley and fidgety. But against this Galway attack, the first requirement is defenders who can take care of themselves and who won’t be pushed around.

That’s why Enda Morrissey, a young man in his first year on the scene who has acquitted himself splendidly to date, was an unwise choice in Salthill on the grounds of horses for courses.

Not because he was Enda Morrissey but because this was Galway, with all those man-mountain forwards. And it’s why Holden should be handed a starting berth on Sunday.

There’s also the matter of Richie Hogan, should he be deemed fit enough to start. In the past, not least in the drawn 2014 All-Ireland final, Richie has prospered by finding space between midfield and the half-forward line. A deep-lying centre-forward, as it were. A false 11.

That won’t be an option here because Galway protect their half-back line as stringently as Kilkenny used to protect theirs a few years ago. David Burke screens his half-backs and fills the space into which a false-11 Hogan would be drifting. So: Hogan on the edge of the square, with the half-forward line pulled way out the field? We shall see.

Yet a bigger and weightier question surrounds the subject of the underdogs’ general approach. This is a match that will not be played on their terms, so what kind of game do they propose to prosecute (inasmuch as Galway’s physical power allows them to)?

It is the kind of challenge with which Cody has had to acquaint himself, and with increasing frequency too, over the past two seasons. For a decade or more his lads were the ones dictating the rules of engagement. Now they’re the dictatees, if that’s a word.

The task ahead of Cody and his selectors, then, is not simply a tactical exercise. It is an exercise in tactics, strategy (which comes before tactics), intellect, imagination. The works.

Croke Park should be of benefit in that regard. Kilkenny will at least have the space to go wide rather than finding themselves funnelled down the middle and sucked into a giant maroon whirlpool from which they will not emerge.

Aqueducting clean possession in to T.J. Reid, who was crowded out of it in Salthill, is a priority. And Richie Leahy, who despite being unwise in a couple of his deliveries was the standout individual in stripes in the under-21 match in Tullamore last week, will have a role to play in getting on the ball and turning the Galway half-back line.

Kilkenny don’t have to win this and they almost certainly won’t. But they do have to perform and they mustn’t be 11 points down in the depths of injury time, as was the case the last time the sides met, and should they lose they at least need to hurl sufficiently well as to suggest that they’re closing the gap and that they’ll be in with a shout of beating Galway next time around.

Too much to ask for? Not in the least.