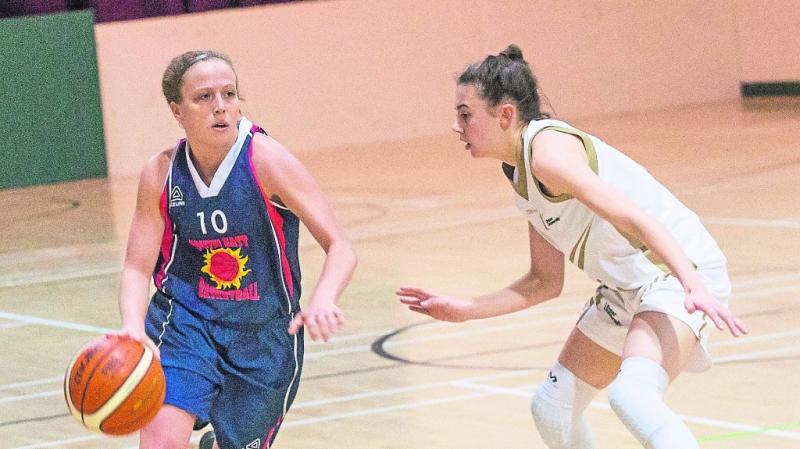 The cream of Kilkenny's basketballers will be representing the county at the top level in the women's game next season.

The Marble City Hawks will compete in the women's Super League after Basketball Ireland announced that the men’s and women’s National Leagues will expand from 42 teams to 49 teams for the upcoming 2018/19 season.

New additions to the Men’s Super League sees the promotion of Keane’s SuperValu Killorglin and Neptune BC to the division at the cost of Éanna and KUBS, who will play their basketball in the Men’s Division One next year.

Meanwhile, the two Division One leagues have experienced big growth this year. The Men’s Division One league will expand from 14 teams last season to 17 teams this year. This growth will see the division split into two conferences – North and South – and sees three men’s teams in Limerick: LIT, UL Eagles and Limerick Celtics. Tolka Rovers and WIT Vikings will also join the league this year.

The Women’s Division One is also experiencing growth, moving from seven teams last year, to a 10-team league this year, including new teams Phoenix Rockets (Ulster), Maree and St Mary’s Castleisland, as well as a second Limerick team – Limerick Celtics – to bring the total number of national league teams (men’s and women’s) in Limerick to five. The Women's Division One will also be played in a conference format.

"The numerical growth of our National League is very encouraging, as indeed is the geographical spread," Secretary General of Basketball Ireland, Bernard O’Byrne. "However, we also need to be firmly focused on improving and maintaining playing standards, presentation of the games and the need to make all our games family social events. We are heading in the right direction but there is still a lot more to be done."

Fixtures for the divisions will be announced next month.