Kilkenny health and fitness: Seven ways to train during a heatwave 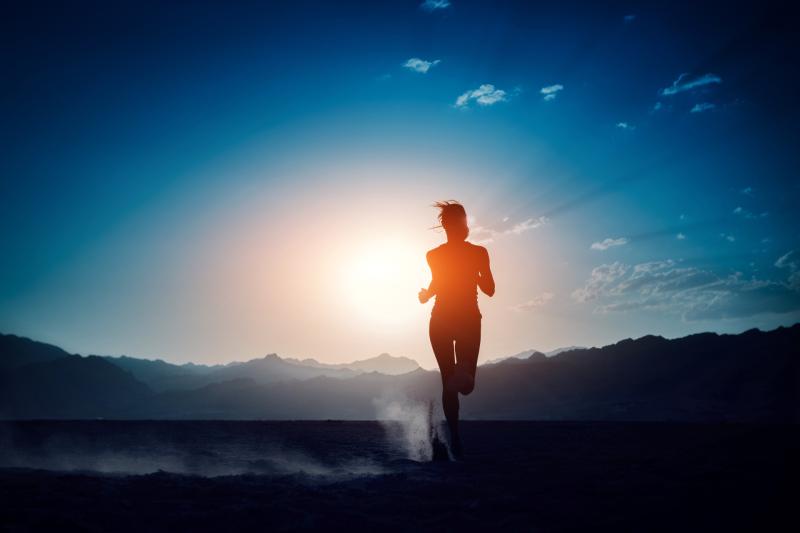 it's important to train smartly when the temperatures rise

With Ireland basking in the sunshine lately more and more people are getting out in the open air to exercise. However, it's important to train smartly when the temperatures rise.

Here are some handy tips to keep you training safely when the weather is hot.

It’s always important to follow a general guideline with fitness, whether it’s equipment, attire or what you’re supposed to be eating. This guide should hopefully create a base reference point for any sport.

Your number one enemy when exercising in the heat is dehydration. As your body struggles to cool itself down in the high temperatures it will start to sweat more, which will expel electrolytes from your body.

Even if you don’t feel thirsty you can still be dehydrated, so it’s extremely important that you consistently take on fluids throughout your workout, preferably in the form of low-sugar energy drinks containing electrolytes.

If you live in a hot area and think you’ve mastered exercising in the heat, think again. According to a study published in the American Journal of Clinical Nutrition heat acclimated athletes have to focus even more on fluid replacement as they sweat more and dehydrate more quickly.

There’s nothing worse than exercising outside and having to do battle with the sun blinding you at every turn, sweat dripping into your eyes, and suffering from sunburn on your face.

This can all be avoided by wearing a hat while you exercise in the heatwave. It can’t just be any old hat though - a regular hat will just serve to heat up your head even more and turn your hair into an uncomfortable sweaty mess.

Instead, grab yourself a running hat. Running headwear is specifically designed to keep your head cool with air vents and mesh construction.

Switch up your schedule

If you have a traditional midday run, it’s time to change your schedule when the heatwave hits.

Try to fit your exercise in at cooler times of day, such as an early morning workout before you head to work. Alternatively you could even exercise late in the evening due to the longer daylight hours.

If you absolutely have to head out in the sun, make sure you stick to the shade as much as possible. Dr Clifford Bassett of the NYU School of Medicine suggests finding shade is particularly important for your cool down, as it’ll allow your body to return to a more comfortable temperature much more quickly.

One of the easiest things you can do to help with heatwave workouts is to cool yourself down before you exercise. This could include an ice bath, wrapping a cold towel around your neck, or even something as simple as a cool drink.

Researchers from Cal State-Fullerton found that people who ‘pre-cooled’ before exercise found their workout easier than those who didn’t, with both lower internal and external temperatures.

Pre-cooling works to lower your core temperature, which means when things start to hot up during your workout it has further to go before it reaches levels that will affect your performance.

Do you want to be that guy in the park wearing an old cotton college T-shirt that looks like he’s fallen into a pond mid-workout? Thought not.

When temperatures rise you are going to sweat more, and if your clothing traps this sweat you are not going to have an enjoyable workout. Specially designed workout clothing will have wicking fabrics, which draws sweat away from your body and allows your body to cool itself effectively, as shown in a study at the Georgia Institute of Technology in 2004.

The colour of your clothing is important too – dark fabrics will absorb heat and make you feel even hotter, whereas lighter clothing will have the opposite effect.

Sometimes you need to accept that you’re not going to be able to perform at your highest level – a heatwave is one of those times.

With your body struggling with dehydration and electrolyte-sapped muscles, the last thing it’s going to be doing is pushing itself to the limit. To do so will risk injury or illness. Even if you want to ignore the warnings and go for your PB in the heat, your body probably won’t even let you.

A 2004 study into heat storage during exercise published in the Journal of Physiology theorised that the human body detects heat levels before exercise and actively slows you down to prevent critical internal temperatures being reached.

When the heat gets too much for you, it’s time to head to the local pool!

Swimming is a fantastic cross training exercise no matter what sport you’re into, and will keep you cool at the same time. It’ll also help with all the excess sweating you usually do when exercising in the heat.

A study published in the International Journal of Physiological Performance found that swimmers sweat less than runners and non-athletes because of the aquatic environment they work out in.

However, this also means that what you do sweat out will have a higher concentration of electrolytes, so be sure to pack an energy drink for after your swim.