A short season will finish in November 2018, with calendar football starting in February 2019 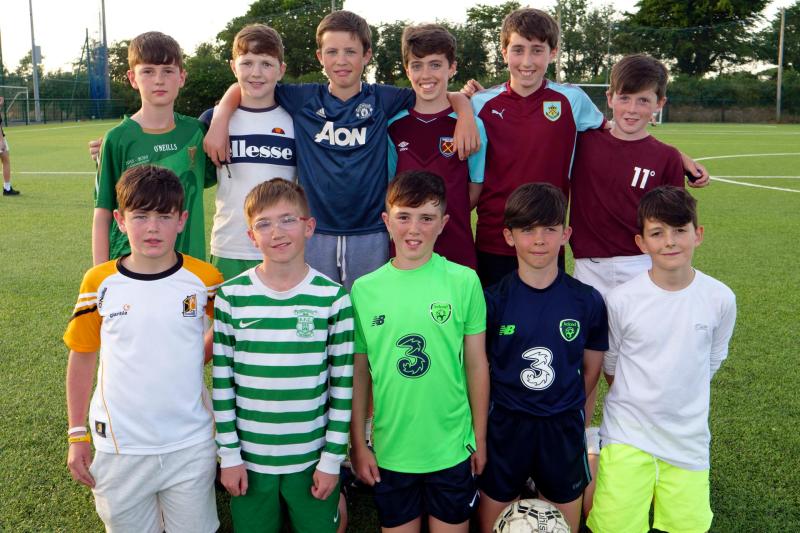 The Evergreen under-13s celebrate a good season at their awards evening. From next year schoolboys' soccer in Kilkenny will switch to a calendar season format PICTURE: Michael Brophy

Summer Soccer will be part of the Kilkenny & District League for 2019.

Competitions for schoolboys and schoolgirls clubs will be held in one calendar year from next year after League clubs made the call to kick on with the change.

The decision, which went before clubs present at the League’s annual meeting, was made after delegates were given the chance to have their say on what has been regarded as one of the most contentious issues to hit soccer in recent years.

The SFAI are pushing for all under-age leagues to be run across a single year by 2020 - the League’s committee put forward two avenues: change in 2019 or wait the extra year.

When the decision falling to the clubs, the majority present at the meeting expressed an interest in starting a year before the schedule timeline. As a result, Kilkenny will have a short season to see out 2018, before bringing in calendar football in February 2019.

The new format will mean that clubs will have a short, round-robin style season which will start in August/September and finish in November. No league titles will be played for, but cup competitions will be down for decision.

When the calendar game comes in clubs will kick-off their campaigns at the start of February. Cup competitions will be used to usher teams into the new system and, following the exam break in June, leagues will be completed from August to November.

The option of playing midweek games in July, may also be used.

“According to other leagues who already operate calendar football, it is something of a ‘trial and error’ experience,” said League president John Corrigan. “It takes three or four seasons to get everything running smoothly.”

Despite the teething problems moving to a single year can bring, clubs encouraged the league to make the change sooner rather than later.

“We should embrace the change now in order to give ourselves time to iron out the problems,” said Eamon Nolan (Deen Celtic).

Changes to the soccer schedule isn’t the only big alteration on the cards - player registration is also moving.

The FAI have made it compulsory that all registrations will be stored on their FAInet website by January 1. As a result, the FAI will hold a workshop for all clubs at Derdimus on July 26 to guide them through the process, which will replace local registrations.

The Kilkenny & District League are looking to upgrade their Derdimus headquarters.

Plans are in place to build a new stand at the Callan Road grounds, something the league feel would be of great benefit to supporters.

“A new stand would be a necessity,” said league secretary Tom Mullins. “We’ve had a lot of wet days at games in Derdimus, so being able to provide a covered area is a must.”

The stand is just one refurbishment option, with the league also looking at installing flood-lights further down the road. The committee was also asked to look at turning the main pitch into a full-size all-weather playing surface.