No easy options, and quarter-final against Limerick will be severe test 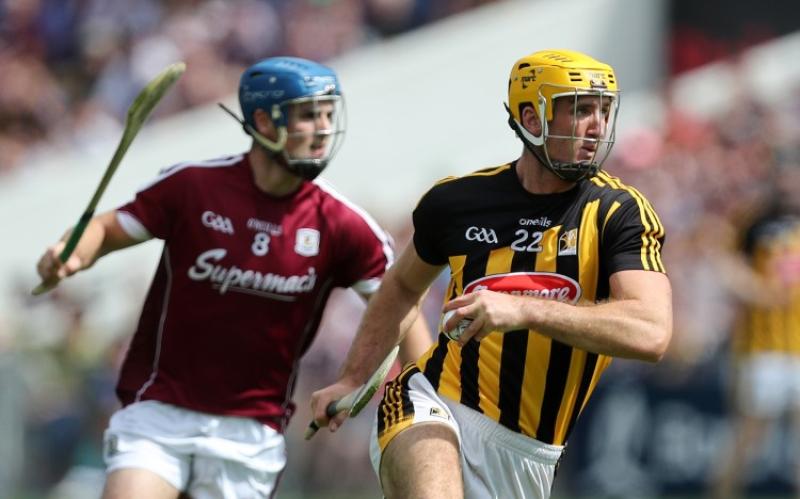 It is unusual that we find ourselves attending a Leinster hurling final replay.
In recent times draws have been the preserve of All-Ireland finals. If Sunday's offering in Thurles was a different experience, it was some game of hurling.
Hats off to all!
In a way, Kilkenny and Galway supporters got exactly what they were expecting.
Galway were exactly what we expected - tough and defensive and they had the air of confidence you would expect from All-Ireland champions.
Kilkenny, given what happened in Salthill a few weeks beforehand, were always going to be different.
Billy Ryan had been a surprise selection a week earlier, and he did not disappoint.
Again, not entirely shocking, given the unique ability Brian Cody has at getting the best out of players.
Kilkenny were primed and ready. They hunted in packs. They sliced through their opponents defence and though they did not score a goal, they threatened.
The thing was, had Kilkenny managed to sneak one goal past James Skehill, we might not have had to make the journey to Thurles.
Galway had not been as sternly examined by any other team all year. The fact it was Kilkenny who brought them right to the wire must have stung, given the difficulty the Tribesmen had to beat them in the past, when they weren’t champions.
Held the aces
While in years past it was felt that Kilkenny had the upper hand going into replays, many felt Galway held all the aces going into Sunday’s sequel.
They were the ones who had been criticised most. They were the ones with the most to lose.
The truth is though, both teams had a lot to lose. The condensed nature of the championship meant the quarter-finals would roll up a week after Sunday clash.
Another seven day turnaround. Not a lot of time to cope with injuries and knocks sustained by players. Recovery time down to the minimum.
If you won you had a three week rest; an All-Ireland semi-final appointment.
Kilkenny supporters must have felt a lot of emotions after the drawn game - disappointment, relief, exhaustion, even excited.
Forgetting the mixed results and performances, Brian Cody and his management have crafted a strong panel. They can afford to play horses for courses teams and still have able replacements to call upon.
That was important, and not just for the Leinster final. It will also be important in the next few days, and next year.
That being said, Kilkenny lost the element of surprise in the replay.
The Kilkenny team announced was unchanged. Yet many felt there would be change(s).
And so it turned out, Martin Keoghan losing out to John Donnelly.
Galway followed suit with a change. Jonathan Glynn took over from Conor Cooney on the edge of the opposing square.
The big question was, who had learned the most.
The Galway we saw in Croke Park could not have been more different to the one on Sunday. They were intent on showing who were the All-Ireland champions.
From minute one, Galway hit Kilkenny like a steam train. Their defenders and midfield were well on top.
Kilkenny were put under enormous pressure, particularly in defence, as ball rained down on top of them. Padraig Walsh, Paul Murphy and Paddy Deegan excelled in the air the last day, but things were different this time.
Nearly every Galway forward overpowered their marker, and all picked off points.
It wasn’t until the 11th minute that T.J. Reid nabbed Kilkenny’s opening score. It was a slow start, but things got worse before they got better.
Galway outscored Kilkenny by one goal and six points. It did not help that Kilkenny lost Walter Walsh with a groin injury early on.
His size and pace were missed. He has a history of troubling Galway.
The real issues, though, were surfacing at the other end. Galway’s inspired decision to include Jonathan Glynn unnerve the losers defence.
Kilkenny made a lot of mistakes; dropping ball, committing soft fouls and there was bad communication between players competing for dropping ball.
It was unusual for Kilkenny, but the errors gave Galway real confidence to drive the knife in even further.
T.J. Reid, John Donnelly and Joey Holden added points for Kilkenny before Ger Aylward kicked home a goal in the 34th minute. It gave Kilkenny a lifeline going into the second half (1-17 to 1-7).
The second half was almost a different match. Invariably it is against Kilkenny.
Brian Cody called up Richie Hogan and Colin Fennelly. They answered the call, shooting 1-1 each.
Straight away the spine of the Kilkenny team looked stronger, with the subs in central roles. James Maher got a point after the throw-in to kick start the fightback.
Looked healthier
Kilkenny’s second goal came from Colin Fennelly. Suddenly the scoreboard was looking healthier.
T.J. Reid added a pointed free. Kilkenny’s trademark spirit was beginning to show. They began to get a grip on the game.
The stickler, however, was that Galway always seemed to be able to pick off a point or two to keep a safe gap. When Richie Hogan got Kilkenny’s third goal, Galway were getting nervous.
It was incredible, to come from 12 points down to get it to the minimum. Typical of Cody's Kilkenny.
While Galway were full value for their win, the first half performance by Kilkenny was error ridden. You can’t do that again quality opposition like Galway.
Now the Cats face into an All-Ireland quarter-final against Limerick.
There are no easy options. It’s the championship after all!