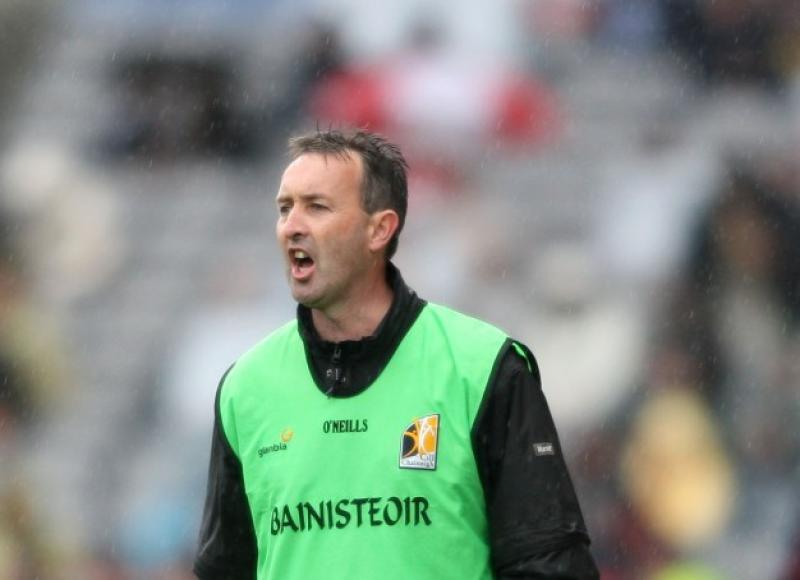 Kilkenny showed fair nerve and skill when beating Munster champions, Tipperary and booking a place in the All-Ireland minor hurling final in Croke Park today.
Passing the 36th minute a place in the decider against Galway looked a sure thing when the smooth moving Cats were going well and leading by 1-10 to 0-6 against a team that appeared toothless in attack.
The next score arrived in the 42nd minute, and it was a Tipperary goal from sub Mikey O'Shea. Suddenly the game was wide open again as Tipp roared on and pulled the gap back to a pair of points (1-10 to 1-8).
However, the Cats never wilted. They hit back strongly for scores from Jack Buggy, Killian Hogan and Jack Morrissey to open up a decent gap of 1-13 to 1-8.
But again Tipp hit back for another goal, this time a bullet-like effort from Sean Hayes to open up the contest again.
Yet again Kilkenny recovered, and points from the elegant Jack Morrissey and Eoin Guilfoyle fortified them for a strong finish that set up a repeat of the 2009 decider against Galway, which Kilkenny lost, incidentally.
Tipperary just weren't at the races during the opening period. They scored a mere four points during that period, two from frees by full-back, Conor Whelan.
To be fair, the Kilkenny defence looked steady and compact and it dealt well with whatever the opposition threw at them.
Boosted by a well worked 30th minute goal by Ciarán Brennan, after Cian Kenny and George Murphy combined brilliantly to create the opening, Kilkenny were well placed at half-time when 1-7 to 0-4 ahead, even after shooting five wides during the opening nine minute in the wet and slippy conditions.
Tipp had the opening point of the new half from Devon Ryan, but it was Kilkenny who pushed on and the real action didn't unfold until the losers pulled back goals.

When it was put up to them after Tipperary shot big scores the Cats responded really well and they were good winners in the end.
"That was a good day's work," insisted Kilkenny manager, Richie Mulrooney. "We know all about the quality of Galway as they beat us already, but we are in the final and who knows what might happen there."