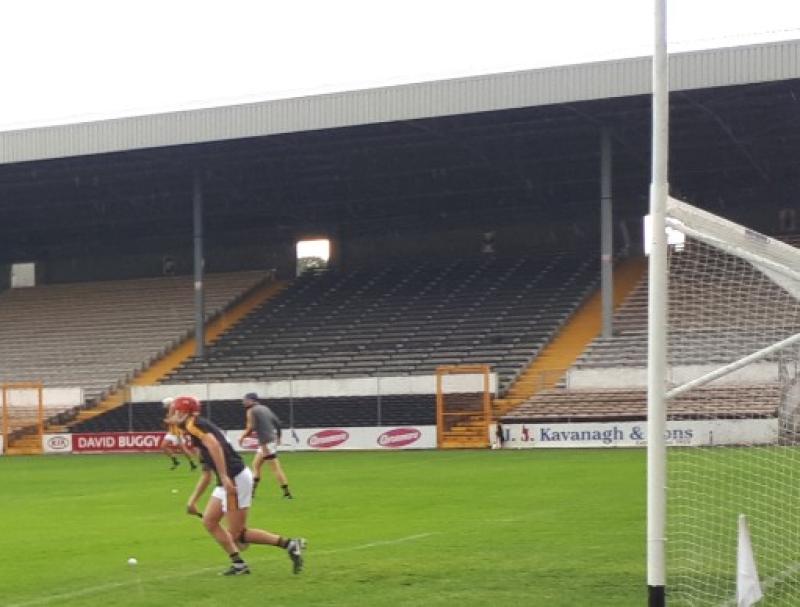 Kilkenny built a new team and put up a brave show, and they were very much in the game until the 55th minute, but then a second goal from towering Cork full-forward, Dan Mangan, decided this lively All-Ireland intermediate hurling championship final in Nowlan Park today.
Breeze backed Kilkenny looked threatening when Patrick Walsh (2) and Conor Hennessy put three scores together between the 49th and 52nd minutes to jump right back into contention when cutting the deficit to 0-16 to 1-16.
Cork held their nerve, however. Free taker Stephen Condon popped over a handy score before Mangan grabbed his second goal to up the gap to 2-17 to 0-16.
Mangan's second goal more or less gave Cork their ninth title in a championship which was confined to one game and two teams. The Noresiders won the title last year and therefore they had to build an all new squad this time, but they came up just short in the end.
There was little between the teams during much of the opening half when Cork were favoured by the stiff breeze. The opening four points were shared equally before Mangan pounced for his first goal in the sixth minute to put the visitors 1-2 to 0-2 ahead.
The losers fought back bravely, and scores from Paul Hennebry and James Bergin (2) brought them back level in the 10th minute (1-2 to 0-5).
The Leesiders regained the lead with a pointed free from Stephen Condon, and they led all the way home from there. At half-time Cork led by 1-10 to 0-8.
Kilkenny opened the second half with a point from a 65 by James Bergin after Conor Hennessy tested the 'keeper with a good low shot that was turned round the post.
It took the losers a while to build up a full head of steam. Things appeared to be coming to the boil nicely when Hennessy and Walsh put a hat-trick of scores together, but then Mangan's smartly taken second goal tripped them up and left Cork celebrating.
SCORERS: Cork - Dan Mangan (2-2); Stephen Condon (0-6); Cormac Murphy (0-3); Jack Walsh, Chris O'Leary (0-2 each); Shane Hegarty, Michael Collins, Cian Fleming, David O'Neill (0-1 each). Kilkenny - James Bergin (0-8); Patrick Walsh (0-3); Shane Murphy, Paul Hennebry, Conor Hennessy (0-2 each); Rory Hickey (0-1).
Kilkenny - Darren Brennan; Michael Carey, Conor Flynn, Paul Delahanty; Eamon Egan, Pat O'Carroll, John Henderson; Shane Murphy, Paul Hennebry; Conor Hennessy, Conor Tobin, Owen McGrath; Patrick Walsh, Conor O'Carroll, James Bergin. Subs - Sean Ryan for O. McGrath 41st min; Rory Hickey (0-1) for O'Carroll 48th min.
Cork - Shane Hurley; Niall Motherway, Michael Russell, Ger Mellerick; Chris O'Leary, Shane O'Donovan, John Cronin; Nicky Kelly, Shane Hegarty; Jack Walsh, Cormac Murphy, Michael Collins; Cian Fleming, Dan Mangan, Stephen Condon. Subs - Ciaran O'Brien for Motherway (inj) 26th min; David O'Neill for Collins 39th min; Liam O'Shea for C Fleming 47th min; Michael O'Sullivan for J Walsh 51st min.
Referee - J Keane (Galway).
Attendance - 902