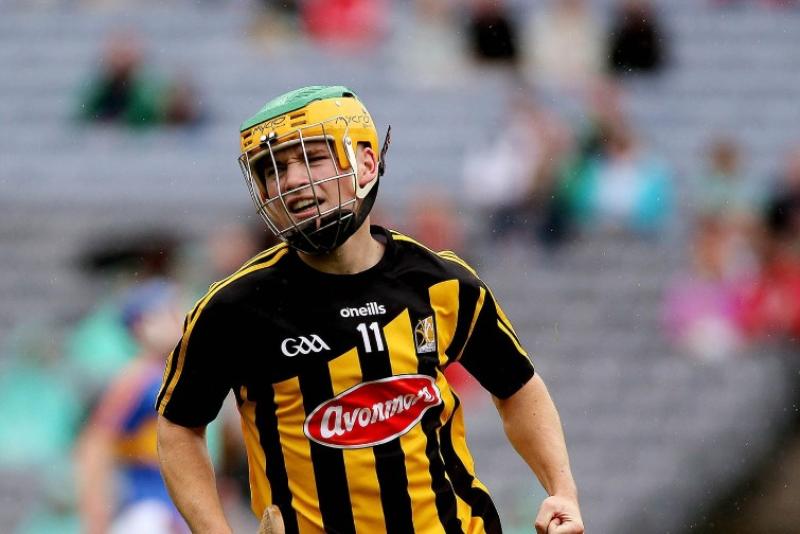 Kilkenny have travelled through a never before experienced nine game journey in the minor hurling championship, but it has been a learning experience and they won’t fear defending champions, Galway, in the final in three weeks time.
There were hiccups along the way when the Cats were beaten by Dublin in the Leinster final and then favourites, Galway, in the All-Ireland quarter-finals, Round 1, but Kilkenny emerged from those dark days with renewed spirit and focus.
“To get over the line against that talented Tipperary team was no mean achievement,” enthused Kilkenny manager, Richie Mulrooney after his charges performed big time in Croke Park on Sunday to put wins back-to-back, building on the quarter-final Round 2 victory over Limerick.
“We are absolutely delighted to be back in the minor final,” Mulrooney added. “We were delighted with the performance.”
Blazing trail
The Dicksboro clubman reminded that we had spoken a few times during the season when Kilkenny were blazing a trail through Leinster. Then the wheel came off the wagon, and two games were lost.
However, through the darkness of the defeat against Galway, Mr Mulrooney and his selectors saw light in the second half showing, when the Cats out-scored the Tribesmen.
“That second half performance against Galway was very strong, and we carried that good form into the next game against Limerick,” he said when we spoke in Croke Park. “Today we mightn’t have been as fluid as we were against Limerick, but when we were required to dig deep we dug deep.”
Twice during the second half Tipp, who only got into the game during the closing period, cut the deficit to two points. On each occasion the response from Kilkenny was magnificent as they dug out scores.
Mr Mulrooney admitted Kilkenny had been hurt mentally after the two defeats.
“The players were devastated,” he admitted. “It wasn’t the defeat in itself. You can be beaten any day, but the manner of the defeats hurt. Our response, and our new defence, if that is what you call it, has conceded very little from play.
“When we get back into the training field we have two weeks of good preparation ahead of us. The third week we will wind down. We know Galway are fantastic, formidable. But we are not bad ourselves.
“We will come back here and give a really good account of ourselves,” he assured.
Reminding him that Kilkenny out-scored Galway in the second half of their clash, we wondered where that left his charges.
“Galway were very, very impressive in their semi-final win,” he replied. “It is very hard to find a weak link on their team, but our lads are good, skilful hurlers as well. Our work-rate has improved an awful lot since the Leinster campaign.
“That is what you expect. These players are 17 and they are developing. You don’t learn about work-rate over night, but all the time they are working and working. I would find it difficult to pick one player over any other. It was a real team effort in terms of work-rate.
“When the chips were down and Tipp were coming our lads stayed going,” he reminded.
Kilkenny improved on small things, like keeping the free count against down.
“We spoke about that during the week and in the dressing-room,” the manager revealed. “We spoke about how we would have had the Limerick game wrapped up if we hadn’t conceded so many frees in the first half.
“The lads were conscious of that. They are very good hurlers and we told them to just get to the ball first.
“To play well in Croke Park was important. I thought the two games against Galway and Limerick really set us up for today. Tipperary were back in their training field. Under Tommy Dunne you can be sure those sessions were top notch, but I don’t know, no matter what you are doing when training, it can’t match competitive matches.
“Maybe it was a blessing in disguise that we went the scenic route in the championship,” he smiled.
While the wet conditions early on made life difficult for the players, Kilkenny suffered most, shooting five wides during the opening nine minutes.
Kilkenny knew they were dominant, and the thought went through the mind that there could be a price to be paid later, the manager said.
“All in all, it was a super day’s work,” Mr Mulrooney beamed. “Absolutely.”
And what about the final?
“No fears, absolutely,” he shot back.
The All-Ireland final will be Kilkenny 10th match of the campaign. Mr Mulrooney recalled that the last time he was in charge of the minors, from 2008 to 2010, the county qualified for three finals, winning two. During that period they played 16 games over the three seasons.
“That is how things have changed,” he said when he reflected on the new championship format. Whatever happens, the boys will look back at it as the year they really started their Kilkenny careers.
“To get 10 matches together, where each one is important, is fantastic,” he added when he signed off.