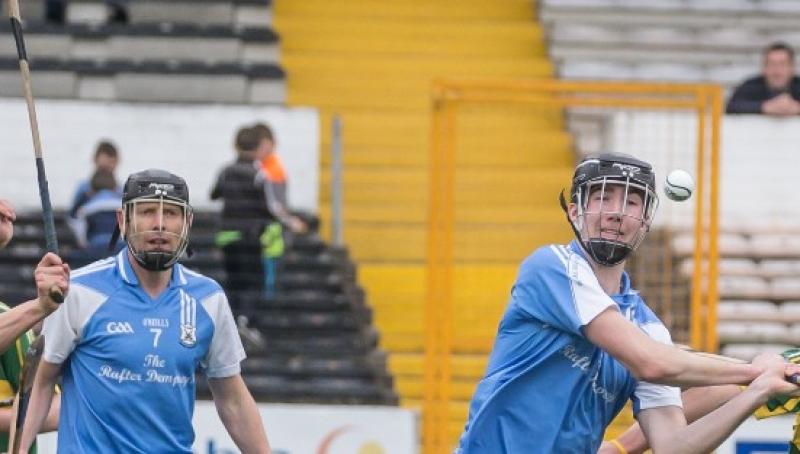 Graigue-Ballycallan played well and they weren't at all flattered by the size of the winning margin when scoring their second win in the intermediate hurling league at wet Mooncoin this afternoon.
Glenmore weren't only out-hurled during the second half, they were also out-fought by a team short some regulars but one that really meant business after being led for a long time during the opening half.
The losers, with centre-forward Alan Murphy their lone scorer, led most of the way during the opening quarter. Graigue picked off some nice points through their two free takers Conor Murphy and Sean Ryan, and they drew level at 1-2 to 0-5 after 16 minutes.
It was step-for-step all the way until the 29th minute when the bundle of mischief that can be Billy Ryan popped over the lead point for Graigue, and then Tom Dunphy added to the gains to leave them leaders by 0-10 to 1-5 at the break.
The wet and greasy pitch made conditions testing, but Graigue were all fired up from the start of the new half. They simply ripped into the opposition and produced some classy hurling.

Conor Murphy pointed early on. Then he gave an encore before busy full-forward, Sean O'Dwyer rifled over a lovely point in the 37th minute to take Graigue 0-13 to 1-5 clear.
Glenmore stopped the slide when Alan Murphy pointed from a 65, but Graigue had the bit between their teeth and they drove on strongly to victory, with Conor Flynn, Conor Murphy, Billy Ryan, Sean O'Dwyer and Darragh Egan among a host of top performers.
SCORERS: Graigue-Ballycallan - Conor Murphy (0-9); Billy Ryan, Aaron Brennan, Sean O'
Dwyer, Sean Ryan (0-2 each); T. Dunphy (0-1). Glenmore - Alan Murphy (1-7); Richie Hennessy (0-2); Eoin Murphy, Ger Aylward, Shane Murphy (0-1 each).