All-Ireland final: the call is for young Cats to become eager beavers 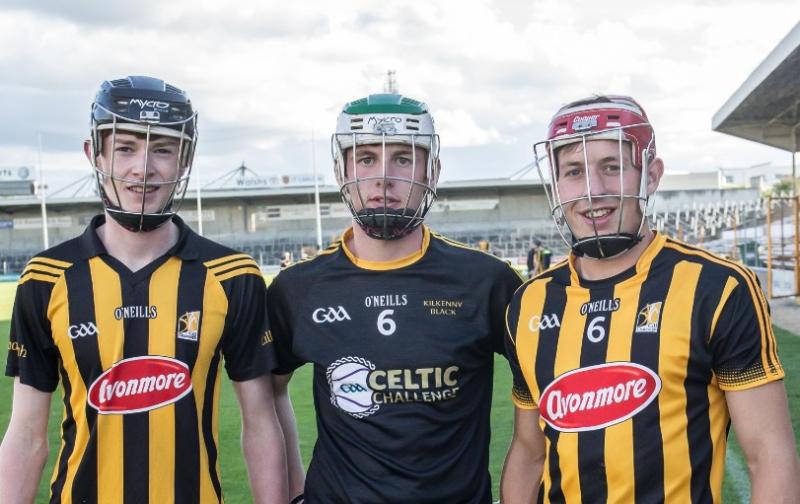 The demand is simple and straightforward. A season high level of performance is the minimum.
Even that brings no guarantee, but it would put Kilkenny in with a real chance.
That was the gist of the summary from Kilkenny minor hurling team selector, Adrian Finan, about the Cats prospects against defending champions, Galway, in Sunday’s All-Ireland final in Croke Park.
Mr Finan, an All-Ireland winning manager with Kilkenny at under-21 level in 2006, would have a fair insight into how young players can grow and prosper, or otherwise, at this level through his every day job as Principal at habitual winners St Kieran’s College, and he is upbeat about the challengers chances.
“We will have to produce the performance of the year to beat Galway, but I think we are capable of doing that,” he insisted.
Kilkenny may have stumbled and fallen twice, against Dublin in the Leinster final and then physically strong Galway immediately afterwards. But they bounced back strongly and are on an improving roll at the moment.
Upped ante
Their second half showing against Galway was good. They upped the ante in the following All-Ireland qualifier against Limerick. And they improved again in the semi-final against Tipperary.
“We have put in very strong efforts against some of the best teams around,” he insisted when he looked back on the campaign. “We beat the two teams who contested the Munster final. We competed really well against Galway in the second half in Thurles.
“That is the standard. That is the level. We are there or thereabouts. The biggest challenge of all will be Galway in the final, but we reckoned on that all summer.
“Now we are ready. We have prepared well. Training has gone very well, and the lads can’t wait for the match.”
Kilkenny will hit Croke Park facing into their 10th game, which is the longest run ever by a team at this level.
“Despite the big number of games, we feel very fresh,” Mr Finan insisted. “The way the Leinster final went for us and the changes we had to make subsequently have energised the team.
“Certainly, things have gone well since. We had to play Galway after losing the Leinster final which was a difficult encounter, particularly in the first half. I think we improved in the second half and brought that form into the next game against Limerick and then on again against Tipperary.
“The lads feel there is a great energy about what we are about at the moment. We will need all that to take on Galway, but we are looking forward to the challenge.”
He insisted Kilkenny knew a lot about Galway, which was a help. They played them first in a challenge match in April. That didn’t go great for the Noresiders, the effort prompting a “we didn’t show up” comment from the selector.
What to expect
Galway have remained virtually unchanged, so their opponents have a fair idea of what to expect.
“We have made changes and freshened up things since,” he continued. “They say you learn from defeats, and I think we did. The lads have improved an awful lot.”
A year ago Kilkenny beat all before them in the Arrabawn tournament, but that, Mr Finan warned, was an entirely different competition. It was a one day tournament, with halves limited to 20 minutes.
A serious hidden factor was how much pre-tournament work teams did.
“This is a big, big step up from the Arrabawn,” Mr Finan insisted. “The secret to success at inter-county level is work-rate, effort and all those things. We know the lads are very talented.
“There is great skill in the team.
“It is no great secret that we will be trying to play at pace, and try and bring enormous work-rate to it. If we bring our best game to Croke Park we can do it.”
From day one in this competition, Kilkenny knew they had a talented if physically less than imposing squad.
“For that talent to shine we have to back it up with a ferocious work ethic,” Mr Finan continued.
“That takes time for lads to understand what it means and to learn how to do it effectively. When they experienced great victories in big matches as a result of working really hard, lads want to bring that to the table again the next day.
“That is where our main improvement has come from this season. We want the biggest victory of all now, and that will take the biggest effort of all.
“The players have a better understanding of all the demands of the game,” he assured. “They are putting in the maximum effort, and that is all we can ask of them.”