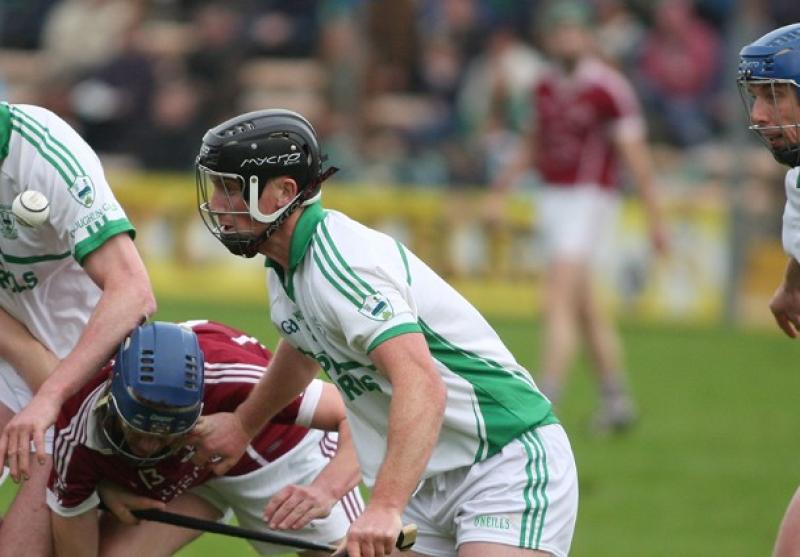 Mark Bergin was in blinding form for O'Loughlin's

Deadly striking midfielder, Mark Bergin, was the star of the show when O'Loughlin Gaels maintained their 100% record in the Kilkenny senior hurling league when holding out for victory over determined Bennettsbridge in Pairc Sheamuis Stiophan today.
Bergin helped himself to a fabulous 1-13 as the city side registered their third win. The goal came from a penalty in the 21st minute.
Bergin nabbed 1-4 during the opening period, and the rest afterwards as he proved a reliable 'go to man' for the St John's Park crew.
The 'Bridge were backed by the breeze in the opening half, but early on they just couldn't get on top of opponents who jumped in front when Bergin slammed home the penalty in the 21st minute (1-5 to 0-6).
The losers hit back for minor scores from Nickey Cleere before they jumped back in front thanks to a goal from wing-back, Enda Morrissey. That helped them into an interval lead of 1-8 to 1-6.
Within 90 seconds of the restart O'Loughlin's were level, courtesy of two scores from Bergin. The scores were level twice subsequently, but when Bergin shot a pair of points and Paddy Deegan added a third to take the winners 1-14 to 1-11 clear in the 43rd minute they looked set to motor on to victory.
That didn't happen. The 'Bridge hung on with all their might, but they came up just short at the finish.
SCORERS: O'Loughlin Gaels - Mark Bergin (1-13); Cian Loy (0-2); Paddy Deegan, Robbie Buckley (0-1 each). Bennettsbridge - Nicky Cleere (0-8); Enda Morrissey (1-0); Jason Cleere, Kevin Blanchfield, Sean Morrissey (0-2 each); David Blanchfield, Liam Blanchfield (0-1 each).