Kilkenny SHL: goals from Lyng and Joyce put Rower on the road to victory 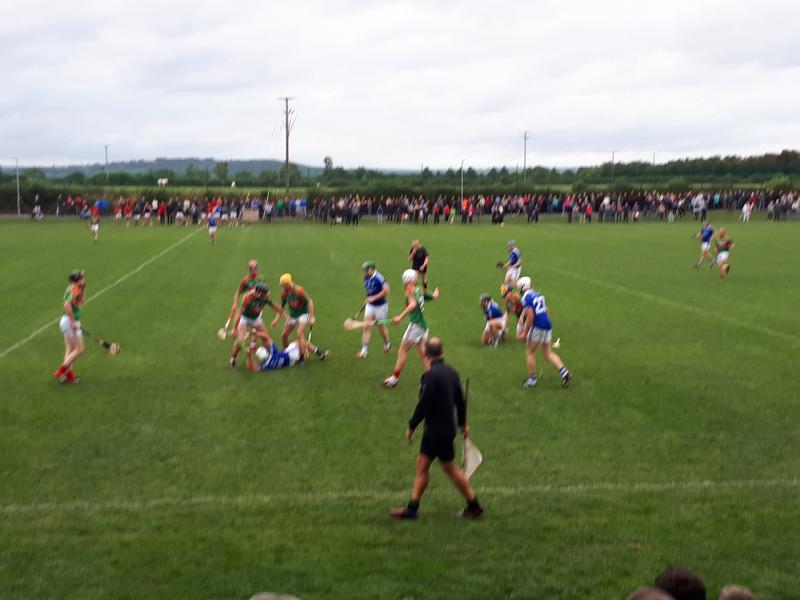 Goals in the 39th and 44th minutes from sub Conor Joyce and Pat Lyng respectively put the Rower-Inistioge firmly on the road to victory over Erin's Own (Castlecomer) in the Kilkenny senior hurling league in Gowran this evening.
At the time of that double blast the Rower were playing into the stiffening breeze, but after scoring the goals it was as if the elements were driving them home as they opened out a strong 2-13 to 0-5 lead. Thereafter they were never troubled.
Erin's Own, who had county man Conor Delaney aboard after the club successfully appealed against his sending off last weekend, didn't look too badly placed when they trailed by 0-4 to 0-8 at the break.
Michael Murphy contributed three of the scores, and the likes of Conor Fogarty, Aidan Moran, Delaney and company were all moving reasonably well.
However, the losers never showed after the turn. Jim Ryan popped over a good early point for the Rower.
That drew a scoring response from Michel Murphy, but by the end of the quarter the Rower had raced 2-13 to 0-5 clear thanks to the goals from Joyce and Lyng and minors from Ruairi Galavan, Kevin Murphy (2) and Richie Leahy.
Erin's Own were always chasing from a distance after that, and they never looked like getting back into the match.
SCORERS: Rower-Inistioge - Kevin Murphy (0-8); Pat Lyng, Conor Joyce (1-0 each); Ruairi Galavan (0-3); Richie Leahy (0-2); Tom Doyle, Jim Ryan (0-1 each). Erin's Own - Michael Murphy (0-5); Conor Fogarty (0-2); Stephen Daly, Ross Connolly, Eoghan Meally (0-1 each).