Kilkenny SHL: Ballyhale bounce back with win over Danesfort 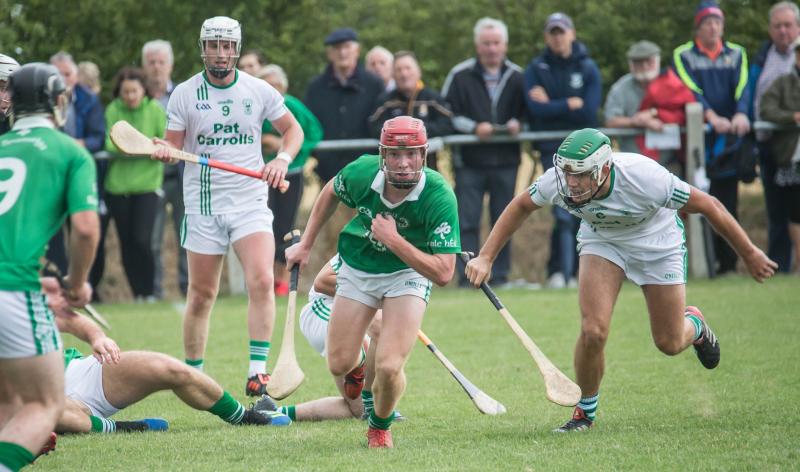 Adrian Mullen was among the scorers as Ballyhale Shamrocks got back to winning ways in the Kilkenny SHL PICTURE: PAT MOORE

A fast first half performance and consistent second helped Ballyhale Shamrocks bounce back to winning ways in the Kilkenny senior hurling league.

The Shamrocks were slick in the opening 30 minutes, posting a solid scoring run that helped them get over last week’s loss to O’Loughlin Gaels. It wasn’t as good a night for Danesfort who, after three rounds of the league, are still searching for their first points of the campaign.

The ’Fort opened with force in Ballyhale on Friday evening, Colm Phelan ending a fine solo run with a good score, but once Ballyhale found their rhythm they took over. Eoin Cody (two frees) and half-backs Gavin Butler and Richie Reid (free) were on target as they opened up a four-point lead by the 12th minute (0-6 to 0-2).

Using short and fast puck-outs Ballyhale zipped the sliotar about with purpose. It helped them play with pace, a tactic which saw them stretch their lead to seven points after 24 minutes (0-11 to 0-4).

Danesfort had been chasing shadows for a spell, but regrouped as the interval neared. Richie Hogan (two frees) and the hard-working Paddy Hickey got a late batch of scores to cut the deficit, although they still trailed by five at half-time (0-12 to 0-7).

The ’Fort raised their game in the second half, getting to within three of the leaders by the 40 minute mark. The goal they craved, however, never came. Padraig Mullen went closest to raising a green flag when he ran on to Jack Bruton’s 42nd minute pass and cracked a low shot goalwards, but netminder Dean Mason made a solid stop at his near post.

Danesfort continued to press as the half wore on but hopes of a comeback were ended when Joey Cuddihy, Eoin Cody (free) and Ronan Corcoran picked off three points in as many minutes to double Ballyhale’s lead with 10 to play (0-19 to 0-13).

Danesfort didn’t give up, but a spate of wides didn’t help their cause. Two late Cody points, the first from play, were enough to tip Ballyhale towards victory.