Against super team like Galway, being good or very good is just not enough

Kilkenny manager, Richie Mulrooney praises minor champions and his own charges too 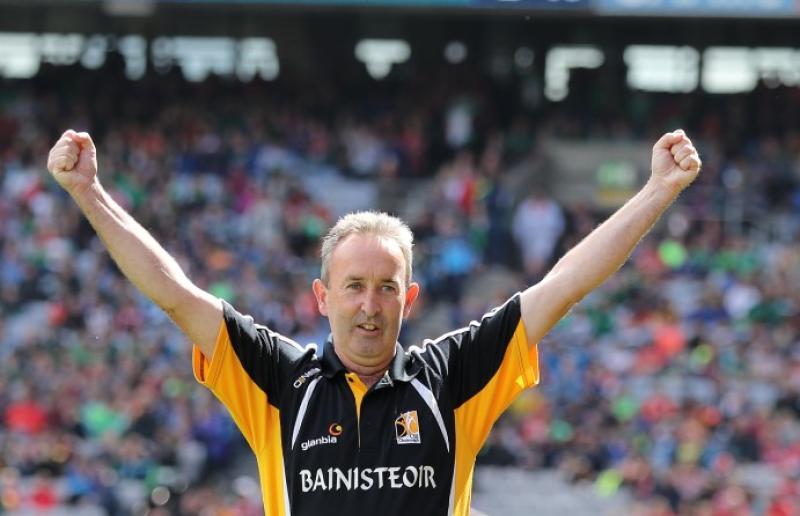 Galway didn’t need kind glances from the gods or fortunate breaks to win the minor All-Ireland hurling title.
They were simply a class act!
That was the summary from Kilkenny manager, Richie Mulrooney, after his determined charges tried everything they could to pull down the Galway castle in the big showdown in Croke Park on Sunday.
“That Galway team needed no luck this year,” Mulrooney insisted after the Tribesman retained the title on a 0-21 to 0-14 scoreline.
“They were as good a minor team as I’ve seen because I know our minor team was a really good team.”
The Dicksboro clubman insisted Kilkenny put in “a great effort”, and the seven points gap at the finish was a harsh reflection of the efforts of the losers.
“We had some very good goal chances, and we didn’t manage to take them,” he continued, and then reminded that the wides tally at half time was 8-3 against the Cats.
“Points wise we were 10-9 ahead. We probably needed to score some of those wides. We were unlucky not to get one of those goals chances when we pressed really hard during the last 10 minutes, but that’s not to take away from Galway’s performance.
“I thought our first half performance was as good as we could put in. We started the second half very well, but they came really strong with their subs, who made a significant contribution.
“I would say that most years you can look back to a moment when the All-Ireland winners enjoyed a bit of luck that helped. Galway didn’t need that.”
He said Kilkenny were, of course, disappointed to lose, and disappointed at the margin of the defeat which didn’t accurately reflect the action over 60 minutes, but he was extremely proud of the performance produced by the players.
“We were such underdogs,” he opened.
“We were determined to come up and put in a big performance. I think we did put in a big performance, but you sometimes have to admit that you came up against an exceptional team. Galway are exactly that.
“I think the lads will serve Kilkenny very well in the future. Several of them will play senior, as obviously will the Galway fellas.
“We’re right up there at the table with Galway, but today was their day. It was their year. They were the best team in the competition.
“Sometimes when you’re overwhelming favourites it can be difficult on players. Despite the fact that a fella might look very physically big and all that, remember he is 17 years of age. It’s gone back a year.
“He has an awful lot to deal with on a bus coming up to play an All-Ireland final, especially if you’re the warmest favourites.
“I thought Galway handled that very well. I thought we handled the underdog tags very well too. We gave a great account of ourselves, but we just came up short to a really good team.”
The Kilkenny players would benefit hugely from the season, a season which ran to an unprecedented 10 games for the Noresiders, he felt.
He reminded that the Selection Committee - he worked with Adrian Finan, Martin Carey, Sean Kelly and Niall Bergin - got maybe eight months with the group on top of working last year with them when they were under-16.
“It's the work done in their clubs and the guidance they get from their parents, their coaches, their primary schools, their secondary schools, that's what has them as very good hurlers anyway,” he offered.
“And yeah, I would like to think that under our management team we have, added to it.
“Our dressing-room is a tough place at the moment, but there are a lot good young fellas in there, and when they do win an All-Ireland, and they will, this will make it sweeter,” he insisted.
He felt the season overall was “super, absolutely fantastic,” but only one team can win the Irish Press Cup.
“In Kilkenny we've had plenty of them and obviously we wanted to win today,” continued the Clara national school principal.
“We came up really prepared, really ready, and we thought we were going to do it. We felt at half time we were going to do it. For five or 10 minutes into the second half we felt we were going to do it.
“The end result, losing to Galway, doesn't take one bit from a super year's development for our players, absolutely super. They'll be very strong going forward, very skilful hurlers, and two or three of them will probably be on the under-20 team next year.”