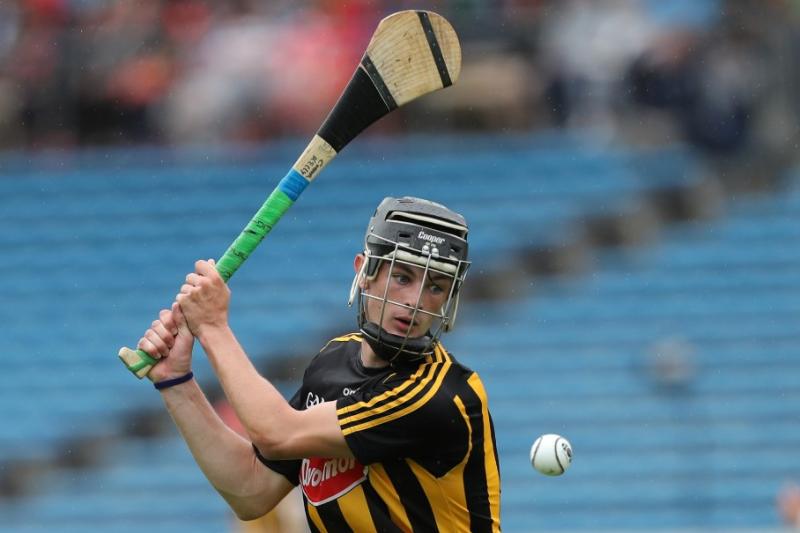 Sometimes you have to accept the cold reality of the situation, and Kilkenny had to do that on All-Ireland final day in Croke Park this afternoon when accepting they were beaten by true champions, Galway, in a high class minor hurling showdown.
Galway clocked up their third minor All-Ireland win in four years, and 12th in all when turning in a powerful second half to see off a season high performance from talented, gutsy and hard working Kilkenny.
Indeed, this wasn't only a win for the Galway team, but for the strength in-depth of a powerful squad. The winners used five subs during the closing half. All played well, and Sean McDonagh (0-2) and Colm Cunningham (0-1) joined in the scoring.
"We knew in training that what we call the Whites (those not on the first XV) were going well, so we had no problem throwing them into the action," insisted Galway manager, Jeffrey Lynskey afterwards. "Of the three titles we have won in recent years, this was the hardest."
Kilkenny, who were rank outsiders, opened well in a scoring sense as wing-back, Darragh Maher, Conor Kelly (free) and Ciarán Brennan flashed over points at the Hill 16 end as Galway were barely given a look in. Shortly after Brennan's scores the Cats registered their fourth wide on the way to a total of eight for the half. Galway hit three.
After the winners opened their account from a seventh minute penalty by top scorer, Donal O'Shea following a foul on Niall Collins, they caught up in double quick time. It was 0-4 each after 10 minutes and then later at 0-7 each.
Kilkenny took a slender 0-10 to 0-9 lead into the break after Kelly contributed four scores and Brennan two, and while the divide was small, they still looked capable of causing an upset.
Nothing changed much during the opening minutes of the new half even if Galway did catch up at 0-12 each in the 35th minute. Their sprinting wing-forward, Diarmuid Kilcommins, put in a blinding run up the right wing to shoot Galway in front in the 37th minute, and they never looked back after that.
A threatening run by Donal O'Shea won a 65 for Galway minutes later, which he converted. Kelly hit back for the Noresiders (0-14 to 0-13), but the next three points fell to Galway's Dean Reilly, Evan Duggan after a scorching run up field from defence and very lively sub, Sean McDonagh.
With the gap at 0-17 to 0-13 turning into the last quarter, Kilkenny chased and chased. Conor Kelly registered the next point, but after Sean McDonagh replied at the other end Galway simply ran away from the opposition afterwards.
"The players can be proud of their effort," insisted Kilkenny manager, Richie Mulrooney. "They played well, but they were beaten by an exceptional team."
SCORERS: Galway - Donal O'Shea (0-10); Dean Reilly (0-3); Diarmuid Kilcommins, Sean McDonagh (0-2 each); Evan Duggan, Oisin Flannery, Naomh Thomas, Oisín Flannery, Padraig MacPiarais, Colm Cunningham (0-1 each).Kilkenny - Conor Kelly (0-7); Darragh Maher, Cian Kenny, Ciarán Brennan (0-2 each); Jack Buggy (0-1).
Kilkenny - Jason Brennan; Padraig Demepsey, Jamie Young, Dylan Crehan; Darragh Maher, Shane Staunton, Jamie Harkin; Conor Kelly, Cian Kenny; Ciarán Brennan, Jack Buggy, George Murphy; Cathal O'Leary, Jack Morrissey, Killian Hogan. Subs - Eoin Guilfoyle for C. O'Leary; Padraic Moylan for Buggy; William Halpin for G. Murphy; Killian Rudkins for K. Hogan; Dan Coogan for Morrissey.
Galway - Patrick Rabbitte; Michael Flynn, Shane Jennings, Oisin Salmon; Shane Quirke, Sean Neary, Evan Duggan; Jason O'Donoghue, Oisin Flannery (Naomh Thomais); Diarmuid Kilcommins, Oisin Flannery (Padraig Mac Piarais), Adam Brett; Niall Collins, Donal O'Shea, Dean Reilly. Subs - Colm Cunningham for O'Donoghue; Connell Keane for Adam Brett; Sean McDonagha for O. Flannery (Padraig Mac Piarais); Ian McGlynn for O. Flannery (Naomh Thomais); Keelan Creaven for N. Collins.
Referee - Johnny Murphy (Limerick).