Handball: World championships over and now home games to be attended to 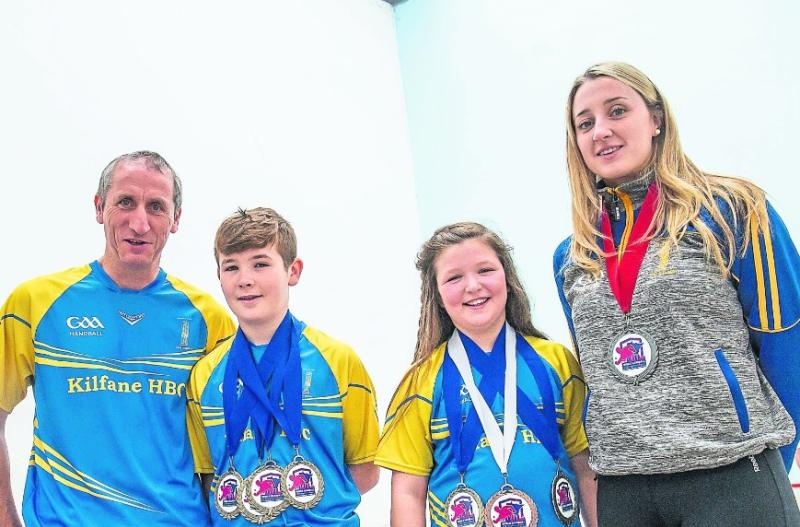 As the dust settles after another hugely successful World Handball championships, the attention is now on the completion of the county and Leinster 60x30 competitions.
Those who travelled Stateside will now have to concentrate on the bigger court game. The matches will come thick and fast over the next couple of weeks.
As the Leinster singles championships need to be completed by September 9, there will be a lot of activity across the province between now and then.
At senior level the All-Ireland championships commence this weekend with Brian Manogue (Kells) and Ciáran Neary (Talbot’s Inch) entering the fray with matches against Gary McConnell (Meath) and Ger Coonan (Tipperary).
The final of this championship is scheduled for September 29 in Croke Park.
For the last number of years this competition has been dominated by Robbie McCarthy (Westmeath) and Eoin Kennedy (Dublin).
They have contested the last nine finals.
However, there are hopes this year that one of the other contestants will break that run, with Martin Mulkerrins (Galway) the most likely to make the breakthrough.
The Leinster juvenile championships will commence on Friday, September 7 with all the competitions to be completed by Sunday, September 16.
In two matches in the Leinster championships, Jack Holden (Kilfane) scored an impressive win over Billy O’Neill (Clogh) in the minor singles semi-final, and in Diamond Masters B singles Gerry Murphy (Goresbridge) lost to Brendan Murphy from Wexford.
Leinster fixtures
Today (Wednesday) in Clogh at 7.30pm JBS Myles Carroll (Kildare) v Martin Mullins (Carlow); 8pm JBS Kevin Barrett (Carlow) v Ivan Carroll (Kildare)
Fahy Cross (7.30pm) EMBS Kevin McKenna (Dublin) v Peter McCabe (Westmeath); 8pm LIS Aoife McCarthy (Westmeath) v Sabrina Hughes (Dublin).
Garryhill (8pm) ID Shane Dunne /Keith Bourke (Kilkenny) v Darren O’Toole/ Malachy Whelan (Wexford).
Kilmyshall (8pm) DMAS Johnny Brennan (Kilkenny) v Martin Clancy (Carlow) .
Talbot’s Inch (7.30pm) O70S Ned Buggy (Wexford) v Tony Campbell (Kildare); 8pm LMS Mollie Dagg (Kildare) v Cora Doyle (Wexford).
Tinahely (7.30pm) GMBS Tom Armstrong (Wexford) v Martin McKenna (Dublin); 8pm DMBS Miley Byrne (Wexford) v John Maguire (Kilkenny).
Friday at Garryhill (8pm) under-21 singles, Aidan Barry (Kilkenny) v Adam Walsh (Wexford).