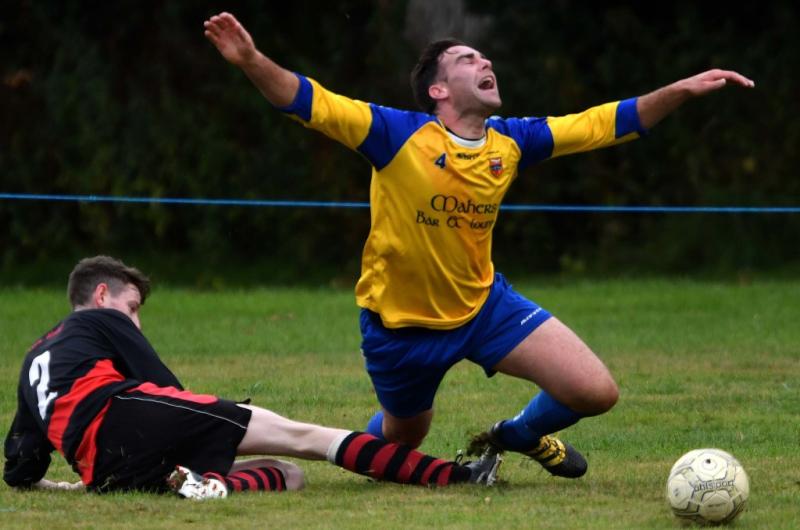 Sean Barcoe ran riot as defending champions Evergreen roared their way into the quarter-finals of the Maher Shield and a meeting with local rivals Freebooters.

Barcoe bagged a first half hat-trick as Gary Maher’s side blasted their way past Newpark 7-2 and into the last eight of the competition.

Taking just seven minutes to open his account Barcoe added a 20th minute header and then completed the treble by the 35th minute. At that stage Evergreen led 4-1; Newpark had drawn level by the tenth minute, but were behind again thanks to a 20th minute Chris Whearty strike.

By half-time Evergreen were 5-1 in front, Declan McQuillan extending their lead. McQuillan would double his tally with a free-kick after the break, before Whearty’s second completed the win late on.

Bridge United marked their first away game of 2018/19 in the right style as they beat Callan United 3-0.

Willie Hennessy, Sean Murphy and Mikey Brennan grabbed the goals for the Goresbridge side on the Fair Green. Bridge will be keen to keep up their high scoring form this season - so far they are on target to do that. Although they’ve only played two games in the campaign they are already into double figures, having beaten St John’s 7-1 in round one of the Shield. 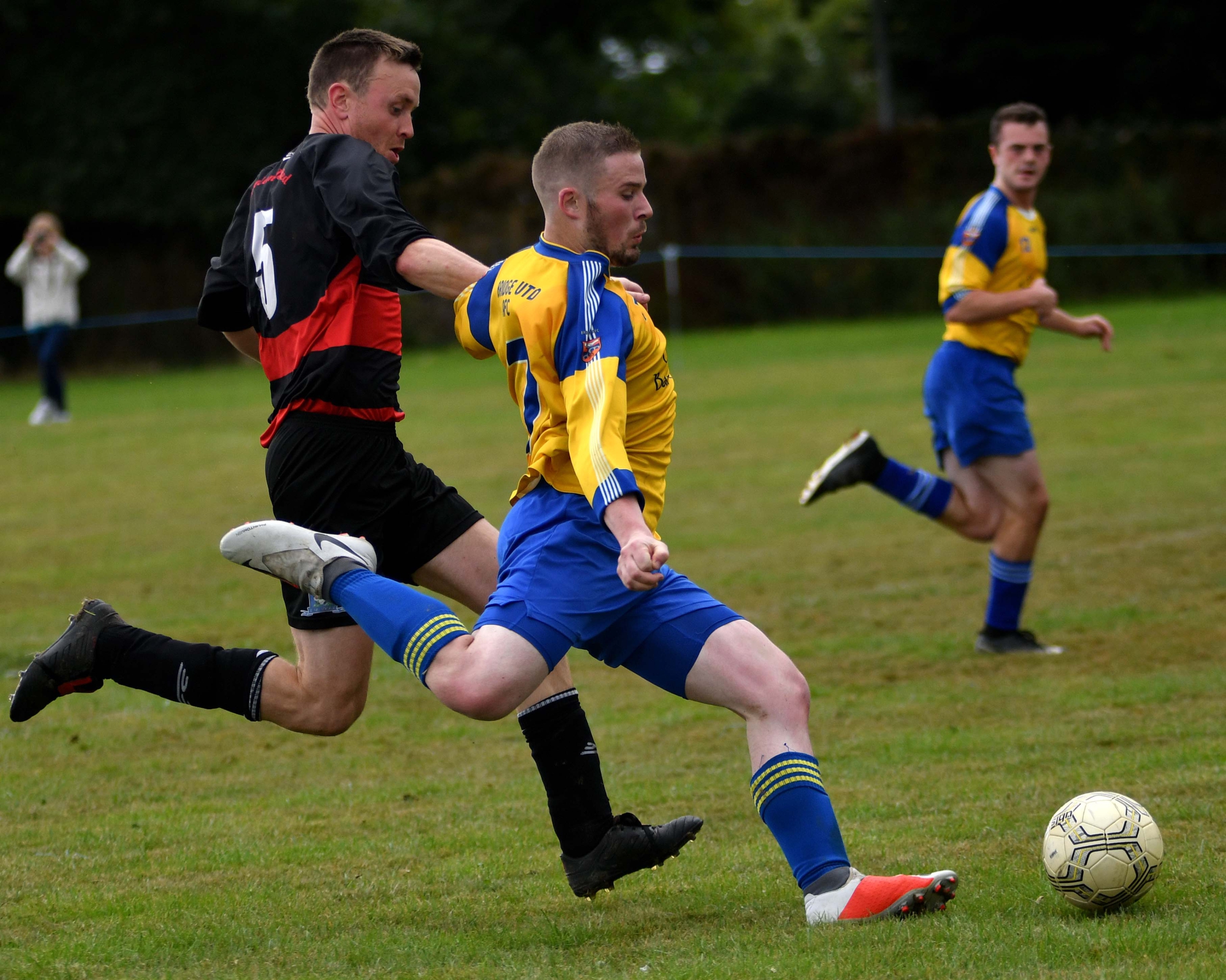 Bobby Joe Walsh struck as Thomastown United made their first trip of the season to Evergreen Park a successful one on Sunday.

Walsh took just seven minutes to break the deadlock, his goal proving sufficient to give Murty Brennan’s side a win over Conor O’Neill’s Evergreen B.

There were plenty of changes in personnel, but Deen Celtic stayed on their winning run in the Maher Shield on Sunday. Despite being forced to use a number of B team players they had enough to beat Clover United 1-0 in Rathdowney. A good start proved to be half the battle as Conor Coogan seized on John Doheny’s pass and broke the deadlock inside the opening 10 minutes.

Clover left it late to mount a comeback, putting their visitors under pressure in the closing stages but a Celtic defence, ably led by Michael Moran, kept the home side at bay.

Injuries may have depleted Highview Athletic’s ranks, but the Graig side had too much for East End United to contend with in their second round clash.

Brothers Dean and Murty Broaders were on target for Highview in their 2-0 win, a result which moves them into the last eight of the tournament - they will be hoping to reach the final for a second season in succession.

Spa United were cool under pressure as they beat Fort Rangers in a penalty shoot-out. Mark Hughes was the man of the moment for the Johnstown club, saving two penalties in the shoot-out after denying Eddie Nugent from the spot in normal time.

Rangers had taken the lead with Jim Nugent’s first half strike, but were overtaken when two goals in three minutes from Martin Phelan and Stevie Chappell pushed Spa in front. Fort rallied, drawing level in the closing minutes through Eddie Nugent, but Hughes’ penalty heroics saw Spa surge on.

It was a good day also for Paulstown 06, who got the better of a local derby with Castlewarren Celtic on a 3-2 scoreline.

The last quarter-final spot went to Freebooters, who scored a big win over Stoneyford United on Tuesday evening. Emmet Nugent led the way with a hat-trick for the Blues, while David Grincell marked his return to the Kilkenny & District League with a brace. Further goals from Divine Amaukwu (2), David Doyle, Aidan Nolan and Success Edogun wrapped up a 10-0 win for ’Booters, who will now play city rivals Evergreen A in the last eight.