Camogie final: expect an intense battle right to the finish between Kilkenny and Cork 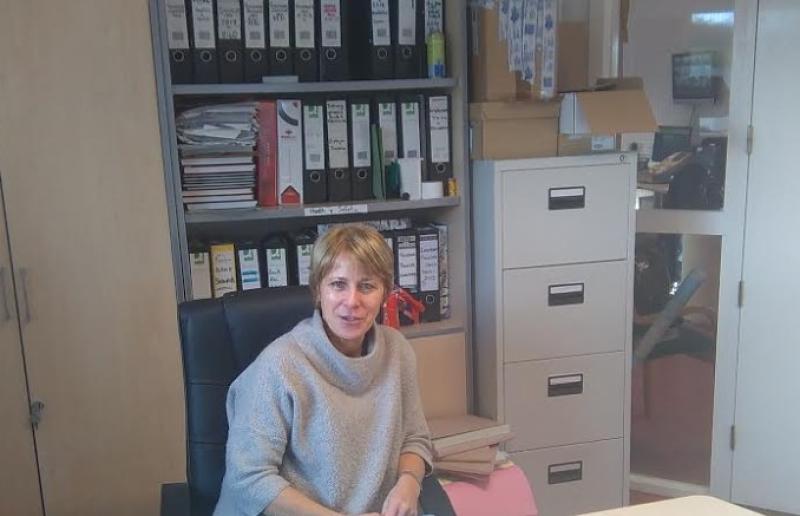 They know each other as well as family now. This is the third consecutive Liberty Insurance All-Ireland senior camogie Final between the two counties, the fourth in five seasons.
Cork lead that count 2-1 and are current holders of the O’Duffy Cup by virtue of that now famous Gemma O’Connor-Julia White combo in the dying minutes of the dramatic 2017 final.
It’s not like Kilkenny will have any complex about taking on their old foes, however. They did get the better of them in the 2016 decider and in the last two National League finals, while completing a three-in-a-row in the spring competition.
Having lost 12 months ago to White’s injury-time point, after O’Connor had equalised seconds before the end of normal time, Kilkenny will not want for motivation.
And they were stunning in the first 20 minutes of the League final at Nowlan Park, leading by 10 points having registered the first eight scores inside the opening 10 minutes.
Yet Cork cut the margin to seven by the break and despite having captain Aoife Murray sent off in the second half, fell just one short of a stunning comeback.
It seems that no matter what, there will never be more than a puck of the sliotar between these two.
Kilkenny did not impress everyone with the manner of their semi-final win over Galway, but the westerners pushed them to extra time in 2016, when Ann Downey went on to navigate them to their first All-Ireland since she herself climbed the steps of the Hogan Stand as victorious skipper in 1994.
What’s more, the westerners staged a second-half rally that had Cork hanging on in the penultimate stages last year. The Cats would hope there is an omen there and that the team that takes care of Galway continues to progress to ultimate glory.
There is no doubt that Kilkenny can draw plenty of positives from prevailing despite not being at their best and will go into this having been tested more severely than the champions.
Galway made the semi-final a ferocious battle, albeit a tactical one. It was like a chess match in terms of denying the opposition space, but Gary Kasparov never had to try to take out the opponent’s queen while being hit from all angles.
The Cats butchered a couple of goal chances early on. Denise Gaule missed frees she would normally convert with her eyes closed and they were certainly feeling the pressure.
But Edwina Keane, the triple All Star finally back in the team having had to bide her time when missing out last year with a cruciate knee ligament injury, was magnificent in defence.
Meighan Farrell and Anne Dalton were influential too, while Julianne Malone, Katie Power and Anna Farrell showed glimpses of their capabilities. Crucially, Kilkenny’s execution held up for the third-quarter goal that turned the tie in their favour.
They quickly turned that three-point advantage to six and that enabled them to hold off the late Galway onslaught.
Cork manager, Paudie Murray was unhappy with his team’s work-rate against Tipperary in their semi-final and Chloe Sigerson bemoaned the number of times the Premier forwards made ground through the middle of their defence in the second quarter.
Matters improved significantly after the break and they went on to win by 12 points, finishing with a tally of 0-21. They have been scoring heavily throughout the summer, clearly looking to play a more expansive style but that does seem to be giving the opposition more chances too.
Sigerson shone at wing-back, weighing in with three long-distance points, including two whoppers from play. Orla Cotter excelled in all facets of her game, while Pamela Mackey kept the Championship’s leading scorer Cáit Devane to a point from play.
Hannah Looney, Ashling Thompson and Julia White provide much of the industry, while the latter is also the joined leading goalscorer in the competition with four. Katrina Mackey and Amy O’Connor are other genuine threats, while Orla Cronin was Player of the Match in last year’s Final.
It will be interesting to see how Cork approach this, particularly given Kilkenny’s miserly tendencies of when not in possession, and the Noresiders’ own slew of dangers in attack.
Shooting from further afield will be important one suspects. So will freetaking. Cotter, who got married this year, has been magnificent as usual in this regard since her return and Gaule is a former Player of the Year who is unlikely to have an off day twice in a row.
Squad depth will be significant too. It was surprising given that Kilkenny only used one sub in the semi-final, and that was Miriam Walsh, who was deemed not fit enough to start.
Being able to call on someone of the calibre of Keane, while Danielle Morrissey, Aoife Doyle, Kellyanne Doyle and Jacqui Frisby, the former All-Star defender now providing cover for goalkeeper Emma Kavanagh, are all good options in attack.
Cork were able to bring on the likes of Linda Collins against Tipp and she quickly made an impression with two nice points, while the player she replaced, Niamh McCarthy has been among the goals this year and works very hard to bring those around her into the game from her regular posting at full-forward.
And of course there was the return of Briege Corkery and that is sure to have had a positive impact.
Anyone expressing confidence about the result in this is a soothsayer or a bluffer. What can be said with a fair degree of certainty is that the verdict will be in doubt, right up to the closing minutes.