Teams don't come back from the early blows Dublin delivered 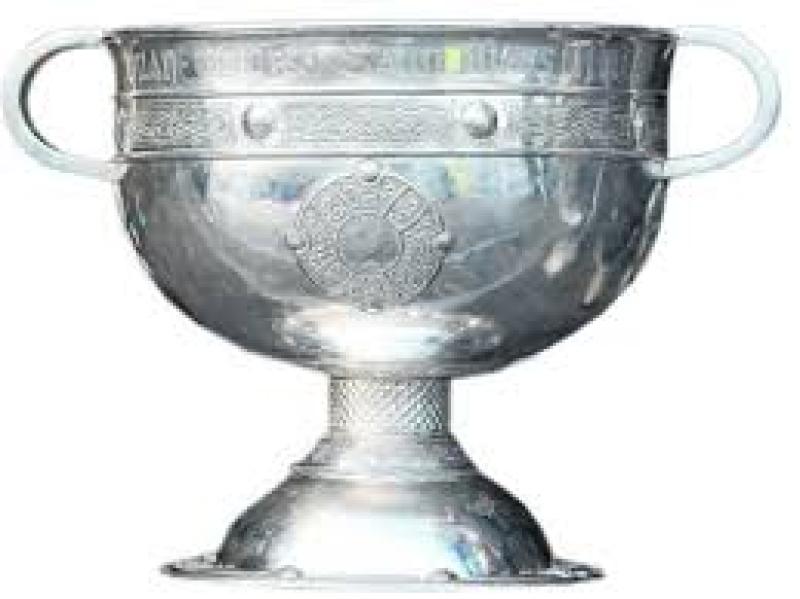 Dublin are growing fond of this - the Sam Maguire Cup

Well, that senior All-Ireland football final wasn’t too bad after all, was it?
Dublin didn’t win at a canter, Tyrone weren’t disgraced and, far from being the predicted foulfest, the 2018 decider was open and free-flowing almost to a fault.
Too open and free-flowing from the challengers’ point of view. Four of their men were facing the wrong way when Stephen Cluxton took the kickout that led to the opening goal and they failed utterly to defend the free that led to the second goal. There was no coming back from those blows.
Yet barring a ten-minute period immediately after the third-quarter mark, when it became clear that the last flicker of a hope of an upset had disappeared, proceedings were engaging in the extreme. The first half, indeed, was compulsive viewing, not least because Mickey Harte’s men carried the battle to their opponents, thereby leaving gaps all over the place.
That was the problem. In carrying the battle they left acres of space in the middle of the field for Dublin to drive into. Unfortunately the alternative - huddling behind their own castle ramparts - would have handed the initiative to their opponents and resulted in defeat in any case.
Call it an updated version of Morton’s Fork, Morton being the medieval Chancellor of the Exchequer in England who operated a sophisticated taxation regime. If he didn’t get you one way, he’d get you another way. Hence unwilling taxpayers found themselves impaled on one or other of the prongs of Morton’s Fork.
In much the same fashion, opponents come to grief in some shape or form on Gavin’s Fork. Much like the Kilkenny four in a row team, Jim Gavin’s charges don’t care how it’s served up to them. Their power, frightening pace and strength off the bench mean they’ll crack the puzzle in the end. Usually long before the end.
Among the reasons adduced for a Dublin victory by the Sunday Game panel moments before the throw-in was Tyrone’s lack of marquee forwards. Thus it turned out. The challengers kicked 16 wides. With better forwards they’d have converted at least half of those opportunities.
Energy, Spirit
Energy and spirit and application and a good gameplan, all of which the Red Hand brought to the table, are not sufficient in themselves. Whoever eventually puts an end to the Dubs’ winning run, whenever that may be, will bring all of those items to the table plus two or three cold-eyed forwards. Until such a team emerges, the winning run will continue.
And that won’t be any time soon, simply because Gavin – unlike Brian Cody – has the numbers. Over time the well ran dry for Kilkenny. The same fate will not befall Dublin.
Bernard Brogan? Not in the match-day squad on Sunday. Diarmuid Connolly? Over in Boston. So what.
Two or three years ago it would have been unthinkable for Dublin to win an All-Ireland without the duo. On Sunday they did precisely that and they did so at their ease. Younger models everywhere. Perpetual revolution.
Mind you, impressive as a four in a row in this day and age is, Kerry’s achievement in making it five minor titles on the bounce was little short of staggering. It’s not difficult to imagine the Kingdom producing a side boasting the kind of marquee forwards that Tyrone lacked and, as a consequence, being the ones who’ll eventually halt – whether temporarily or otherwise – the all-consuming blue wave.
Just don’t expect it to be for another couple of years.
The question now isn’t whether Dublin will do five in a row. It’s whether they’ll do seven in a row.