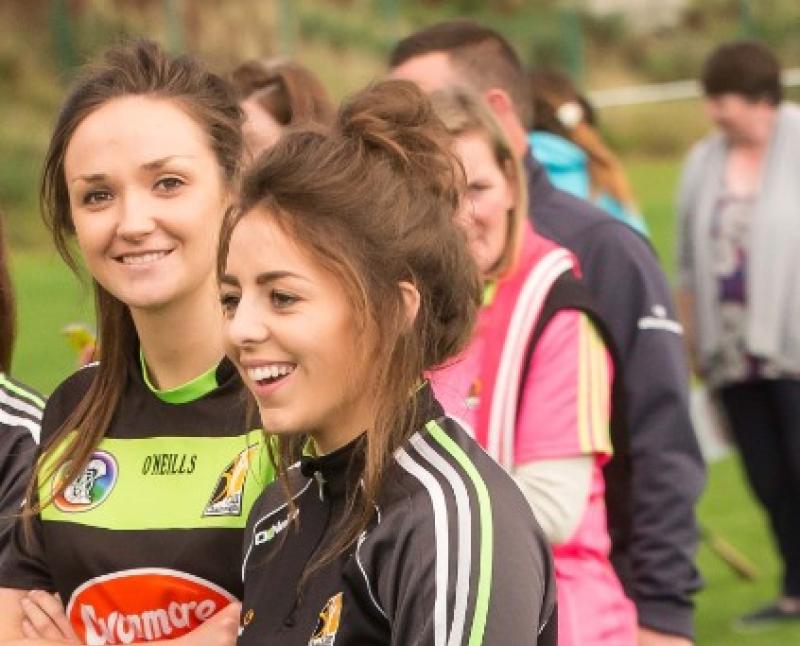 Losing the Liberty Insurance All-Ireland senior camogie championship final by one point, having led with just seconds of regulation time remaining, is difficult to take.

Having to watch from the sidelines, after being ruled out through injury, only adds to the acrid taste that lingers from the experience.

“It was just after the last round of round-robin games and I tore my hamstring in a club championship game” recalls Kilkenny's Claire Phelan. “It was before the semi-final. Then I was training, coming back and I tore it again just before the All-Ireland final.

"I just wasn’t going to be ready. I didn’t pass the fitness test before the All-Ireland. I togged out and was hoping I might see some of it, but realistically, I just wasn’t ready. It was taking too much time to heal.

“That was tough. You want to be on the pitch and it was such a tough game… You’re standing there watching, and the game was so close, you’re always thinking what you could bring to it and what you could do but unfortunately it wasn’t going to work for me.

"The injury was never going to heal up in time. It was very hard, very tough to watch but the girls gave it their absolute all and did everything they possibly could. Cork are a great team and they showed it that day.

“This year, hopefully I’ll be able to hold onto my place and maybe do something on the pitch in Croke Park, if I’m lucky enough to be on.”

Now 24 – she will be 25 in November – Phelan need have no worries about being on the pitch, fitness allowing, having re-established herself again as Kilkenny completed a three-in-a-row in the League and return to the scene of the crime – and, it should be said, the scene of the glory of 2016 – for a third consecutive clash with Cork in an All-Ireland final.

It was Ann Downey who called her into the squad when she was just a fifth year pupil in 2011, during Downey’s second stint as manager. When the legendary figure returned a third time, she oversaw that long-awaited All-Ireland success.

Of course Phelan has long been in thrall to Downey and her sister Angela, who along with another multiple All-Ireland-winning sister with Kilkenny Marina, garnered an All-Ireland club title with Lisdowney in 1994, when Phelan was just a few months old. These were the names that inspired the young girl picking up a hurley around that club then and now.

“Oh God yeah,” says Phelan, who is now a primary school teacher. “Growing up you were hearing about them and watching out for them up in the pitch. It was great to have superstars like that in the mix at home in your own club.

"And then, as I was growing up, playing under Ann and Angela was an even bigger thing. They have all the knowledge of the game. They’ve been there and done that and you couldn’t ask for better really.”

Brigid Barnaville and Anna Whelan were others from Lisdowney to participate in the golden period of Kilkenny camogie, but it was Ann and Angela who led the way, with 12 All-Irelands each. Now Ann is captain of the ship, with Angela, Marina and another former great, Breda Holmes working selflessly.

“What Angela and Breda Holmes, and Marina do, between water and jerseys and hurls - some of the best people to ever play camogie and they’re happy out to be there in the background to help with all these things. We’re so lucky to have them and we don’t even realise it at times the work they’re doing. They’ll go to all the lengths they can to help us.

“They’re putting everything they can into it, in any way at all. It’s not about them winning anymore. They’re thinking about us and the future of camogie in Kilkenny.

"They were fortunate enough to be the stars a few years ago and they’re looking after us now and hoping we can do the same, to keep camogie strong in the county.”

Phelan has two All-Ireland medals apiece at minor and under-16 level to go with her senior memento. And while Lisdowney provided readymade role models, she has had significant influences even closer to home. With three brothers (Seán, Martin and James), she quickly developed a toughness that has stood to her as the physicality of camogie has increased spectacularly in recent years.

“Growing up with three boys at home, they probably gave me a bit of a battering but it did me good and probably got me where I am," she smiles. "And they wouldn’t be afraid still to throw a few digs if we were out in the back garden!

“The lads would have played under-age with Kilkenny and are heavily involved with the club here. They’re always out with the hurling ball as well. It’s just the natural way of life at home. Our parents are fed up with us going in and out with hurleys and gear and everything.”

One imagines that there were many broken windows over the years.

Getting to Croke Park is the reward for them all. And having missed out 12 months ago, they will relish it just that little bit more.