From a rainy night in Brussels sprouts an alternate universe 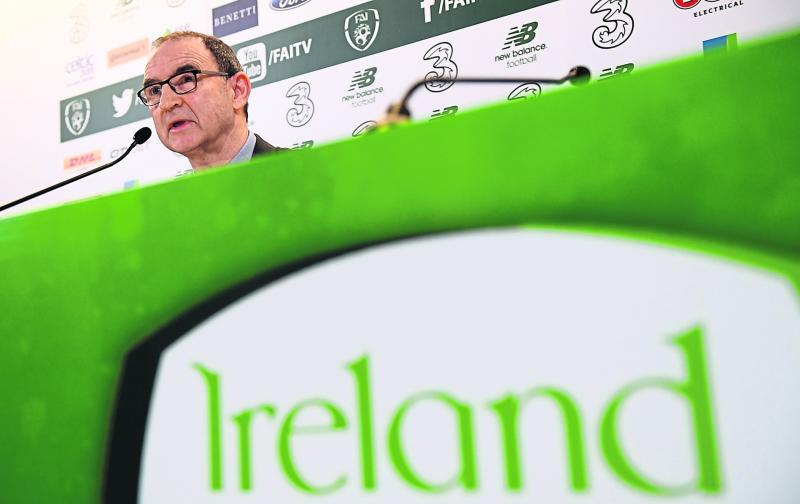 The fiasco in Cardiff. The Keane/Arter affair. Keane and Arter and Walters and Ward. Redemption of a sort in Poland, with a debut international goal from Aiden – not Aidan, obviously – O’Brien.
Aidan O’Brien was born in Wexford. Aiden O’Brien was born in Islington. Another success for the FAI’s under-age structures. Not.
Just another week in FAI Land, a universe where the unusual is usual, the abnormal is normal and the bizarre is par for the course.
Might it have been different?
It might have. Let us scroll back to March 25, 1981 and a rainy night in Heysel. The night that Irish soccer reached a fork in the road and took a wrong turn that continues to haunt it. The night of the Sliding Doors.
It was arguably Ireland’s best team ever (Brady, Daly, Whelan, Stapleton, Robinson, Grealish et al) and one that under Eoin Hand played attractive attacking football.
Against Belgium that night Stapleton had an early goal ruled out for a non-existent offside by a Portuguese referee called Raul Nazare, who two minutes from time awarded the hosts a free on the edge of the box following an obvious dive by Eric Gerets. The only goal of the game resulted.
In 2002 my old Sunday Tribune mucker Paul Howard had the brilliant idea of going to Lisbon to interview Senor Nazare and showing him the video of the game. The retired whistler was unable to explain his two utterly wrong decisions; Paul departed convinced that he had been got at before the game.
Belgium ended up topping a wretchedly difficult group on 11 points, with France squeezing out Ireland on goal difference and Holland, merely the runners-up at the previous two World Cups, finishing fourth on nine points.
So Ireland stayed at home while France went on to reach the 1982 World Cup semi-final and Belgium reached the second round. It is not overdoing it to posit that Ireland would have managed the latter too. In any case, even by getting to the finals in Spain, everything would have changed.
So let’s ponder those Sliding Doors. Ireland win – or even draw – in Brussels on March 25 1981, the upshot being that the first major international tournament they reach is not Euro ’88 but the 1982 World Cup finals.
Messiah
The messiah who brings the nation to this land of milk and honey is not Jack Charlton but Eoin Hand. Charlton, indeed, does not feature at all in the story of Irish soccer. He was never appointed because Hand, now a proven winner, remained at the helm and, with the experience and confidence of Spain ’82 behind them, Ireland qualify for Euro ’84 in France and the 1986 World Cup finals in Mexico.
Now for the really important bit. Because Ireland prospered in Spain by passing the ball, with Liam Brady as the operational hub, and gained lavish plaudits for doing so, a template was set.
Ireland teams continued to play the passing game for the next three decades and still do. In time Brady took over as manager from Hand and the transition was seamless.
In reality Italia ’90 provided the worst and most negative tournament ever and Charlton’s Ireland were one of the dullest, most one-dimensional teams in it. In our alternate reality Brady’s Ireland wouldn’t have been.
Look where we are now.
An FAI chief executive who believes he’s worth his exorbitant salary. An FAI board that exists because it always has. An under-21 team beaten 6-0 by Germany last week that contained players from Yeovil, Crawley Town and Maidstone United. The senior team playing caveman football under a manager who 20 years ago was fresh and funny, but that was 20 years ago. An assistant manager who is perhaps the least interesting man in the world.
Those bloody Sliding Doors, huh?