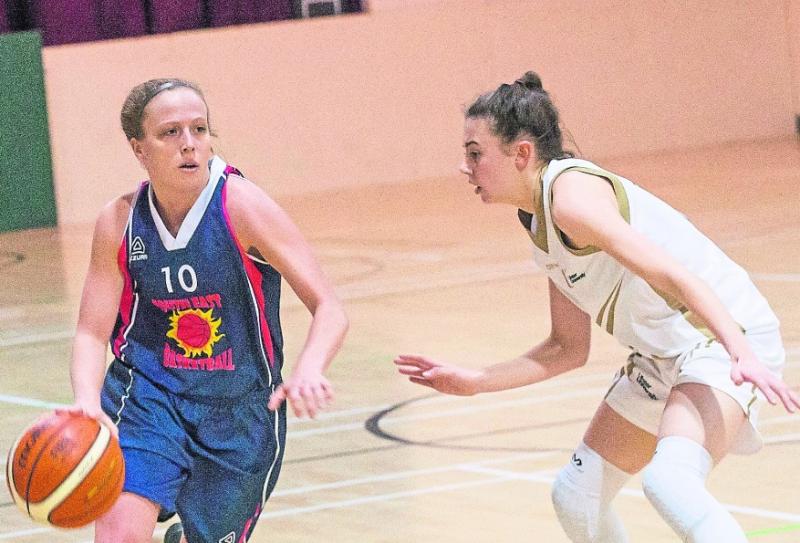 Sunday will be a red letter day in the history of basketball in Kilkenny.
The Marble City Hawks ladies team will make history when they become the first basketball team from Kilkenny to complete at the highest level in Ireland.
The Hawks tip off their Super League season with a very tricky encounter against last year’s Super League champions down in Glanmire, Cork.
The Hawks have enjoyed an amazing journey so far in their three year life span at national level with appearances in National Cup finals 2017, National League Top 4 winners 2017 and National league champions 2018.
Next level
They now hope to bring their A-game to the next level in the Super League. It is a tough ask, but the girls are up for the challenge.
The squad were delighted to welcome back star performer, Katie Fox, for the season as she brings a unique intensity and energy to every game.
A new addition this year is Mia Hopkins from Pennsylvania, US. The team are very excited with this new signing for the season and are looking forward to Mia joining the group to help bring them to the next level.
Along with the squad that got the Hawks to the Super league there are a number of new rising starts after joining the club. The hope is that they can be introduced during the season because the bigger the squad the better for everyone.
Ten clubs
This season 10 clubs from around the country will compete for the Super League and National Cup.
The season gets underway this weekend.
The squad have extended thanks to all sponsors who have come on board to support them this year.
They are also hoping that that the massive home support that has followed them to date will lead the charge again this season and give them the real home court advantage that has been so crucial in recent years.
Season tickets are currently on sale for all home games. They can be purchased from any member of the squad or club committee.
The price per tickets is €30 for adult and €16 for youth (under-16).
Squad for the Year - Sheila Sheehy (capt), Anne Prendergast, Claire Kelly, Katie Fox, Aine Sheehy, Phil Fogarty, Elaine Kennington, Rachel Butler, Emily Hughes, Caoimhe O’Neill, Maria Connolly, Ava Coogan, Fiona Whitely, Mia Hopkins.
Dates for your diary (home games in O’Loughlin Gaels GAA centre, Kilkenny):
October 13 (​7pm) ​v Fr Mathew’s
October 21 (​3pm​) v Pyrobel Killester
October 27 (​7pm​) v DCU Mercy
November 24 (​7pm) ​v NUIG Mystics
December 15 (​7pm) ​v Singletons Supervalue Brunell
January 5 (​​7pm) ​v UCC Ambassador Glanmire
January 19 (​​7pm) ​v Couryard Liffey Celtics
February 16 (7pm) ​v Maxol WIT Wildcats
February 23 (​7pm) ​v IT Carlow
Basketball Ireland Women’s Super League teams 2018/19 - Ambassador UCC Glanmire, Courtyard Liffey Celtics, DCU Mercy, Fr Mathew’s, IT Carlow Basketball, Marble City Hawks, Maxol WIT Wildcats, NUIG Mystics, Pyrobel Killester, Singleton SuperValu Brunell.