IHC: Brennan goal lifts Graigue-Ballycallan and they race away from Glenmore 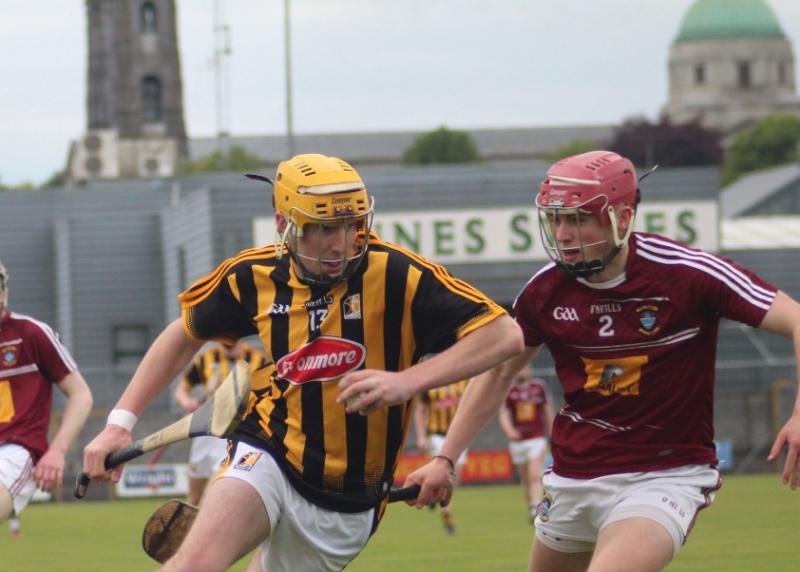 A well worked and well taken goal by Aaron Brennan in the 42nd minute put wind assisted Graigue-Ballycallan on the road to victory over gutsy Glenmore in the Kilkenny intermediate hurling championship quarter-final in Ballyhale today.
Defender James Ryall drilled an aimed pass down the left wing to ever lively county man, Billy Ryan, who worked hard to move the ball on to Brennan, who lashed it home from 10 metres.
The score shot Graigue 2-11 to 0-14 in front, and suddenly they began to run away from the opposition. During the remainder of the game they out-scored Glenmore by 0-10 to 0-2 as the likes of Billy Ryan and Jesse Roberts went on a scoring spree and one of their star performers, wing back James Ryall also joined in the scoring.
Glenmore couldn't grab hold of the game when wind assisted during the first half. The scores were level three times during the half, with Graigue the more threatening all the time.
They had a goal from Sean Ryan after 10 minutes, and that was the difference between the sides at the break when Graigue showed 1-7 to 0-9 in front.
Glenmore, who failed to score during the second half last week when beating St Martin's, had an early point from Shane Doherty after the turn to level it. The scores were level on four occasions subsequently before Brennan's goal electrified Graigue and saw them gallop away to victory.
SCORERS: Graigue-Ballycallan - Sean Ryan (1-6); Aaron Brennan (1-1); Billy Ryan (0-4); Eddie Brennan, Jesse Roberts (0-3 each); Sean O'Dwyer (0-2); Conor Murphy, James Ryall (0-1 each). Glenmore - Alan Murphy (0-4); Eoin Murphy, Shane Doherty, Mark Aylward, Michael Phelan (0-2 each); Emmet Vereker, Ger Aylward, Liam Hennessy, Darragh Hartley (0-1 each).