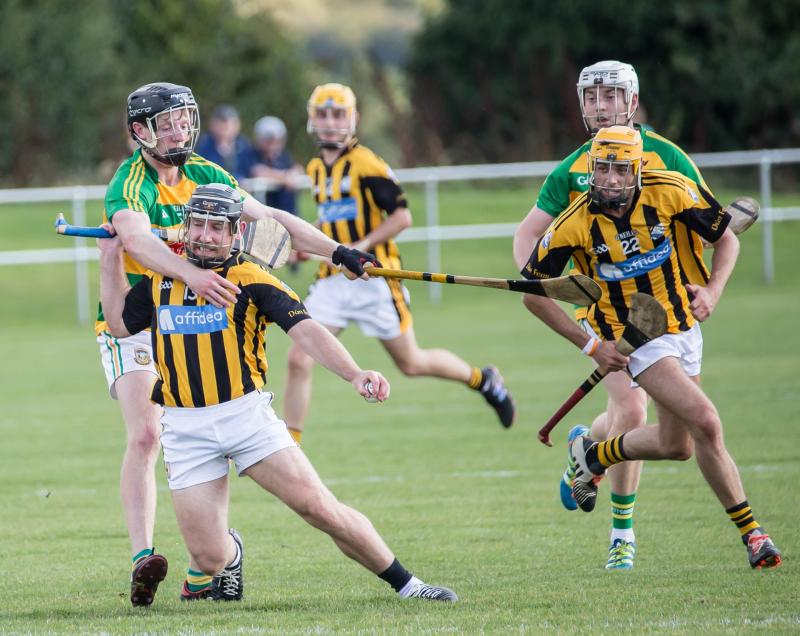 Richie Hogan hit 0-9 for Danesfort before injury forced him out of their relegation final with Carrickshock PICTURE: PAT MOORE

They lost their talisman to injury, but Danesfort regrouped in determined fashion to retain their senior hurling status.

Carrickshock had closed to within a point (0-13 to 1-9) when the ’Fort lost their leading scorer Richie Hogan (0-9) to injury. With time on their side – 18 minutes of normal time remained - the ’Shock felt confident they could turn the game their way but were undone by a Danesfort rally.

The leaders put together a run of six unanswered points that all but saw them home. Paddy Hogan got them up and running, before Gary Tynan (0-2) and impressive youthful duo Jack Bruton (0-2) and James Mullally (free) teamed up to put real daylight between the teams (0-19 to 1-9).

Carrickshock didn’t give up, clawing back some of the deficit thanks to Brian O’Donovan’s injury-time goal, but they couldn’t save themselves from relegation.

It was a harsh end to a game which had started well for the losers. They burst into life when John Power plundered a fourth minute goal, then moved further ahead as Kevin Farrell (0-2) and the industrious Eanna Martin notched up points.

Danesfort duly rallied. With Richie Hogan leading the way they got back on level terms before Mullally and Daire O’Neill hit points to give them a narrow lead by half-time (0-9 to 1-5). It was an advantage they would not lose.