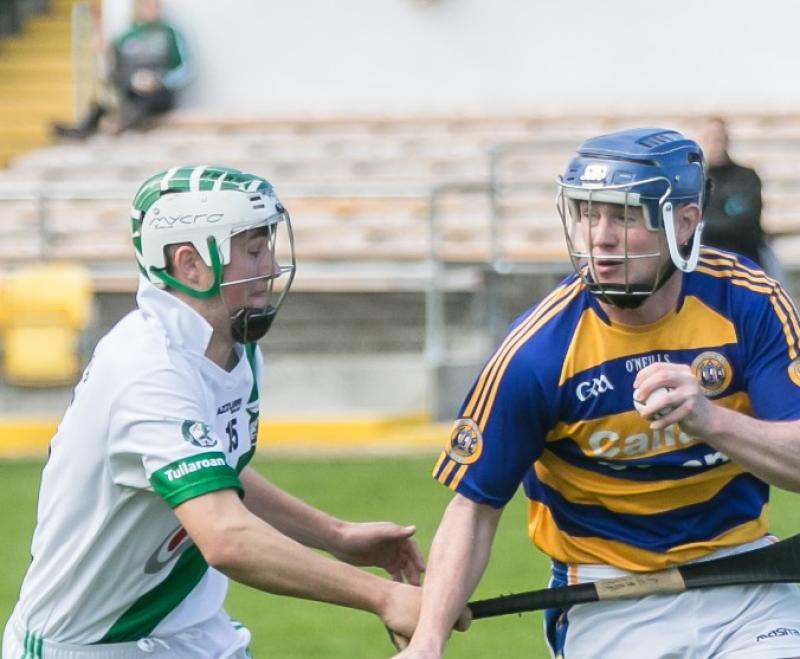 A terrific take of 14 points from the elegant Shane Walsh fired Tullaroan into the Kilkenny intermediate hurling championship final and a meeting with near neighbours, Graigue-Ballycallan in two weeks time.
Tullaroan were steady more than brilliant when leading St Lachtain's (Freshford) all the way in this semi-final in Nowlan Park today.
There was a little blip in the 48th minute when Tullaroan conceded a penalty, which St Lachtain's ace striker, Liam Hickey put wide. The score was 0-15 to 0-11 at the time. Had Lachtain's bagged a goal then they could have piled the pressure on the opposition.
Instead, Tullaroan escaped and when they recovered their scoring touch, four frees on the trot from Shane Walsh took them into a winning position (0-19 to 0-12).
Tullaroan looked like running away with the game when they dashed five points to no score clear during the opening seven minutes.
Free taker Shane Walsh (3) did most of the damage, but after Denis Lennon opened St Lachtain's account with a point in the ninth minute, they settled much better.
With some lovely scores from free taker, Liam Hickey, two in particular from 85 metres, Lachtain's had the arrears back to the minimum by the 23rd minute (0-8 to 0-7).
Tullaroan finished the half well, and when Shane Walsh rounded off his account with a sixth score, they led by 0-11 to 0-8 at the break.
Apart from the penalty, the second half was relatively trouble free for the winners.
SCORERS: Tullaroan - Shane Walsh (0-14); Padraig Walsh (0-2); John Walton, Bill Gaffney, Peter Walsh (0-1 each). St Lachtain's - Liam Hickey (0-9); Patrick Killeen (0-2); Denis Lennon, Noel McGree (0-1 each).