Meet Kilkenny's Steven Scallan – the real underdog of the Underdogs 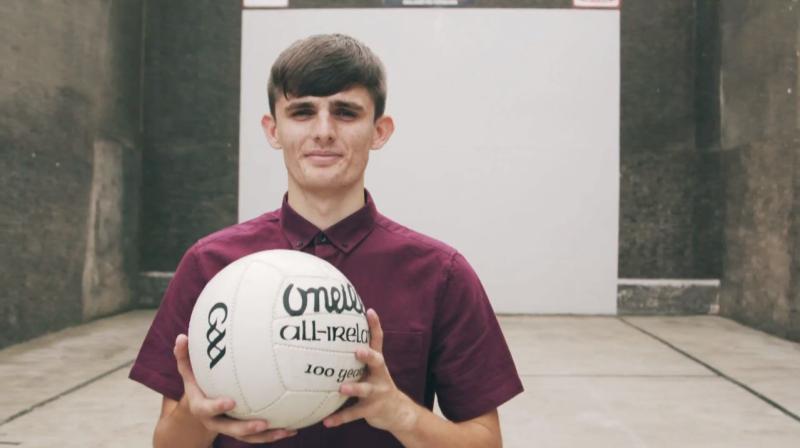 Ever hear about the Kilkennyman who played the role of David when pitted against a sporting Goliath?

If you’ve been paying attention to the Underdogs story this year, then you’ll know all about the man from the Marble City who is hoping to test himself against Gaelic football’s best.

For city native Steven Scallan, an eventful Summer could be capped by the unforgettable experience of getting to play against the all-conquering Dublin senior football team.

Part of the Underdogs squad, a panel assembled from the TG4 reality programme, the band of footballers who have never played senior inter-county before will pit their wits against the Dubs in a mouth-watering clash at Parnell Park on Friday.

And right there in the middle of all the action will be the young man representing O’Loughlin Gaels - only this time with a size five O’Neills ball, rather than a sliotar!

“I was just mad to play a bit of football,” Scallan said, reflecting on the adventure which has taken him this far.

“I saw the ads and thought ‘I’ll have the chance to play a few games’. I never thought it would end up like this.”

It’s more than a decade ago that TG4 first brought the Underdogs to national attention, but while there have been Kilkenny hurlers involved before the idea of one making the grade at Gaelic football was a strange one. 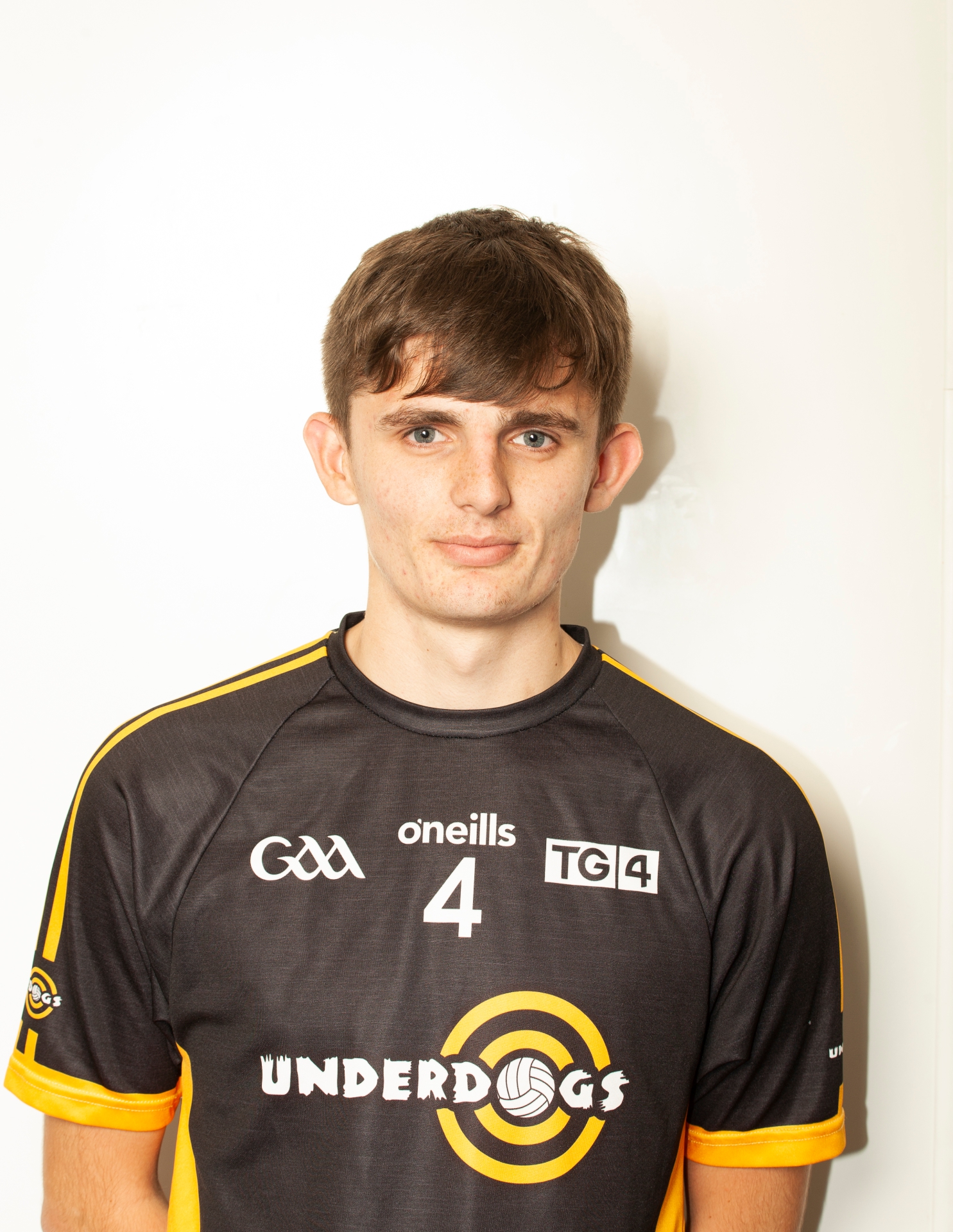 It’s an idea that Cork inter-county star Valerie Mulcahy, one of the mentors of the team, certainly agreed with – she has called Scallan the underdog of the Underdogs.

“It’s something I’ve always loved,” he said of Gaelic football.

“I’ve played soccer for Freebooters for years, but it was through my father Larry being involved with Gaelic football in Wexford that I was drawn into the game.

“It started with me going to training every week with him,” he said of his football beginnings. “We used to get into the car and go down to Wexford for training over the years, which is where it all stems from.”

The Kilkennyman hasn’t had it easy getting to this far. Scallan is up against guys who play almost all year round with their clubs; for most footballers in Kilkenny the competitive action is confined to the early months. It was hard to keep up to that level and stay sharp.

“There was a lot of hard work involved,” he said. “It felt like I was starting from the beginning, so there was a lot of working on the building blocks and moving up, bit by bit, to the point where I’m now hoping to play against Dublin.

“Determination has helped,” he added. “I’ve grafted my way along, just like anyone else in Kilkenny would.”

Scallan’s work ethic was highlighted in the show when he spoke of the hours he has put in to improve his game. After another of the Underdogs coaches, Kerry’s Paul Galvin, spoke of his need to work on his right foot Scallan put in the hours working on that side of his game.

“My first introduction to a high level of football came last year when I was a fresher at Maynooth,” he said. “All of a sudden I went from playing four or five games of football a year to training with guys who were playing senior inter-county football. That started to help raise my game.”

Playing and competing with players of that calibre gave Scallan the spur to go on and test himself on the Underdogs scene.

“It played a part,” he agreed. “If I hadn’t played Gaelic football last year in college I wouldn’t be in the position I am now. The manager in Maynooth Shane McCormack, the former Kildare goalkeeper, said ‘you might have something in you, so I’m going to trust you and throw you in the deep end – you’ll either sink or swim’.”

That was a huge show of faith, but Scallan relishes a challenge.

“I’d never back down from anything,” he said. “I’m a goalkeeper in soccer, which helps you communicate well and that builds confidence into your game.”

That confidence was severely tested when Scallan was part of the Kilkenny minor football team who suffered a mammoth defeat at the hands of Wexford in the Leinster championship of 2016.

While others scoffed at the side, the city native was quick to talk of the pride he felt in representing his county and how he would never turn them down no matter how tough the odds were.

Together with the successes of the county’s junior team in recent seasons, Scallan is hoping his involvement in the programme can help raise football’s profile in the county. 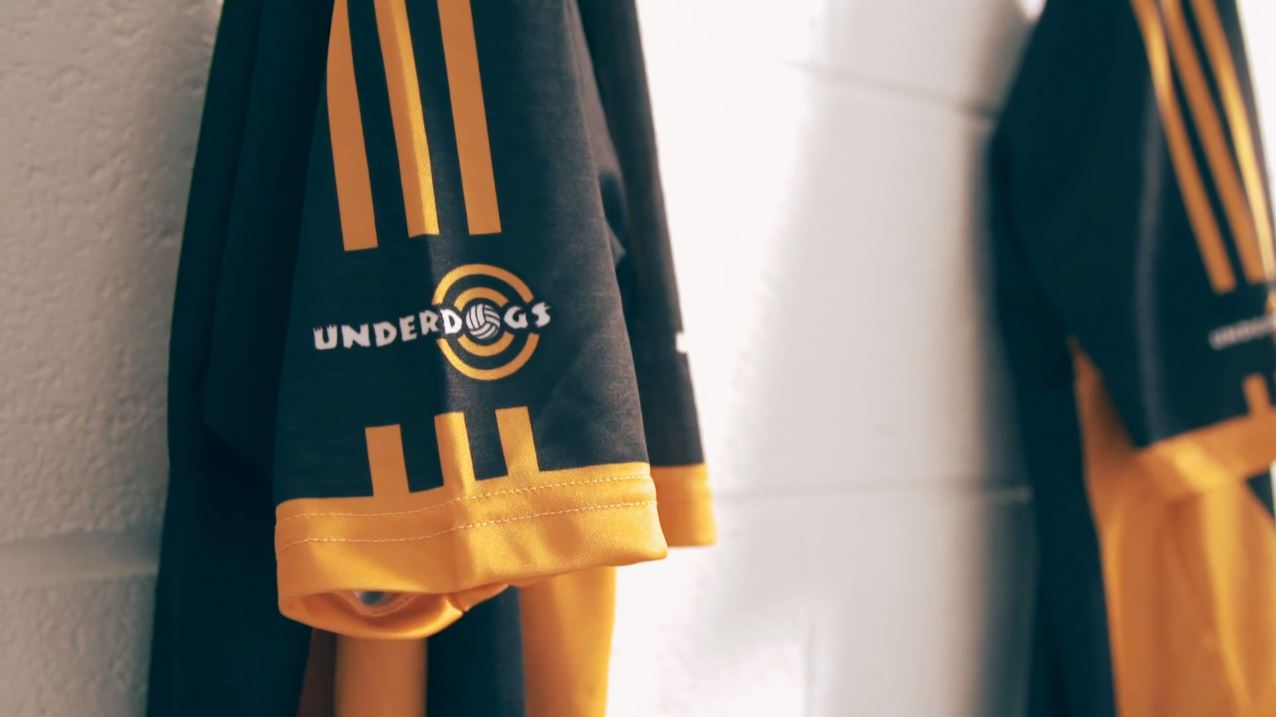 “Gaelic football may have been in the shadows with all the success hurling has had over the last 20 years but, with every year that passes, maybe the gap will get a little closer,” he offered.

“Who knows, maybe some time in the future we’ll be talking about Kilkenny playing football in Croke Park,” he said. “That’s the ultimate goal – to see the black and amber jersey tussling for a size five O’Neills football.”

Such a day might be some time away; what will be a lot closer is getting the chance to take on a Dublin side with a group of players Scallan has great praise for.

“There really are no easy games with the Underdogs,” he said. “Everyone there is capable of playing senior inter-county football. The Underdogs can be a launchpad for players (Kieran Donaghy proved just that in the opening season) especially with the coaching we’ve received – if you can’t learn from the best then who can you learn from?”

It’s all part of a rollercoaster ride for Scallan.

“Some of the lads who are involved with the Underdogs have been playing football almost as long as I’m alive,” he said. “My involvement with the game could be condensed into the last four years, but I’ve grabbed every opportunity that’s come my way.

“I’ve exceeded every target I’d ever set myself. When I walked off the pitch after that Wexford game I wondered ‘was football for me?’ but when you have a passion for something it’s always going to be there – you can’t just switch it off.”

And that passion will be tested when they take on the Dublin in Parnell Park – there’s no bigger challenge in the game.

“It’s like going from one end of the spectrum to the other,” he finished. “Going from that heavy defeat in the minors to possibly lining out against the best team there ever was. It would be amazing to get the chance to play them – it could be the highlight of your career.”

The match will be broadcast live from Parnell Park on TG4 on Friday, with throw-in at 7.45pm. Tickets are available from www.tickets.ie