Soccer: Carlow Kilkenny all set for Shield semi-final with Dundalk 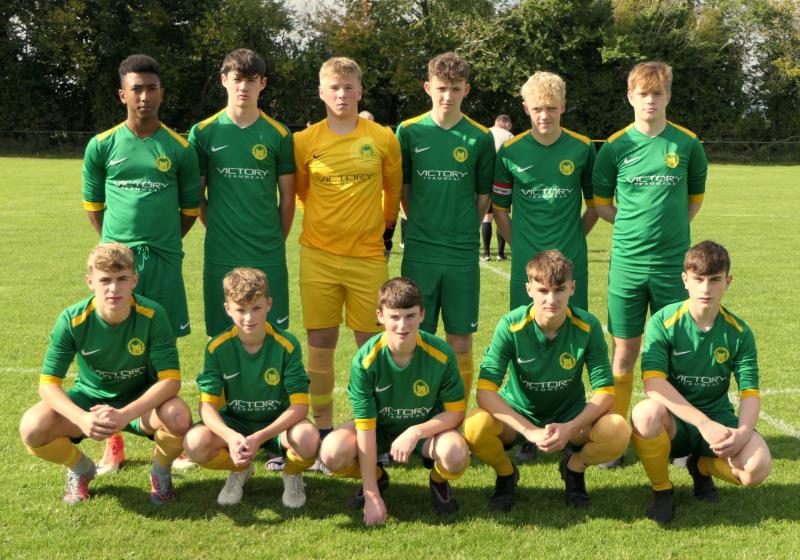 The League of Ireland adventure has taken them on some twists and turns, but Carlow Kilkenny know they are within touching distance of nabbing some silverware in their first season of national action.

Mark Ross’s under-15 side will be hoping to move a step closer to glory when they entertain Dundalk in the Shield semi-finals today (Saturday) in Derdimus at 3pm.

After a tentative start to the campaign, which kicked off in March, the local side turned the corner in the second half of the season as they put together some impressive performances and with it earned some good wins. They scored a 3-2 win away to Cobh Ramblers, beat local rivals Waterford 2-1 in the following game and became the only side to take a point from Cork City in Bishopstown.

They picked up the pace in the second phase, topping Group One with four wins from their six games played. They exploded into action with a 100% record from their opening three games.

Wins over Cobh Ramblers (4-0), Kerry (2-0) and Waterford (3-1) put the side in a strong position to reach the Shield semi-finals. A 2-1 loss away to Waterford checked their stride but a 3-0 win over Cobh, combined with Waterford’s 1-1 draw at home to Kerry, meant the locals couldn’t be overtaken.

Carlow Kilkenny will be hoping to maintain their good form on Saturday, but know Dundalk won’t be a walkover. The Louth side have been impressive on their way to the final four, winning five of their six Group Three games to cement top spot. They have been among the goals too, scoring 12 in two games against Cavan/Monaghan, while three clean sheets indicate a mean defence.