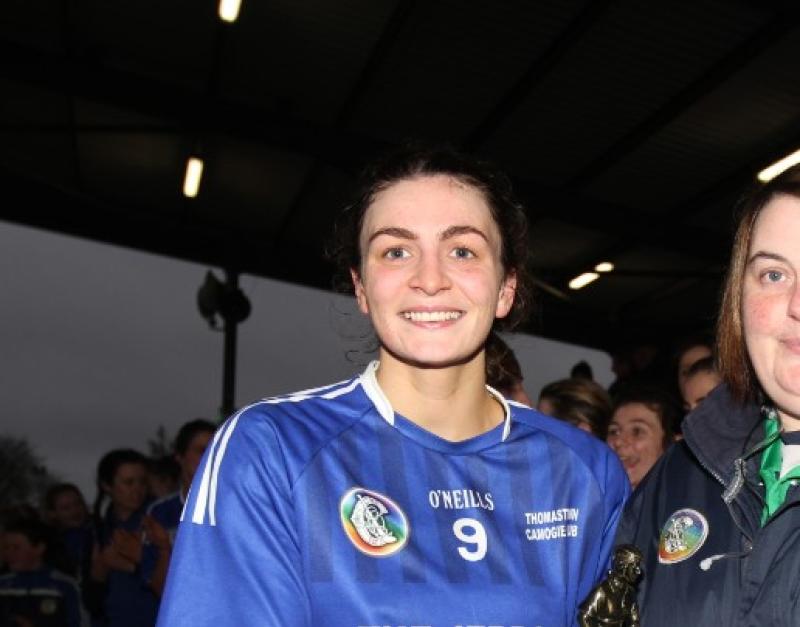 Points in the 60th and 62nd minutes from Eimear Farrell and an Anna Farrell free earned defending champions, Thomastown, victory in a gripping Kilkenny senior camogie final in John Lockes Park today.
Five minutes from the end of normal time wind backed Thomastown regained level terms when Niamh Donnelly found the target, but brave, brave Piltown could find no more and the two late scores meant 'Town completed their hat-trick of wins.
Piltown opened strongly when backed by the strong wind. Within three minutes Edel Long, Katie Power (free) and Aoife Doyle all registered.
The 'Town opened their account through Joanna Fitzpatrick in the eight minute, and they eventually caught up at 0-4 each. However, late Piltown points from Kelly Ann Doyle and Edel Long, against one reply from Anna Farrell, left them leaders by 0-6 to 0-5 at the break.
The wind wasn't as strong after the break and when Thomastown hit the front with a minor from Emer Donnelly in the 35th minute (0-7 to 0-6) they looked set to motor on to victory. No way!