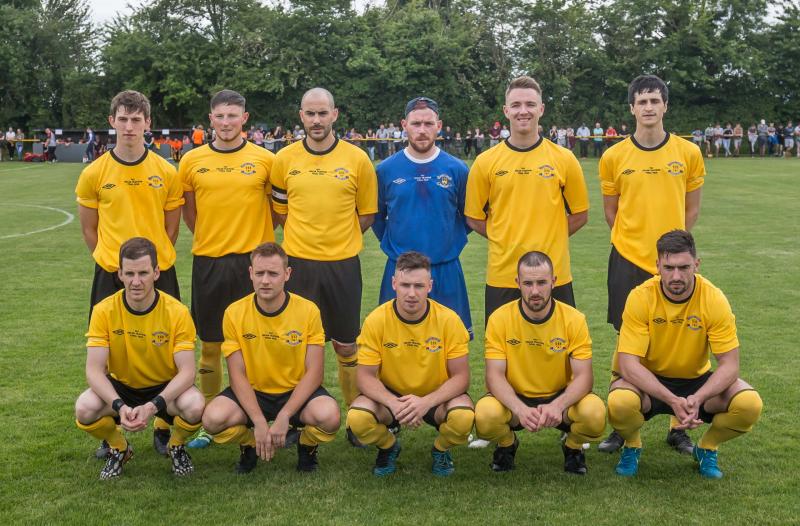 The Kilkenny & District League, who were beaten in last year's Oscar Traynor final, will be hoping to go one step further this season. They start the 2018/19 campaign at home to Wicklow on Sunday

The Oscar Traynor journey starts again this weekend for the Kilkenny & District League, but the Cats will be hoping the adventure goes one step further this time!

Managers Jim Cashin and Jim Nugent will turn their attentions to capturing the title that evaded them last year when they start their 2018/19 campaign at home to Wicklow on Sunday (kick-off in Derdimus is at 12.30pm).

“We are hopeful of getting off to a winning start,” said joint boss Cashin ahead of Sunday’s game. “We have a four-team group this year and with the first game at home it’s vital we make a good start.”

It may be the first game but, with Wexford and the AUL drawing their game, the incentive is there for both Kilkenny and Wicklow to stake an early claim for top spot in the group.

In terms of squad Kilkenny have tweaked the side who were beaten by Carlow in last year’s final. A long-term injury has ruled out last season’s captain Niall Andrews, but he will still be on hand to lend his expertise as he has joined the backroom team.

Craig Wall and David Grincell will also miss the game through injury while David Rice is suspended following his red card in last season’s final.

Coming into the set-up will be Mark Slater, Owen McCormack, Andrew Wall and Peter Higgins, players with plenty of League of Ireland experience, while the pace of Dylan Dunphy-Wallace will be an asset to the side.

There was plenty of local action over the weekend, with the FAI Junior Cup taking centrestage.
Freebooters took the bragging rights in their local derby with Fort Rangers. They won 9-0 on the Fair Green, David Doyle leading the way with a hat-trick. 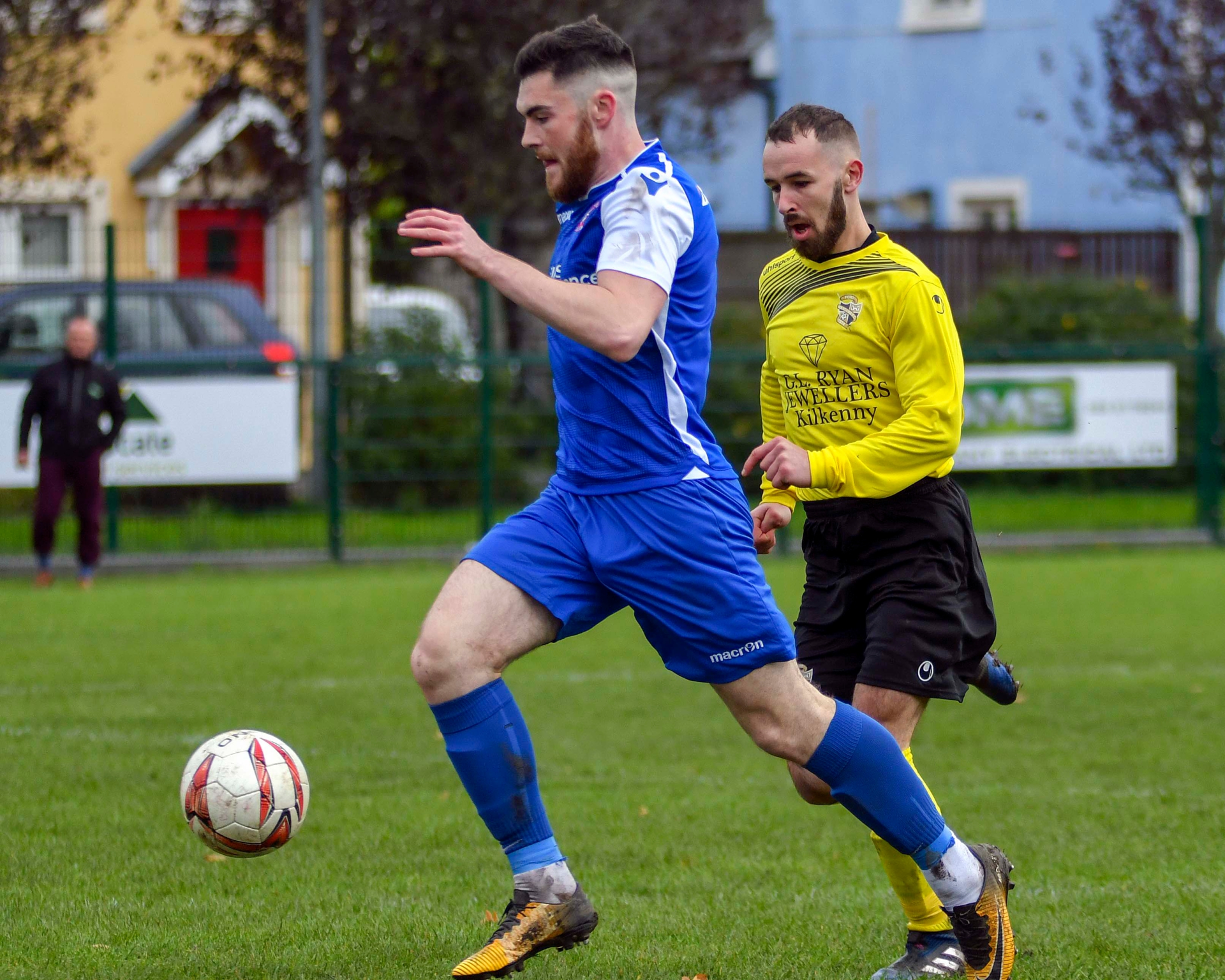 Emmet Nugent (2), Sam Watkins, Andrew Wall, David Rice and Success Edogun were also on target for the Blues, who have now scored 20 goals in two games against Rangers.

There was no joy for Bridge United, who lost 4-0 away to New Oak Boys, but there was better news for two other local sides. Highview Athletic saw off Celtic Stars 2-1. Jordan Brett shot them into the lead before Chris Kielthy’s second half winner sealed a good performance. 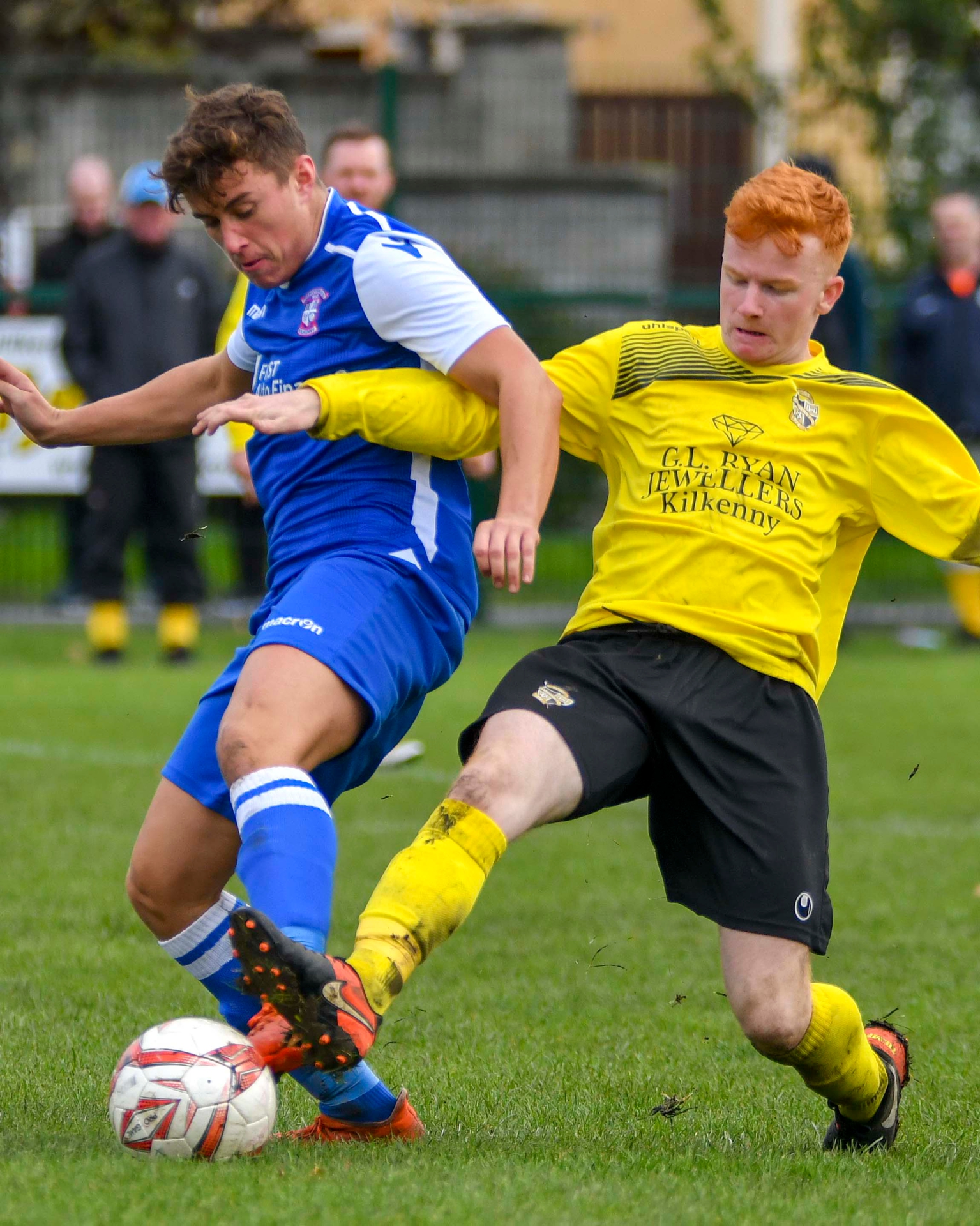 Evergreen also put their name in the hat for the next round thanks to a 4-1 win away to St Pat’s Boys.
A goal in either half from Chris Whearty, plus one apiece for Sean Barcoe and Damian Kelly, did the job for Gary Maher’s side as they saw off the Carlow side.

The only Premier Division game saw Evergreen B draw 2-2 with Deen Celtic. Cian Morton and Eddie Teehan scored for the hosts. Colin Phelan got Celtic’s first before Ryan Maguire, direct from a corner, hit Celtic’s equaliser.