Hurling: Kilkenny name panel for clash with Galway in Sydney 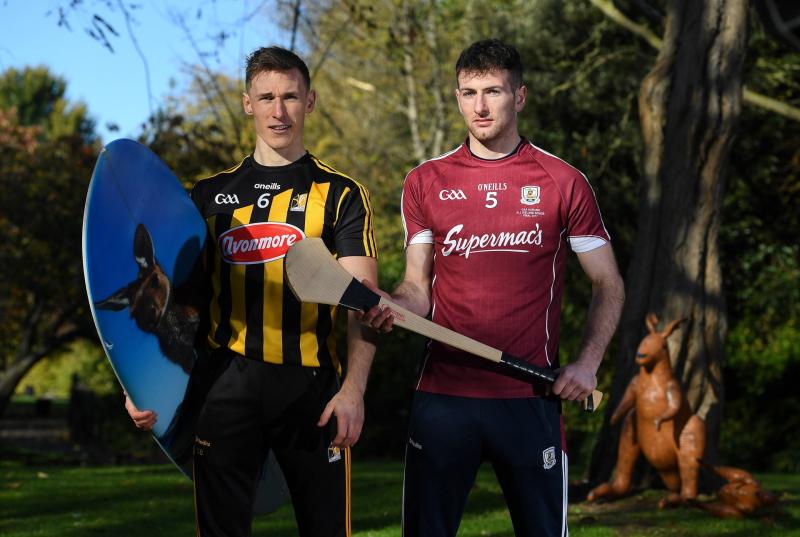 Kilkenny senior hurler Cillian Buckley came face to face with Galway counterpart Padraic Mannion as they prepared to lead their counties in a battle Down Under.

The Cats will take on the Tribesmen in a hurling match in Sydney for the right to bring the Wild Geese Trophy back to Ireland.
The match, the first full format game to be played outside of Ireland, will form the centrepiece of the inaugural Sydney Irish Festival, which will be held on November 10 and 11 at Sydney Showgrounds, Sydney Olympic Park.

The Festival will be a fusion of art, culture, music, dance, food and drink that will culminate in a competitive hurling match for the Wild Geese Trophy.

The Wild Geese Trophy will mark the cultural respect that exists between the Australian and Irish people. It has been named in honour of 6 Irish fenians who successfully escaped the drudgery of a British ruled penal colony in Western Australia in 1876; an act of defiance that would later become known as the Catalpa Rescue. 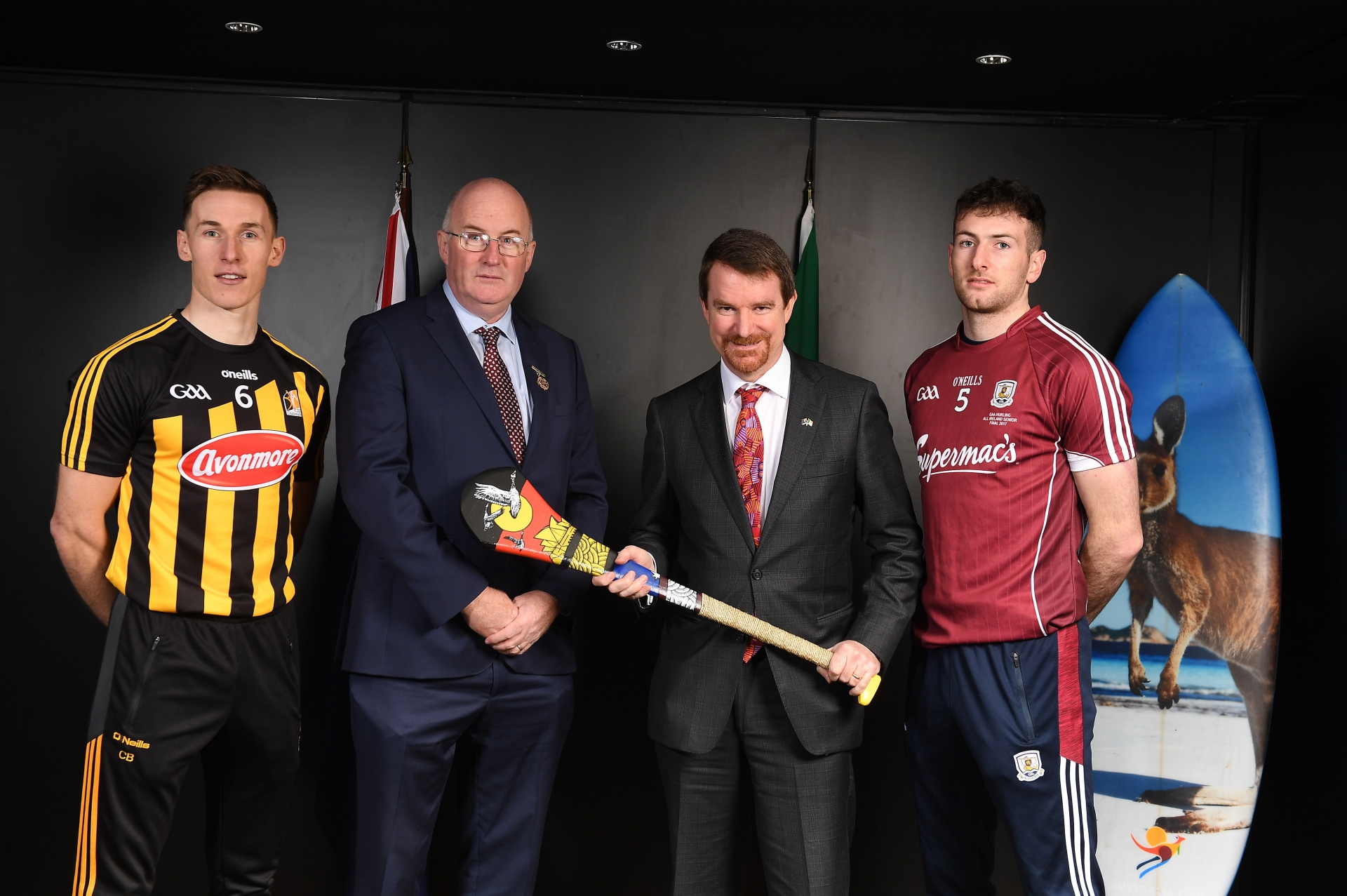 Kilkenny's Cillian Buckley, Uachtarán Chumann Lúthchleas Gael John Horan, Australian Ambassador to Ireland Richard Andrews and Pádraic Mannion of Galway in attendance at an event to mark the departure of the Kilkenny and Galway teams, who fly to Australia to take part in a match for the Wild Geese Trophy as part of the Sydney Irish Fest on November 10/11, at the Australian Embassy in Dublin Picture: Harry Murphy/Sportsfile

The Sydney Irish Festival kicks off on November 10 with family-friendly entertainment throughout the day including traditional Irish dance performances and competitions, hurling clinics, amusement rides, player autograph sessions, activities for kids of all ages and a Guinness Book of Records attempt to make the world’s biggest Irish stew.

As the day transitions into evening entertainment patrons will be able to enjoy comedy and live music culminating in a major concert commencing at sunset with soon to be announced global artists to headline.

Day two begins with the Big Irish Brunch, more family friendly activities, hurling clinics and live music in the buildup to the pre-game welcome parade of the teams into the stadium, before the game which starts at 3.30pm.

Kilkenny booked their place in the game when they beat Tipperary to lift the Allianz League title. Galway earned their berth by virtue of their All-Ireland success in 2017.