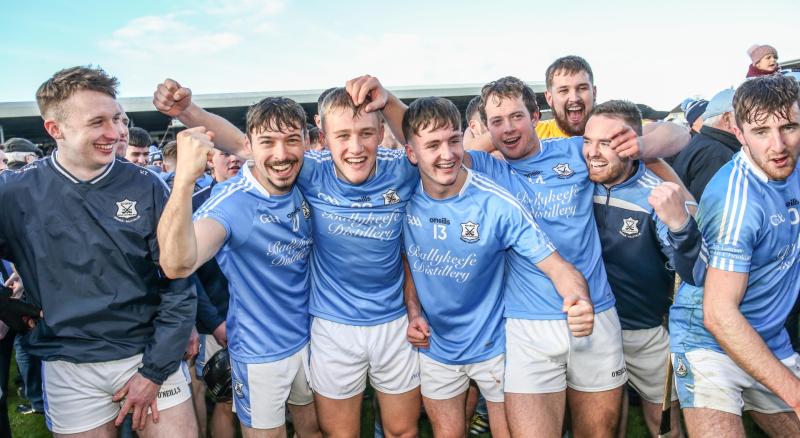 A week after their county final victory, Graigue-Ballycallan had that winning feeling again PICTURE: PAT MOORE

It was a big ask, turning out again seven days after an epic county final, but Graigue-Ballycallan rose to the challenge as they kicked off their Leinster club hurling campaign in winning style.

It wasn’t plain sailing for the Kilkenny intermediate champions, however, as Kildare senior side Celbridge pushed them all the way in a tense tie in John Locke Park.

In a battle of nerves two late Conor Murphy frees did the trick as Graigue fought their way to victory, and with it a semi-final meeting with Wexford’s Fethard St Mogue’s in a fortnight’s time.

Murphy was most impressive, not least in the first half. He helped himself to six points, five from frees, as Ballycallan kept their noses in front. Billy White (0-3) did most of the scoring for Celbridge, but they trailed by three at the break (0-9 to 0-6).

With White in full flow Celbridge raised their game in the second half. Going toe-to-toe with a tiring Graigue they took the game to the tiring Kilkenny side and got their reward when drawing level by the 46th minute (0-12 to 0-12).

The game was in the melting pot, but Graigue were fired up. Quickfire points from Billy Ryan and Sean O’Dwyer had them back in front again. Celbridge did halve the deficit late on, Mark Moloney mining a good point, but Murphy’s late brace ensured it was Graigue’s day.