Kilkenny greyhounds: Going Places -and in a hurry 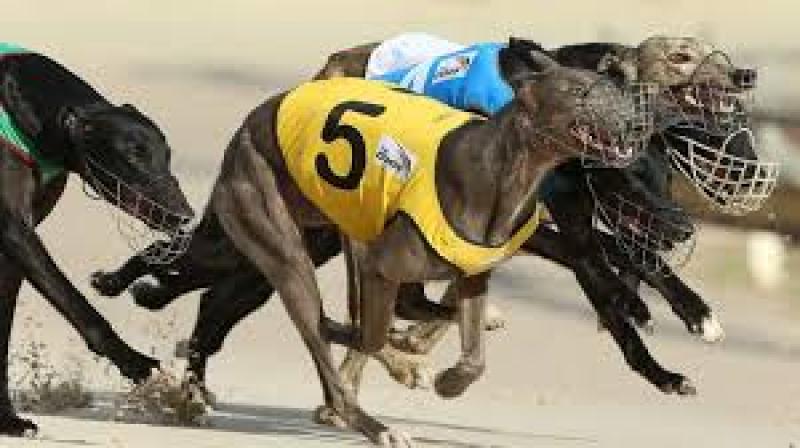 Racing in Kilkenny on Friday night featured a nine race card. The Pauline Lennon memorial a3 stake got underway and it looks set to be a very enjoyable stake.
The fastest time of the night came in the last race. Going Places started smartly and went to the bend strongly.
The son of Droopys Cain and Going Voting raced five lengths clear of Oldburrin Diva into the second bend. The lead was down to four lengths into the third as Ballybough Murt joined Oldburrin Diva in the pursuit of Going Places.
Both challengers finished well but Matthew Ryan’s Going Places was home and hosed by a length and a half in a sizzling 29.01.
In the a3 stakes there were wins for Fleece Em Jim, Bull Run Petal, Dutch Dream and Kearneys Champ.
After going close last week the Sheila Devoy trained Cashmere Kid made no mistake this time. Well housed in one, Cashmere Kid led up Condor Merlin before racing three lengths clear into the back straight.
Cashmere Kid extended her lead to six lengths into the third as she took complete control. An Cailin Alainn ran on to claim second spot.
There was no catching Cashmere Kid as she obliged by five and a half lengths in 29.31.
Ratchies Aratzi doubled up for Sheila Devoy in the second race. After a level start, Oldroad Bulley took over at the bend.
Two lengths clear of Ratchies Milano at the second bend, Oldroad Bulley saw his lead cut as Ratchies Aratzi stormed into contention. Momentum carried Ratchies Aratzi to the front and she raced to a win in 29.80. Bogger Ophelia was second.
Avongate Class led up on the rails in the a2 contest. In front around the opening turn, Avongate Class moved two lengths clear into the second.
Ya Never Rang chased but made no impression. Ya Never Rang closed up the home straight and the pair crossed the line together. The verdict went to the Murt Leahy trained Avongate Class by a short head in 29.48.
The first round of the Pauline Lennon a3 stake got underway with victory for trainer Murt Leahy and Fleece Em Jim. Pookies Plan Cee started best but pushed inwards. This allowed Fleece Em Jim and Ballydaniel Sky plenty of room on the outer.
Ballydaniel Sky led out of the first bend and was three lengths clear of Fleece Em Jim into the second. Fleece Em Jim closed the gap into the third and on the run home out-stayed Ballydaniel Sky.
Fleece Em Jim won by three lengths in 29.31.
The second heat went the way of the reserve, Bull Run Petal. Dog Gone Dreams and High St Brute went to the first bend together.
There was bumping and both ran off the first bend. Lemon Ger and Bull Run Petal came through and were together at the second bend.
The duo were still together into the third. Bull Run Petal had that bit more to give and got the better of Lemon Ger on the run home. Bull Run Petal won in 29.50.
The in-form Kearneys Champ, trained by Michael English, got into the winners enclosure again.
The winner battled it out with Annual Review into the first bend and got the bend in front. After Annual Review was pushed backwards, Kearneys Champ went on from the first bend.
Arcturus Legacy chased but Kearneys Champ was now three lengths clear. Kearneys Champ won for the third week in-a-row (29.63).
The fourth and final heat was won by Dutch Dream as trainer Murt Leahy completed his hat-trick.
The reserve Russmur Con showed his early pace again to lead up from trap 3. After getting the bend, Russmur Con moved three lengths clear into the second turn and down the back stretch as Dutch Dream tracked the leader.
Likely Gift was also on the premises, and it was Likely Gift who came through to take over at the head of affairs approaching the last.
Likely Gift looked a winner but Dutch Dream came surged on the outer to get up and win by a length in 29.63.
The penultimate contest saw Optimistic Misty fly to the bend. After leading around the opening turn, Optimistic Misty was a length up on Trumera Quarry at the second bend.
Trumera Quarry closed to within a half a length into the third. However, Optimistic Misty was not for passing and she dug deep.
Trumera Quarry conjured up a final effort, but the Thomas Buggy trained Optimistic Misty held on to win by a half a length in 29.35.