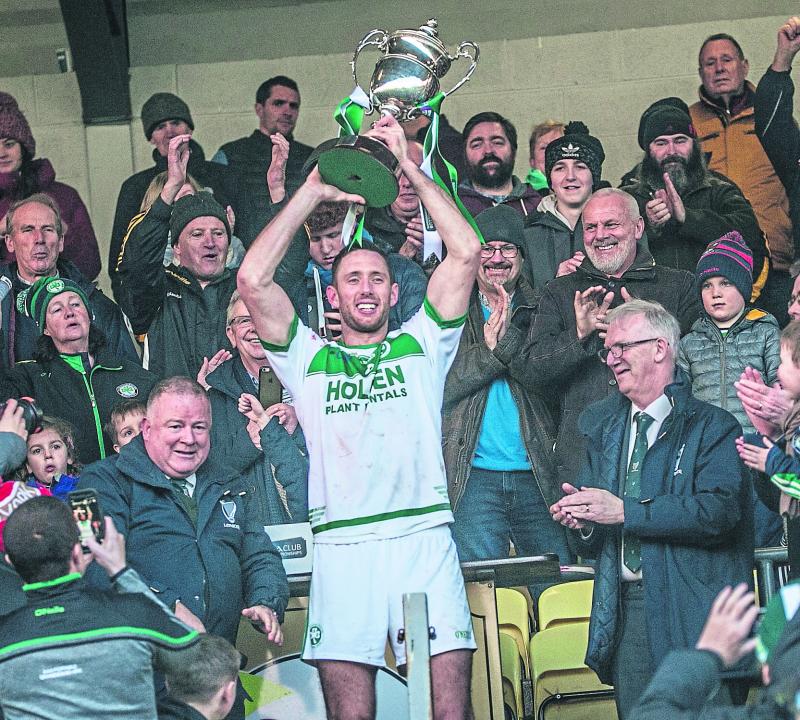 It was treble delight for Kilkenny GAA clubs in Leinster at the weekend when they underlined the county’s dominant position in hurling.
Ballyhale Shamrocks, Graigue-Ballycallan and Dunnamaggin ran up club victories No. 43, 44 and 45 overall as they captured the senior, intermediate and junior championships respectively.
This was the fifth time Kilkenny enjoyed the clean sweep, a feat yet to be registered by any other county.
The hat-trick was also registered in 2004, 2009, 2010 and 2014 with the Shamrocks, the biggest winners at senior level, involved in three of the golden years.
The Ballyhale brigade won the top title in 2009 and 2014 also to spearhead the county’s drive for dominance.
The three winners in 2004 were James Stephens (senior), Carrickshock (intermediate) and Galmoy (junior).
The next hat-trick in 2009 involved Shamrocks, St Lachtain’s (intermediate) and Blacks and Whites.
In 2010 the winners were O’Loughlin Gaels (senior), Dicksboro (intermediate) and John Lockes (Callan).
And in 2014 the crowns went to Shamrocks, Mullinavat and Bennettsbridge (junior).
Noreside clubs have all but owned the Leinster junior championship, winning it 14 times since it was introduced in 2000.
The newly crowned champions face the kings of Munster in the All-Ireland semi-finals in the New Year - Ballygunner of Waterford (senior), and Cork’s Charleville (intermediate) and Cloghduv (junior).
The junior and intermediate semis will be played on January 19/20 with the senior clash on February 9. No venues or times arranged yet.
Football Future
Meanwhile, the future of the Kilkenny Football Board hangs in the balance after the annual Convention arranged for Monday night in Nowlan Park was called off. Apparently only one club sent in representatives and the meeting was cancelled.
As no officers could be elected, there is no new ’Board in place. The matter will now have to be sorted by the County Board.
Clubs are already busy preparing for the 2019 hurling season. A number have put new managers in place in recent weeks.
Former Kilkenny star, Paddy Mullally, who hails from Glenmore, will take over as manager in Mullinavat. He met with the squad at the weekend.
Selectors appointed to date are Tony Duggan and Derek Dungan, while Ciarán Boyle will have responsibility for all aspects of training. Mr Mullally has been working with the Kilkenny senior camogie squad for a few seasons.
Maurice Aylward, who stepped down from his role with Mullinavat after serving an agreed term, will take over as manager with intermediate club, Thomastown. Selectors appointed were Shane Lanigan and Richard Murphy.
Training
Elsewhere St Lachtain’s have acquired the services of Tommy Buggy, who has already held a meeting with the squad. He will be joined by selectors, Jonathan Doheny, Mark Kavanagh and Tommy Kennedy, while Stephen Farrell will have a role in the training.