Billy Sullivan - a man at the centre of hurling's universe 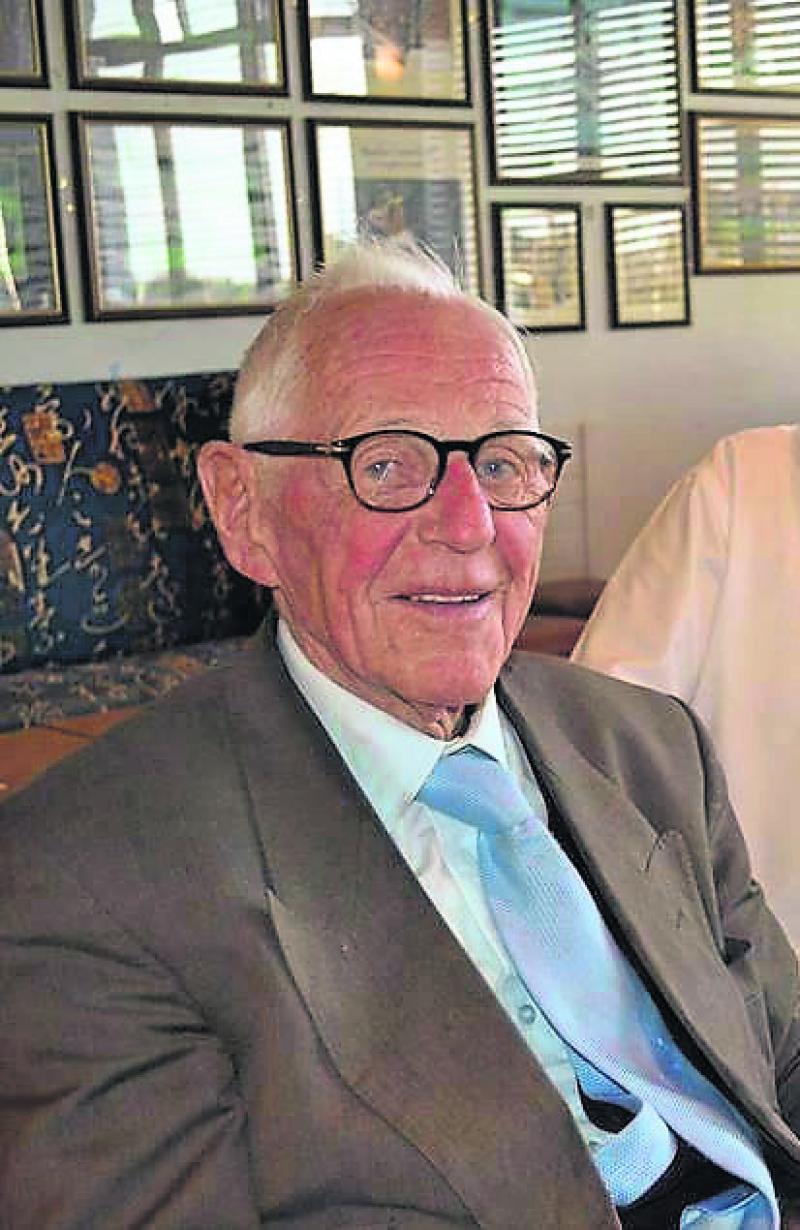 Billy Sullivan wasn’t doing his rounds last Sunday night. John Street wasn’t the same. Kilkenny wasn’t the same.
How long had he been part of the furniture of the street, even before his time as a butcher there? For decades. How long had he been an O’Loughlin Gaels stalwart? Since the club’s foundation. How long had been a parishioner of St John’s? Since June 30th 1930, when William Patrick Sullivan made his way into the world.
Google the words “a great character” and a photo of Billy comes up. He was fizzing with life, ageless, a rubber ball of a man, small and lean and wiry and always well dressed. If he was well able to pull first time when he decided the occasion required it, his bark was worse than his bite. He was full of chat and humour, always happy to sing a verse (Forty Shades of Green was his party piece) and always happy to make new friends.
He made plenty of them on the trip to Thailand with the Kilkenny hurlers in 2001. Another pal was the former Clare selector Tony Considine. Then there was Heather, the delightful lady from Antrim he encountered and charmed one Sunday night in Langton’s last year. “He never got married..?!” she asked in amazement afterwards.
His fanaticism for hurling was unquestioned and unquestionable. Back in the 1970s Kilkenny was the centre of the universe and Billy, as Paddy Grace’s sidekick, was at the centre of that centre. He was in Langton’s one Friday night a couple of months back when Nicky Orr passed through at a wedding. They hadn’t seen each other for years but they sat down and suddenly it was 1974 all over again.
But Billy could go back before that, back to – a favourite phrase of his – “long long before your time”.
“It’s not today’s men who have made Kilkenny famous,” he declared in the front bar of his favourite hostelry the Sunday night before the 2010 All-Ireland final. “It’s the men of years ago.”
Quite. Billy – or Bill, or Busty - is gone and a fount of lore has departed with him. There are not too many people left who were at the 1949 All-Ireland junior final in Nenagh, when Kilkenny were beaten by Clare. Or at the 1956 decider in the same grade, when they saw off London in New Eltham. Or who kicked football for St John’s with Jim Langton, Jack Mulcahy, Andy Heffernan, Mickey Mac and sundry Ryans from Clara.
He was a first cousin of my father’s and these past few years I’d meet him on a Sunday night in Langton’s or Brogan’s, along with Tony Deegan and Tommy O’Connell. The topics of conversation never varied.
The weekend’s matches. What had happened in other sports. Who’d said what “above in the club” earlier that evening. Tales of games long ago and of his days umpiring for Paddy Johnston. A Paddy Grace anecdote. “The Lord be with ye,” was his signature parting shot en route to the Roma Café for the bag of chips from Henry, his pal behind the counter, that signalled the end of the show.
Billy’s drink of choice was known far and wide. Whiskey and pep (peppermint), accompanied by a drop of Smithwick’s by way of a chaser. He even had his own personally inscribed bottle of peppermint behind the counter in Langton’s. As legends do.
The passing of any other 88-year-old would scarcely have raised an eyebrow. The passing of this 88-year-old, quite the freshest and spryest man of his age on the planet, came as a shock. That wicked, winnowing, ceaseless spring hit him with a flu that took him months to shake off and left a residue. I’d long been looking forward to his 90th birthday party, assuming it was not so much a case of if but when. I was wrong.
The reaction on the O’Loughlin’s Facebook page told its own tale. Over the next 24 hours the dreadful news attracted no fewer than 170 comments, nearly all of them along the lines of “What a gentleman”, “Legend” or both. They won’t be doing that for you or me.
Flooded in at home in Cratloe, Tony Considine couldn’t make it to St John’s on Wednesday morning. But the Graces - Billy’s other family, as it were - were there in force. One of their number, that lad of the Walshes from Tullaroan, read the first lesson. Our man would have been thrilled. And Leo Monagle played Forty Shades of Green on the organ. He’d have enjoyed that too.
O’Loughlin’s will be a quieter place without him. Lenehan’s and Langton’s ditto. Me, I’m still trying to process the reality that Billy Sullivan is no longer around the place. Then again, aren’t we all?
In honour of the great man I stopped off in the Roma on Sunday night for a bag of chips and mourned his passing with Henry (or Enrico as he’s known in Italy). There was something in my eye on the way home. It was probably the rain. Even though it wasn’t raining.