Kilkenny champions, Shamrocks get through for final shoot-out with O'Loughlin's 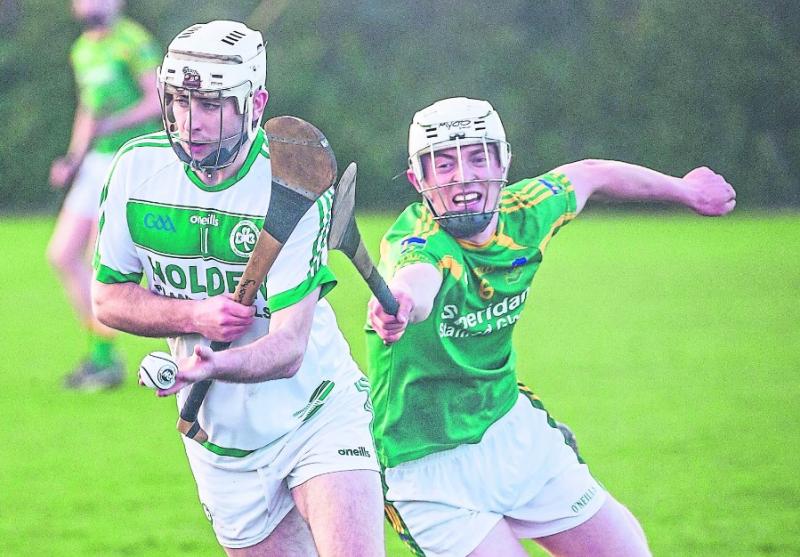 Champions Ballyhale Shamrocks were pushed all the way, and in the end they needed an 80th minute point from sub Martin Davis to secure victory over defiant Dunnamaggin in this gripping Kilkenny under-21 Roinn A hurling semi-final in Danesfort today.

The last point from Davis guaranteed Shamrocks passage through for a county final meeting with O'Loughlin Gaels next weekend, most likely in Nowlan Park on Sunday.

This was a close and hard fought encounter from the start. Although playing against the strong wind, Shamrocks made most of the running during the opening half.

The losers led for just 60 seconds between the 24th and 25th minutes when a point from a free by Conor Hoban gave them the advantage (0-5 to 0-4).

Shamrocks earned parity with a point from Darragh Corcoran before free taker Eoin Cody pointed them in front. However, on the stroke of half-time Dunnamaggin goalie, Harry Walsh, levelled the scores again with a huge point from a free from 85 metres (0-6 each).

It was Dunnamaggin who got the upper-hand in the early stages of the new half. Shamrocks trailed until Eoin Cody (free) pointed in the 41st minute to level the scores again: 0-10 each.

The losers had an attacker dismissed turning into the last quarter, but the determined '14' on the field just wouldn't surrender. They kept up a ferocious chase. They were a goal behind with three minutes remaining when driving centre-back, Michael Cody, lashed home a penalty.

That score drew the match at 0-15 to 1-12 at the end of regular time, after both sides missed a late chance to snatch victory.

At the break in extra-time Dunnamaggin showed 1-16 to 0-17 in front after playing with the wind. At the mid-way point in the closing period of 10 minutes Shamrocks regained parity via a minor from Adrian Mullen.

They raced on, Evan Shefflin and Joe Cuddihy, hitting the target. Again Dunnamaggin dug in and landed two scores against Shamrocks one before Martin Davis secured victory for the latter in the 80th minute.