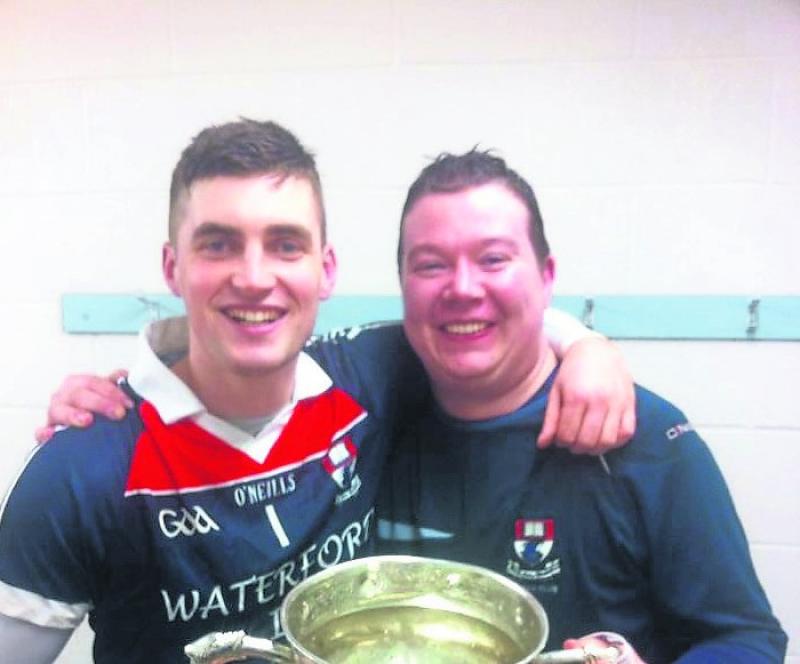 Patrick O'Flynn (right) is the new Carlow under-20 team manager

Kilkenny man, Patrick O'Flynn was appointed manager of the Carlow under-20 hurling team at a meeting of the Carlow County Board tonight.

The St Martin's (Muckalee) clubman was appointed for a two year term in what will be his first post as an inter-county manager.

O'Flynn, the current PRO of Bord-na-nOg in Kilkenny, has enjoyed a long and successful association with WIT. He has been working with Fitzgibbon Cup sides in the college since 2009 as selector/coach.

He worked with Colm Bonnar when WIT reached finals in 2010 and 2015 and during the winning year of 2014. He is currently in his second stint as Freshers hurling manager at the college.

The 33-year-old has enjoyed spells as manager with Ballypickas (Laois) and Rathcoole Commercials (Dublin) and he was part of the backroom team with Mullinahone (Tipperary) this year when they reached the South final.

Mr O'Flynn, a former student at St Kieran's College, has been working with the Kilkenny Development Squads since 2007. He has been involved at various levels with under-age teams at his club, and it was always expected he would eventually take the step up to inter-county management.

The backroom team will be appointed later.