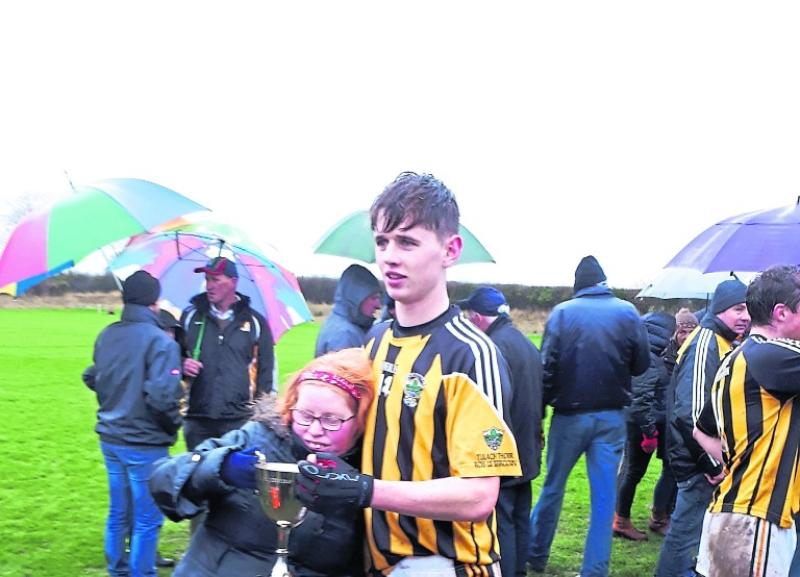 Hennessy, who lined out at full-forward although carrying a calf muscle injury, helped himself to 1-10. Most of the points came from frees after Hennessy was fouled himself, as Graignamanagh were put to the sword during an all action second half.

Graig enjoyed slightly the better of things during the first period. Three times the scores were level as the opening six points were equally shared along the way.

Tullogher conceded the opening point of the closing half to Dreeling from a free, but from there on they simply took over. With Jason Shiely lording it around midfield and on his own ‘40’ and Hennessy striking fear in the opposition every time he went near the ball, the winners powered on.

Three pointed frees from Hennessy levelled the scores at 0-7 each by the 35th minute. Tullogher hit the front for the first time on 40 minutes when a late tackle on David Walsh presented Hennessy with a chance from a free which he snapped up.

Graig had a player dismissed after being shown a second yellow card in the 50th minute. They were 0-11 to 0-7 behind at the time, and the game was running away from them.

The above mentioned pair were in the thick of the action again in the 54th minute when Tullogher wrapped up the title. Walsh drilled in a ball which Hennessy finished to the net (1-13 to 0-7).