Kilkenny to battle for club games at Congress 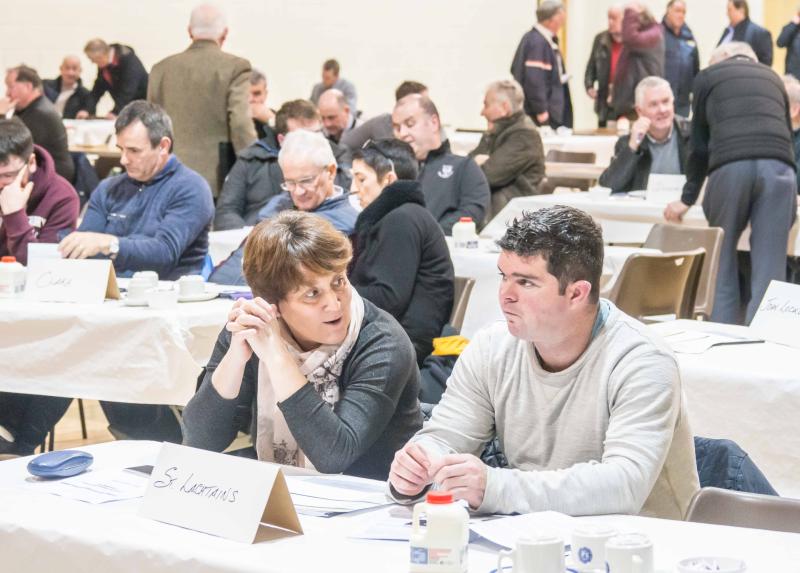 Kilkenny is gearing up for a battle on the floor of GAA Congress in a bid to get a better deal for clubs.
Delegates at annual County Board Convention gave their full backing to a motion it is hoped will come before annual Congress.
The motion calls for the pushing back of the All-Ireland senior finals which would free up space in the prime playing time in mid-Summer during which clubs would see more meaningful action.
Owing to the extended inter-county games programme last season, including the Round Robin series in Leinster, Kilkenny senior and intermediate clubs in particular ended up getting a raw deal.
They saw action in the prime leagues and championships suspended for 17 weeks during the Summer months.
Clubs were furious. That outrage hasn’t subsided.
There is a suggestion on the table following a recent club Forum that Kilkenny outfits might get an extra round of games early in the league next season, but not everyone is happy with that idea, apparently.
One got a hint at Convention on Monday night that like minded clubs were thinking of coming together and going as a delegation to GAA President, John Horan.
The idea is that they would make a personal appeal to the President to use his influence to get clubs a better deal in the congested high season games programme.
It is a long held belief in the GAA that so called football counties have too much say in the making of decisions which often impact negatively on hurling.
The current lack of action for Kilkenny clubs in the height of the season is viewed in that light.
Hence, Kilkenny’s absolute support for the motion at Convention. Hence, clubs continued frustration that could yet lead to a delegation going to the President.
Kilkenny’s well structured 12 team, two group senior and intermediate leagues and championship format is reckoned to be a major reason behind the county’s success at inter-county level and clubs want to retain it.
Such was the enthusiasm for the motion tabled in the name of the O’Loughlin Gaels club that it was passed by a massive show of hands almost without discussion.
The motion was moved by County Board secretary, Conor Denieffe. He said the idea behind it was to try and create a window - a month or so - during the height of the season when club games could be played.
The motion called that Rule 6.31 All-Ireland finals be amended to read: “The All-Ireland senior finals shall be played in Croke Park. The finals shall be played on or before the third Sunday in September on dates to be determined by the Central Council. In exceptional circumstances the Central Council may make other arrangements.”
In a later contribution, Mr Denieffe said he didn’t want the GAA to cede September to other sports because it could end up losing out.
There was no guarantee Kilkenny will get the motion on the agenda for Congress, but officers insisted they would do all they could to make it happen.
There was one vote during the election of officers. Four delegates put their name forward for the two vacancies on the Leinster Council - Willie Dempsey (outgoing), Pat Nolan, Tom O’Reilly and Val Malone.
Mr Dempsey (Thomastown) and Mr Malone (James Stephens) were elected.
Other officers - Jimmy Walsh, Windgap (chairman); P.J. Kenny, Lisdowney (vice-chairman); Conor Denieffe, O’Loughlin Gaels (secretary); Barry Hickey, John Lockes (treasurer); Paul Fitzgerald, Fenians (PRO); Pat Tynan, Danesfort (Coaching Officer); Sean Breathnach, Dicksboro (Irish Officer).
Delegates to Leinster Convention, Pat Henderson (Fenians) and Barry Hickey; delegates to Congress, Barry Hickey and P.J. Kenny.