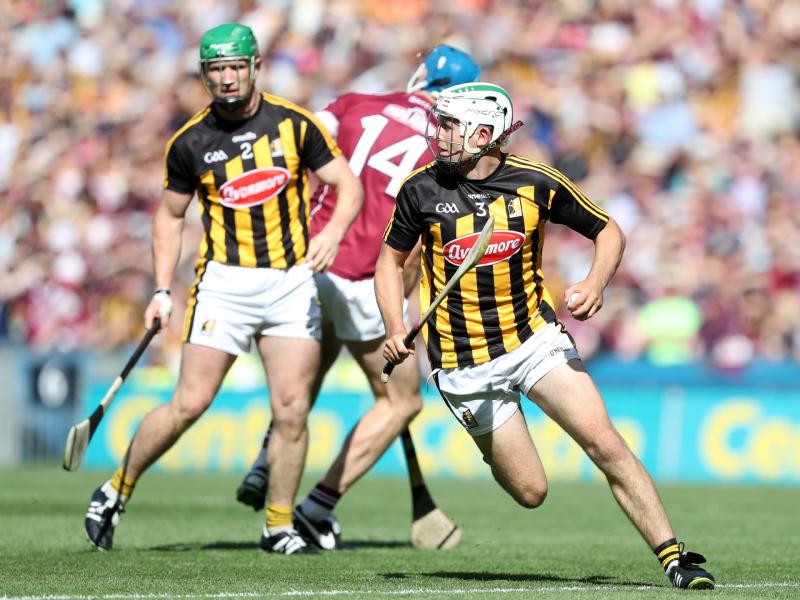 Kilkenny will swing into the new season without the services of former All-Star, Padraig Walsh.
The stout-hearted Tullaroan defender is currently nursing a knee injury and he could struggle to make the start of the defence of the Allianz National Hurling League.
Walsh, who will celebrate his 27th birthday in March, has been troubled by the knee for some time and there were fears at one stage that the injury might require surgery.
However, he visited a specialist in recent weeks and after treatment that included a number of injections he is back running.
The former All-Star is mad keen to get back into action.
Former captain, Cillian Buckley, continues to be troubled by the knee injury that restricted him to just one outing with his club, Dicksboro, last season.
He played no part in the November Wild Geese exhibition match against Galway in Sydney, and he may miss the early action too.
The Cats open the 2019 season in what will be a low key Walsh Cup semi-final against Wexford in Bellefield, Enniscorthy on Sunday (2pm).
Final next weekend
The winners play either Galway or Dublin in the final the following weekend, with the start of the League against Cork at Nowlan Park a mere seven days later.
With a good number of squad members unavailable because of club commitments, Kilkenny manager Brian Cody will introduce new faces.
The likelihood is that the likes of Huw Lawlor, Conor Browne, Robbie Lennon, Jason Cleere and so on will be given their head.
Last year injury and illness curtailed the involvement of Richie Hogan, Ger Aylward and Conor Fogarty, but all should be ready to go from the off this time.
The selectors are working off a big squad, including under-20 panelists Michael Carey, Evan Shefflin, Adrian Mullen and Niall Brassil, but players from Kilkenny and Leinster championship winners, Ballyhale Shamrocks, Graigue-Ballycallan and Dunnamaggin won’t be expected to return until after they finish in the All-Ireland series.
That brigade includes T.J. and Richie Reid, Joey Holden, Colin Fennelly, Evan Shefflin, Adrian Mullen, Billy Ryan, Michael Cody and others.
The possible shape of things to come from Kilkenny may not be known until well into the season.
Meanwhile, Kilkenny under-20 team manager, D.J. Carey has completed the backroom team that will serve with him this season.
The selectors are Liam Smith (James Stephens), Peter O’Donovan (Erin’s Own) and Nigel Skehan (O’Loughlin’s). They will be joined by Michael Comerford, O’Loughlin’s (strength and conditioning), Dick O’Neill, Bennettsbridge (kit man) and Maurice Walsh, Bennettsbridge (video analysis).
The selectors have already held a number of trials. They will continue the work with a challenge against the Carlow under-20 squad - trained by St Martin’s clubman Patrick O’Flynn - this evening (Wednesday) and another against UCD on Sunday.
The finalised minor hurling selection committee is - Richie Mulrooney, Dicksboro (manager) with selectors Adrian Finan (James Stephens), Sean Kelly (St Martin’s) and Martin Carey (Young Irelands). Brián Ryan (Fenians) will be the hurling, skills coach while Mr Kelly will look after strength and conditioning.
Meanwhile, county champions Thomastown have nominated sisters Anna and Meighan Farrell as joint captains of the Kilkenny senior camogie team for the 2019 season.