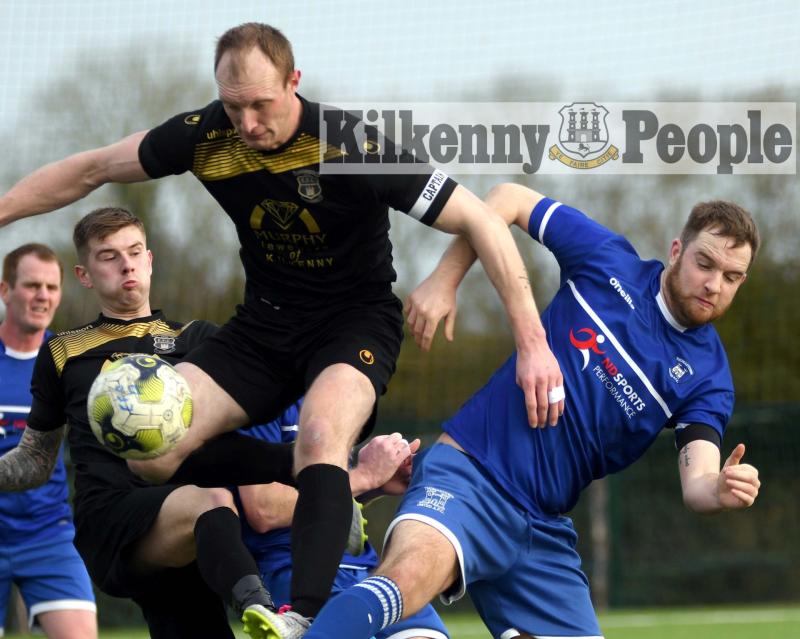 While the old year didn’t end in the best of fashion, 2019 started just as miserably for Freebooters A when they crashed to another loss in the Kilkenny & District League.

The previously unbeaten Blues lost their 100% record in the Premier Division when they were undone by Clover United in their last game of 2018. The away day jinx struck again when Deen Celtic got one over them at the Prince on Sunday morning.

Scoreless at half-time, the game’s tempo stepped up when the home side picked up pace in the second half. Spurred on by the hard work of Michael McDonald, Padraig Delaney and Colin Phelan Celtic made the pressure count when they grabbed the only goal of the game on the hour, Michael Moran scoring after Ciaran Farnan had turned a venomous Ryan Maguire shot out for a corner.

Celtic were on fire and were denied a second goal when Jamie Holohan headed inches wide from another corner. The final stages saw Freebooters raise their game but, for all their efforts they couldn’t find a goal to earn a share of the spoils.

The result means Thomastown United A remain three points clear at the top of the table, but now have a game in hand on ’Booters.

Elsewhere Ross King was among the goals again as Clover United made it two wins from two. 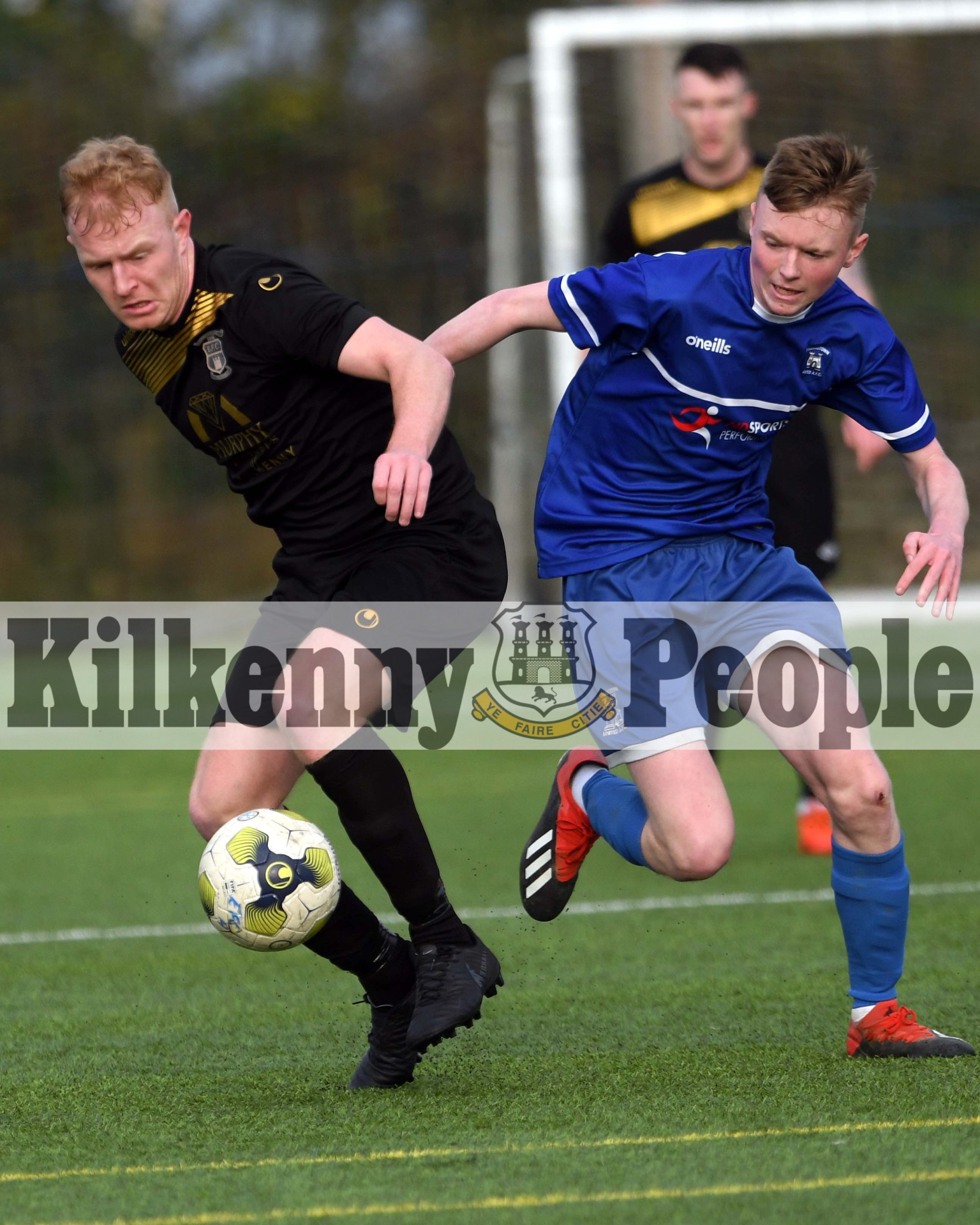 The Rathdowney side had picked up just two points from their opening seven games in the top flight, but made it back to back wins when they beat Evergreen B 4-1 on the Kells Road.

King, who scored in the 3-1 win over Freebooters a week earlier, was at it again as he chipped in with a brace for the visitors. Eddie Teehan got the only goal for Evergreen, who have now picked up just one point from their last three outings.

It was honours even in Graignamanagh where Fort Rangers struck a late rally to earn a 2-2 draw with Highview Athletic. Things looked grim for Fort when they trailed 2-1 late on (Stephen McKenna scored the visitors, who also leaked an own goal to the hosts) but Colm Phelan’s strike saw them go home with a point.

Bridge United have enjoyed a great run in Division One and stretched their lead at the top of the table when they beat Spa United 10-0 on Sunday.

Jason Holden led the way with a hat-trick in Johnstown, while Chris Kavanagh and William Hennessy helped themselves to a brace apiece. Sean Murphy, James Barcoe and Martin Cummins also on the scoresheet it was a good day for Bridge, who are now six points clear of second-placed Freebooters B.

There were plenty of goals in Division Two, where the chasing pack cut the gap on leaders Newpark A.Castlewarren Celtic kept up their charge, moving to within three points of the leaders thanks to a 3-1 win over River Rangers.

Ormonde Villa are third thanks to a 7-3 win away to Freshford Town - their third straight win - while East End United came from 2-1 down to beat Evergreen 46 4-2.

Bridge United B completed a great weekend for their club when they maintained top spot in Division Three.

Craig Wall, Eddie English and Josh Barcoe did the damage as United beat Freshford Town B 3-0 to stay a point clear at the top of the table. The win, their fifth straight success, keeps them just ahead of Paulstown 06, who beat St John’s 4-1. Highview Athletic B moved into third place thanks to their 2-1 win away to Newpark B.

It was a good weekend also for Tullaroan, who scored a big win when beating Deen Celtic B 7-1. Liam Lanigan and Kane Phelan led the way with two goals apiece, while Alan Ivors and Bob Hoyne were also on the scoresheet.

Evergreen A’s quest for a treble treble came to an end when Thomastown United hit them with a one-two to knock the champs out of the Maher Shield.

After a first half stalemate on the Kells Road all-weather pitch, Thomastown took just three second half minutes to go in front, Jason Quan turning a teasing Eamon Lyster cross into his own net.

Evergreen had the better of the chances in the early stages of the game, hitting the bar through Daragh Walshe, and ramped up the pressure again after falling behind but a steely defensive display from the visitors kept them at bay.

Led by young goalkeeper Jack Cullen, sub Jack Barcoe and the tireless Steven Connolly Thomastown held their lead in the face of pressure. They got their reward late on, Bobby Joe Walsh powering an unstoppable header home to make it 2-0 in the dying seconds of normal time.

Thomastown will play Highview Athletic in the Shield final, at a date to be confirmed.